We had a guest this past week that grew up coming to Red Lake with his family as a kid in the 70’s.   They stayed at Black Bear Lodge when Walt and Millie Rundle owned it before they built and started Eagle Falls Lodge.  During those trips they took the chance to fly into Parker Lake (yes, you read that right!) to camp and fish on Parker as well.  At the time the A-frame building that is currently the main lodge at Eagle Falls had just been put up.

Joe brought his family up this year for the first time and had some really cool pictures to share from those first trips up that provided a glimpse of our property and the first few years of Eagle Falls Lodge – before it was even an actual lodge!

Here is a picture of the plane coming to pick up from the dock on Parker Lake: 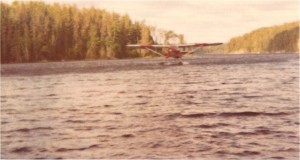 Here is Joe (on the right) with the A-frame in the background: 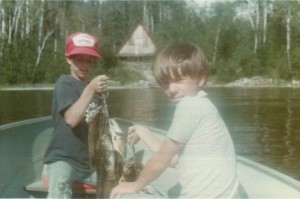 Another shot of Joe driving the boat with the lodge in the background: 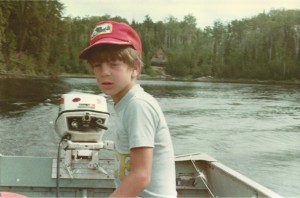 This shows the first official dock put in on Parker Lake after the log dock: 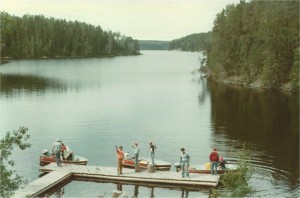 Joe and his brother again with a nice stringer of fish! 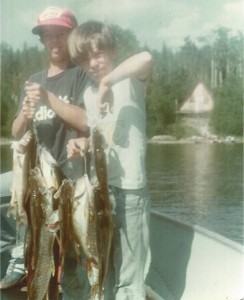 Here is a picture of Joe with his family now, along with his brother-in-law and nephew.  Those boys had a great time at the lodge; and we certainly hope Joe enjoyed his return to Parker Lake and to Eagle Falls Lodge. 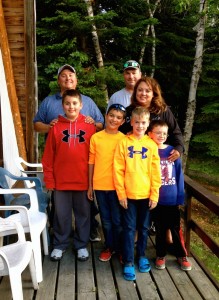 The lodge has come a long way since the 70’s!  How cool to get some pictures of the camp from way back in its beginning.  Thanks Joe!