Last week’s group focused primarily on northern pike and, as usual, had great success!  Here are some highlights: 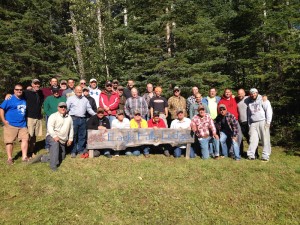 Rod caught and released this 40″ pike. 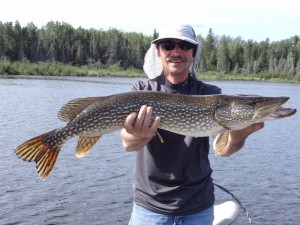 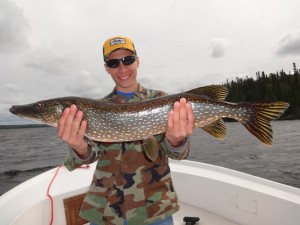 Kade’s also released this 43″ pike which was a tank. 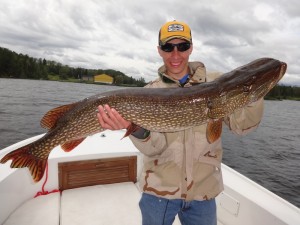 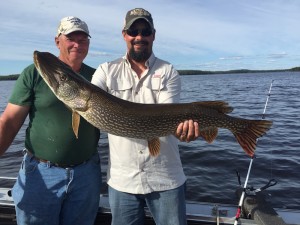 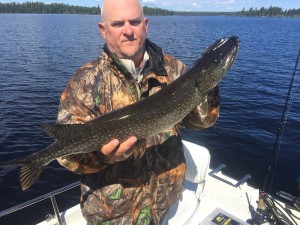 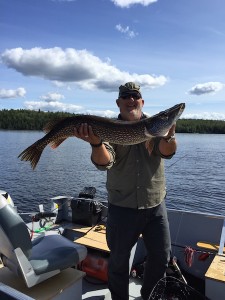 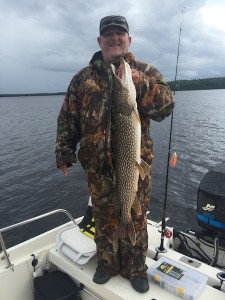 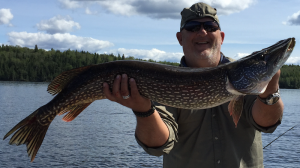 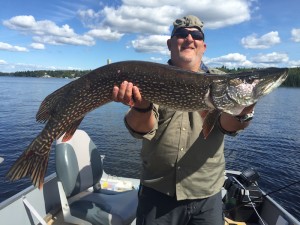 A couple of nice walleye hit the big trolling baits.  Ethan shows off a 27″ fish. 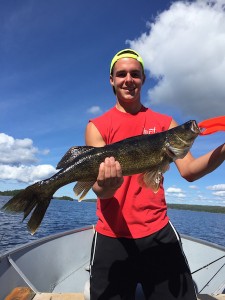 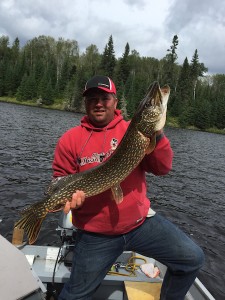 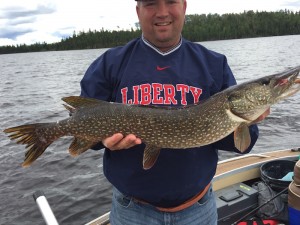 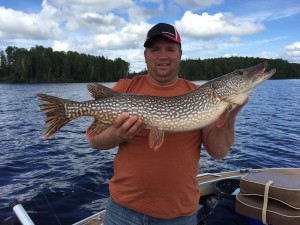 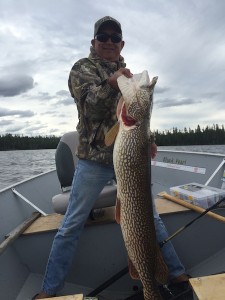 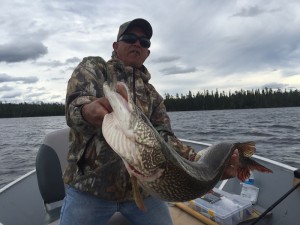 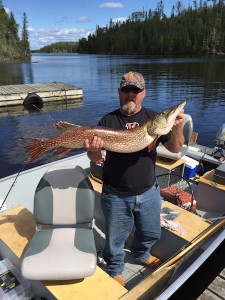 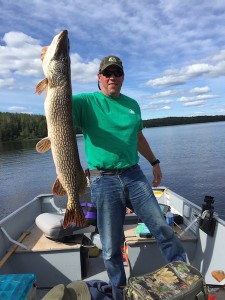 Thanks again to everyone for sharing pictures.  It’s hard to believe there are only two weeks remaining in the 2015 season.

There’s still room for a couple more boat names in the naming contest.  Get your suggestions entered by this Monday and we’ll open up voting on Tuesday the 25th!