I know I sound like a broken record, but HOW DOES THIS HAPPEN?  August?  Really?  Please tell me I’m not the only one that thinks the summer flies by WAY too fast.

Its totally uncalled for, really.  The weather has been just divine up here and even though it will be gone in a hot second we are trying to pause and soak it up.  This past week it was in the mid 70’s during the day, mid-50’s at night, low humidity and no rain!  There was enough breeze on the water to keep the walleye biting for most of the week as well.  And we all know how much that is appreciated.

Big walleye for the week belonged to Terry – 25.25″ walleye on Red Lake 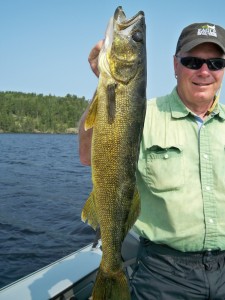 We had several walleye in the 20-24″ range as well – which are still a blast to catch!

Here is Lynne with her 23″ walleye on Parker: 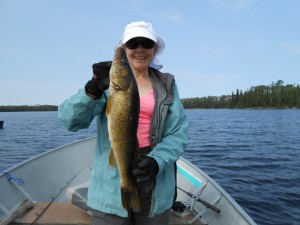 And Dave with a 25″ walleye – he was the week’s leader until the final hour of the big fish pot! 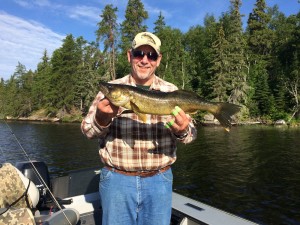 Charlie got this 22″ walleye on Parker: 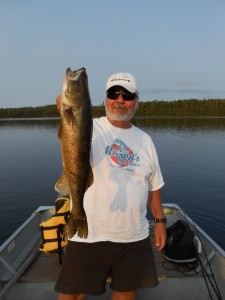 Natalie with her 24″ walleye on Red Lake: 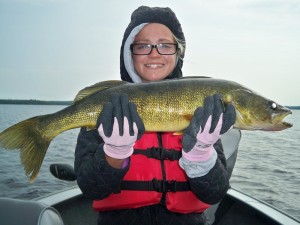 She also got a 33″ northern this week… 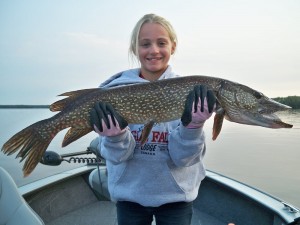 …and a sauger.  We hardly ever get shots of this species: 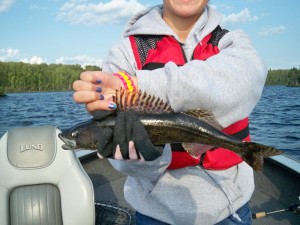 We had guests find endless schools of smaller walleye fry.  Just think of what these fish will bite like in a few years!  The fishery should be doing quite well in the future, I think. 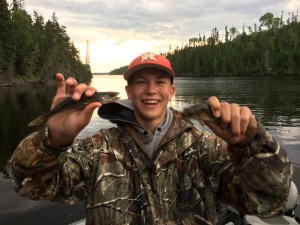 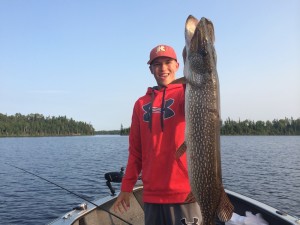 Check out this cool angle: 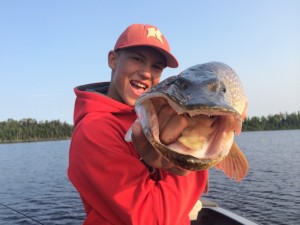 He hardly had any fun up here – ha!

Even though Dave was edged out in the walleye big fish pot, he secured the northern pot with this 43″ northern off of Red Lake: 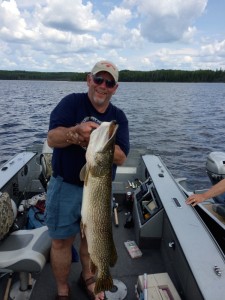 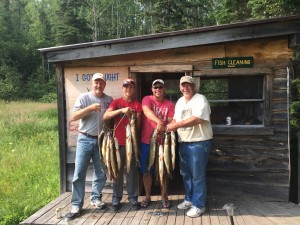 It was Carol’s first trip up, and as an amateur angler she held her own – literally! 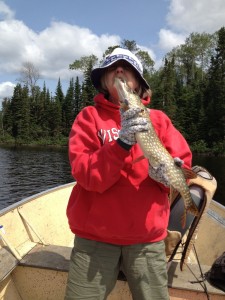 And yet another smallmouth on Parker: 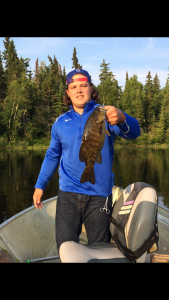 Austin caught this 17″ small earlier in the week.

Nice work everyone!  It is so nice to see all those fish caught AND released.  We certainly appreciate it.

Travis and I both managed to sneak in some fishing time with some of our veterans this week.  We didn’t get anything huge, but it is such a rarity to be the guest in the boat and treated like kings!  Thanks to Dave and Chad for letting us jump in with you guys.  And, George, you were greatly missed – can’t wait to see you next year.  I think there are a few lunkers left in the lake that will be patiently waiting…