The excitement is building as the 2011 fishing season approaches. We’re less than a month away and patiently waiting on the ice to melt in the Great White North. This year isn’t going to be a repeat of the record setting ice out we experienced a year ago. Hugh Carlson from Viking Outpost measured only 15″ of ice remaining in front of his place on April 21st. We’re expecting the ice out to occur in mid-May this year.

We’re making preparations for our departure in a few days and thought this would be a great time to review the BIG fish caught & released during the 2010 season. 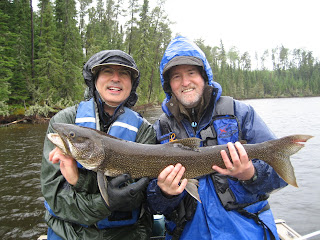 We didn’t have too many people fish for lake trout in 2010 although many big lunkers still reside in the lake. You can still fish for them with single barbless hooks and no live bait and they remain catch & release only. 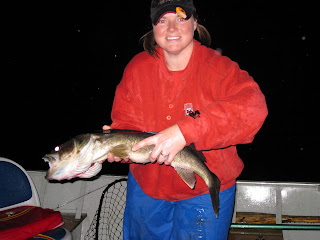 Numbers of fish were great once again although 2010 was a little down for what I would consider really really BIG fish. Considering the number of total fish caught especially in the 20″ – 26″ range really has me looking forward to what this summer will bring. 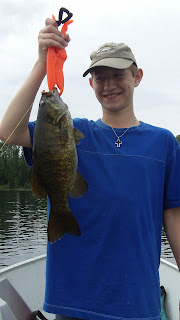 You won’t find smallmouth bass listed as a species in the Red Lake system in any of the guides. But here’s all the proof you need. Albeit this one was the only one caught. 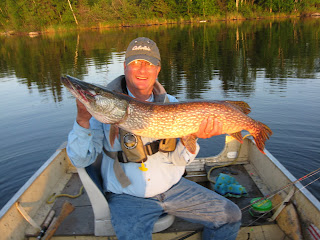 Alright…time to explain the asterisk. While Hays did catch & release a 47″ Northern it wasn’t by rod and reel. He happened upon a fish struggling on the surface near the boat. No evidence of disease or propeller marks was visible, but considering they were able to boat and measure the fish with ease I’m guessing this fish either ate an extra large meal and was having some digestion trouble or was close to succumbing of old age. Neat to see fish this big in the system though.

Congrats to Luke for the biggest rock bass of the year! These little guys are capable of a great fight and I love hooking into them.

I’m hope you are as excited about the 2011 season as we are. See you soon!