We saw some more incredible northern pike catches last week.  All of these fish were released. 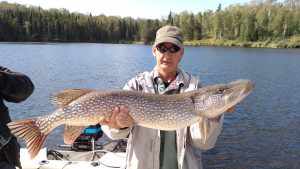 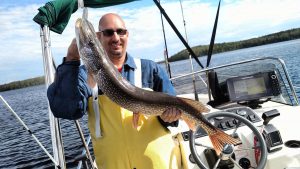 Travis took over the season lead on the catch and release board with this 44″ pike. 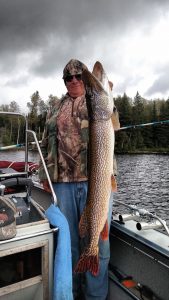 Then he topped it with this massive 48″ fish.  This fish was very stressed when it reached the boat so Travis & Rick wisely handled gently in the water and released without bringing into the boat.  Not sure I could do the same, but kudos to them.  This fish would be over 30 years old. 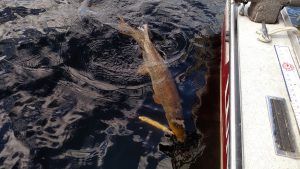 Travis added another 40″ before the week was over. 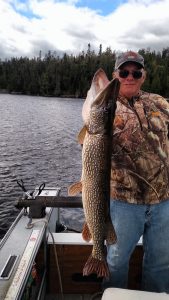 Here’s a nice fish over the slot. 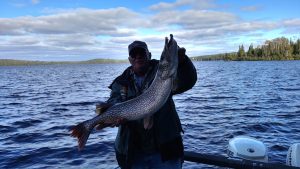 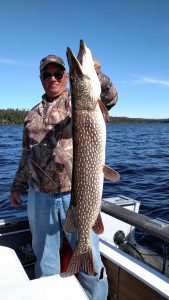 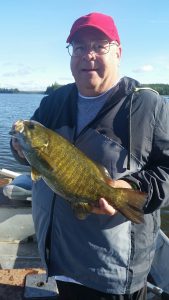