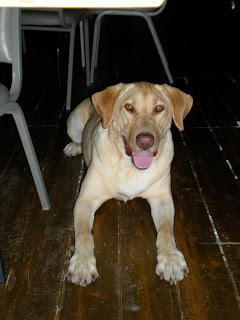 It has been a quiet year for bears in camp and that is mostly due to the efforts of our yellow lab Cosmo. He loves to run patrols around the camp and we’ve been fortunate to have only one bear visit all summer. Cosmo doesn’t let his duties end there. He also enjoys keeping squirrels high in the trees, seeing if ducks can outswim him, and scattering the abundant population of northern leopard frogs in camp this year. It’s comforting to have him along especially during the midnight trips to the generator in the woods. All it takes is one broken limb and he’s off like a yellow bullet to investigate. 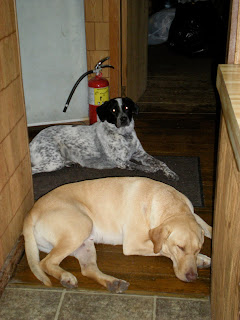 Of course it’s hard work keeping all the wildlife in check so an occasional nap is required. Here’s Cosmo and his visiting friend Phoenix.

Now we’re certainly not complaining about the lack of bears in camp. But it is fun to see them and there’s only one place you’ll see this many. No, it’s not the zoo, but the town dump. This photo comes courtesy of our friend Rob. 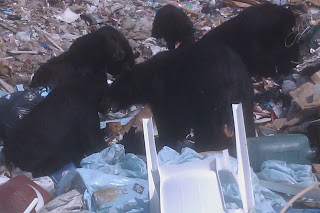