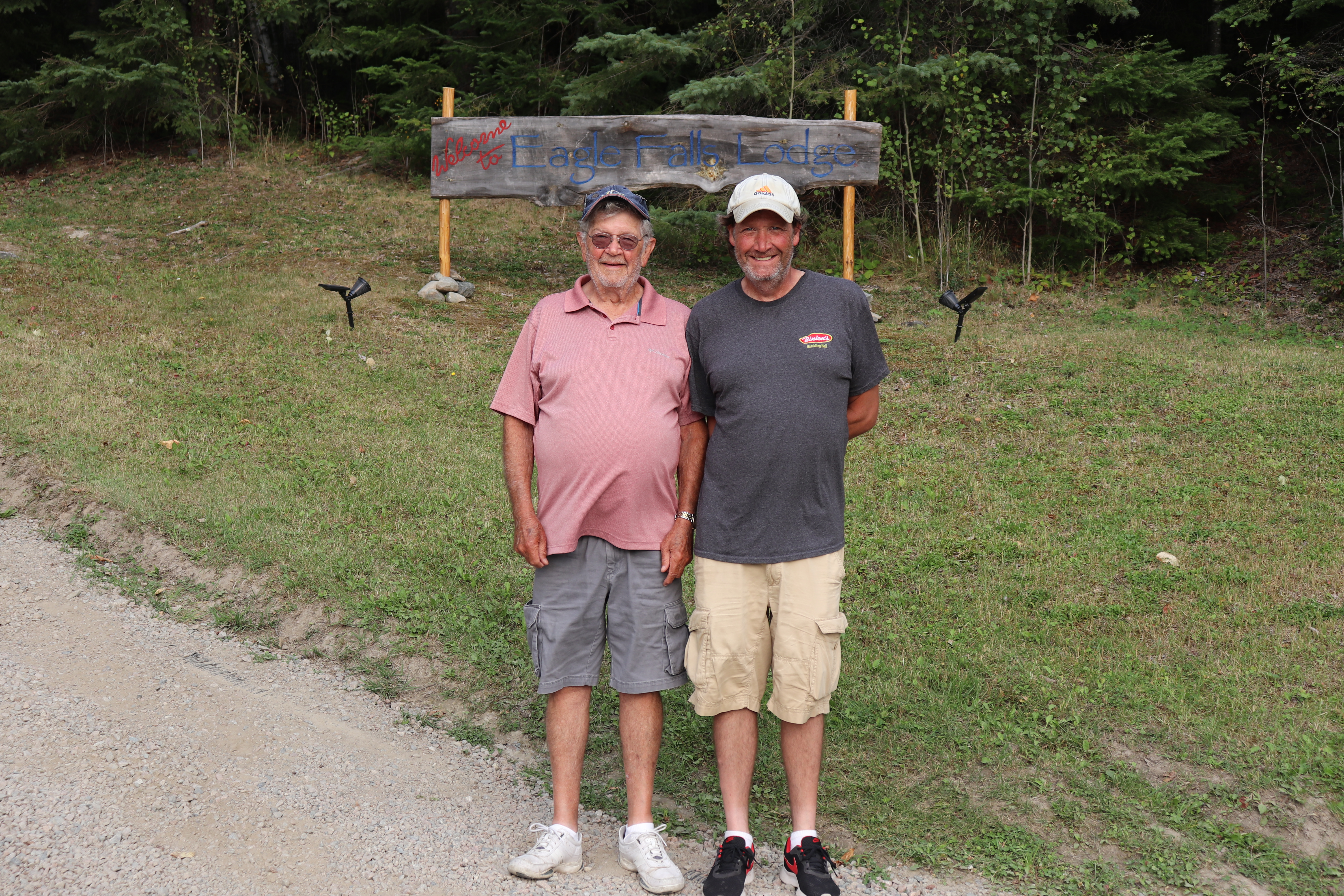 Tom and Ron Ingram all tanned up and heading home.

We started the week off by saying goodbye to Tom and Ron Ingram who enjoyed some of the best fishing on Parker Lake in many years!
Week two featured the return of two of the most season groups of fisherman known to us and probably the world. The Chris Sarkinen group from Minnesota (true Walleye Hunters) and the Hillsboro Baptist Church group (known as the Pike Slayers), both groups spent the entire week chasing fish and were not disappointed.
The walleye hunters spent most of the week on Red Lake catching and releasing some nice walleye in the 22 to 23-inch category. 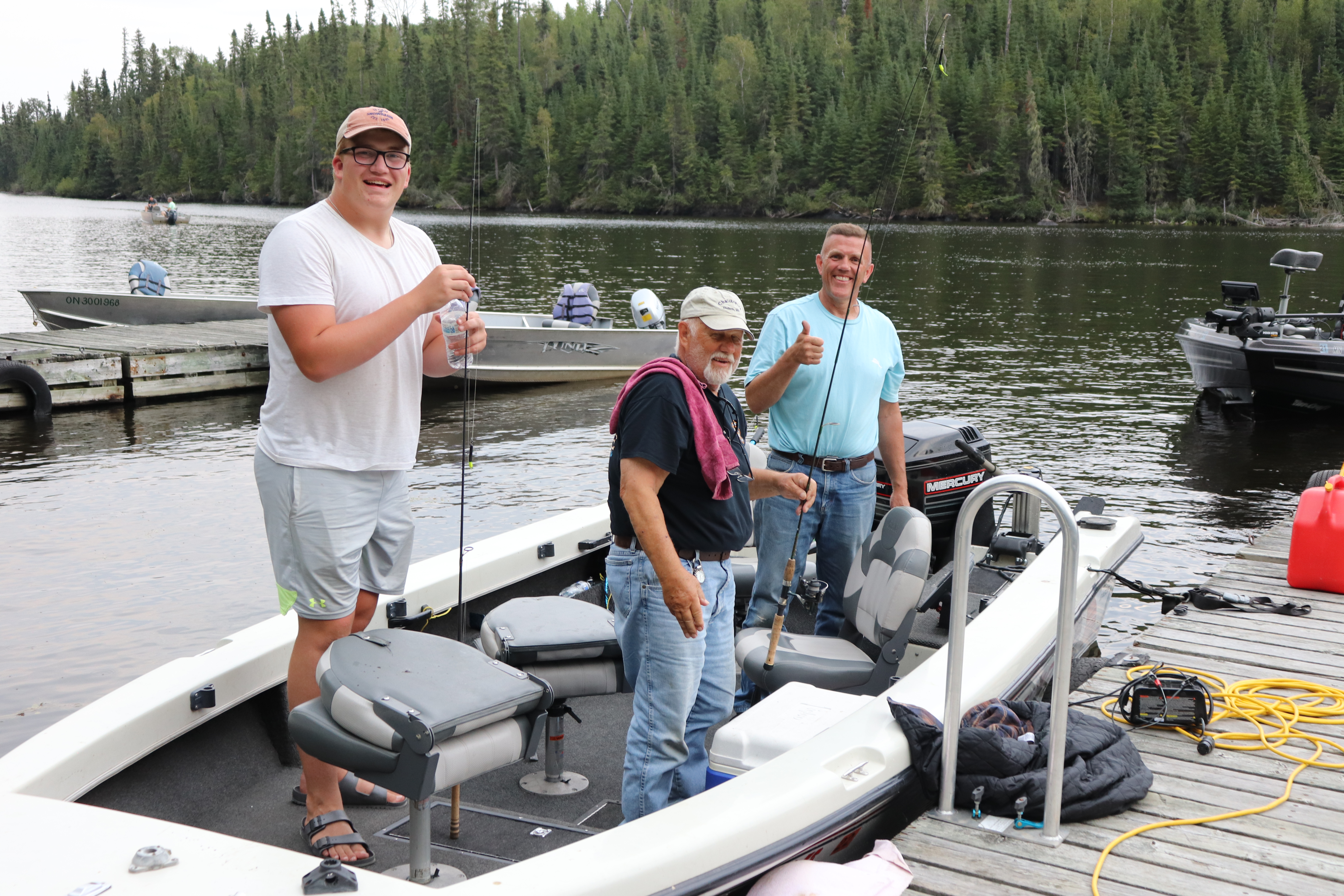 Cole, Ron, and Tim looking good and getting ready for another fine day of fishing on Red Lake. 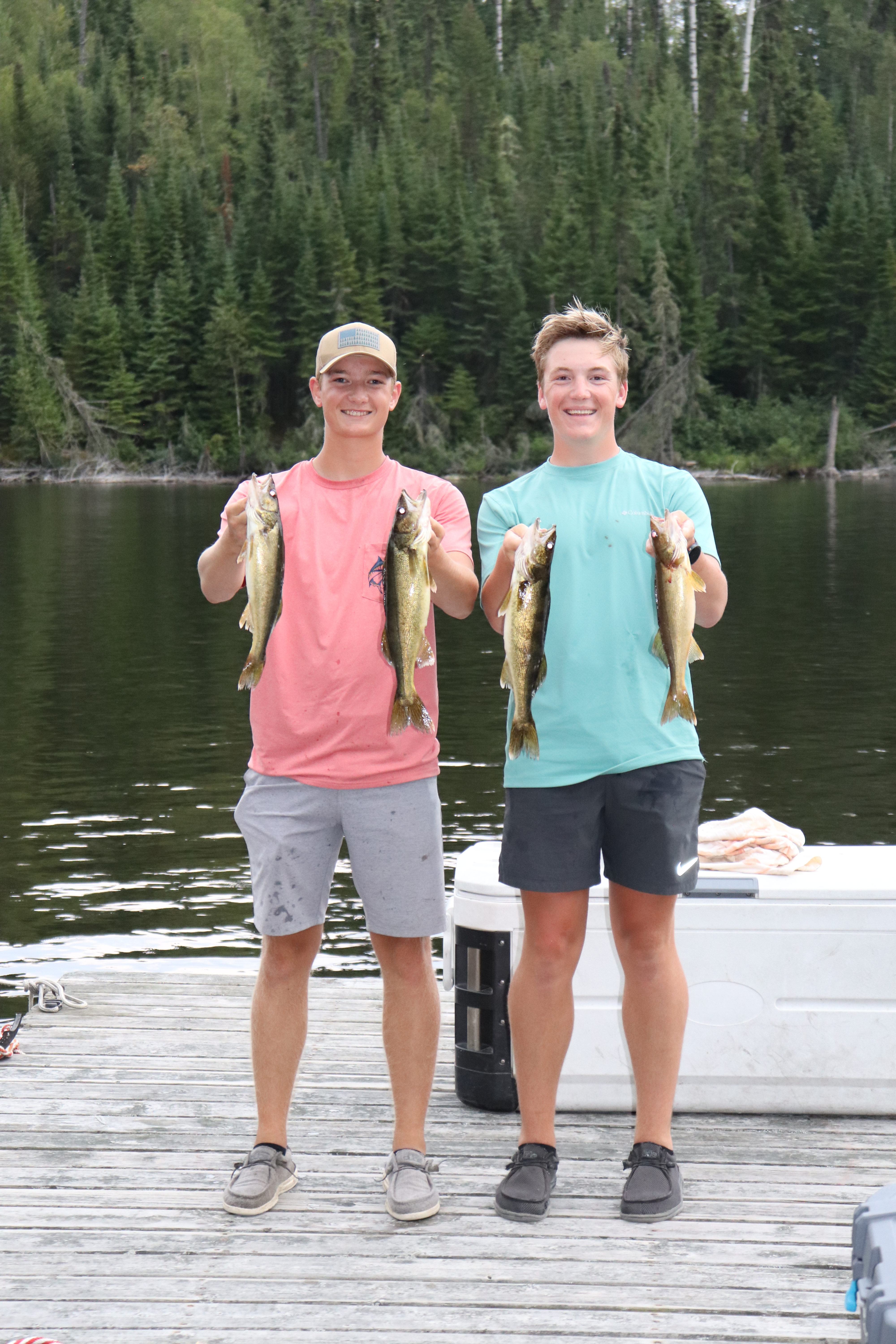 Matthew and Will are all smiles after catching some nice Red Lake walleyes. 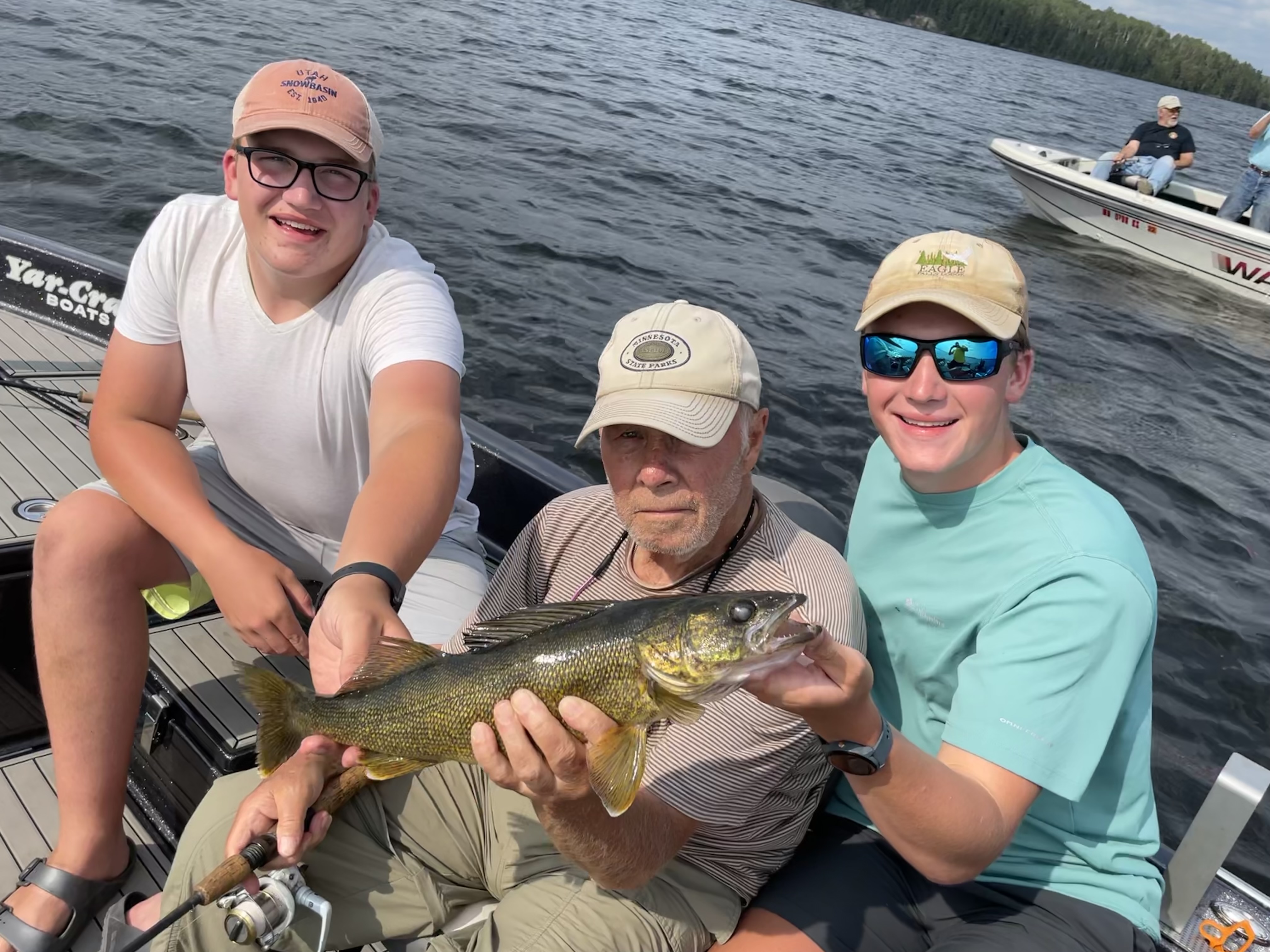 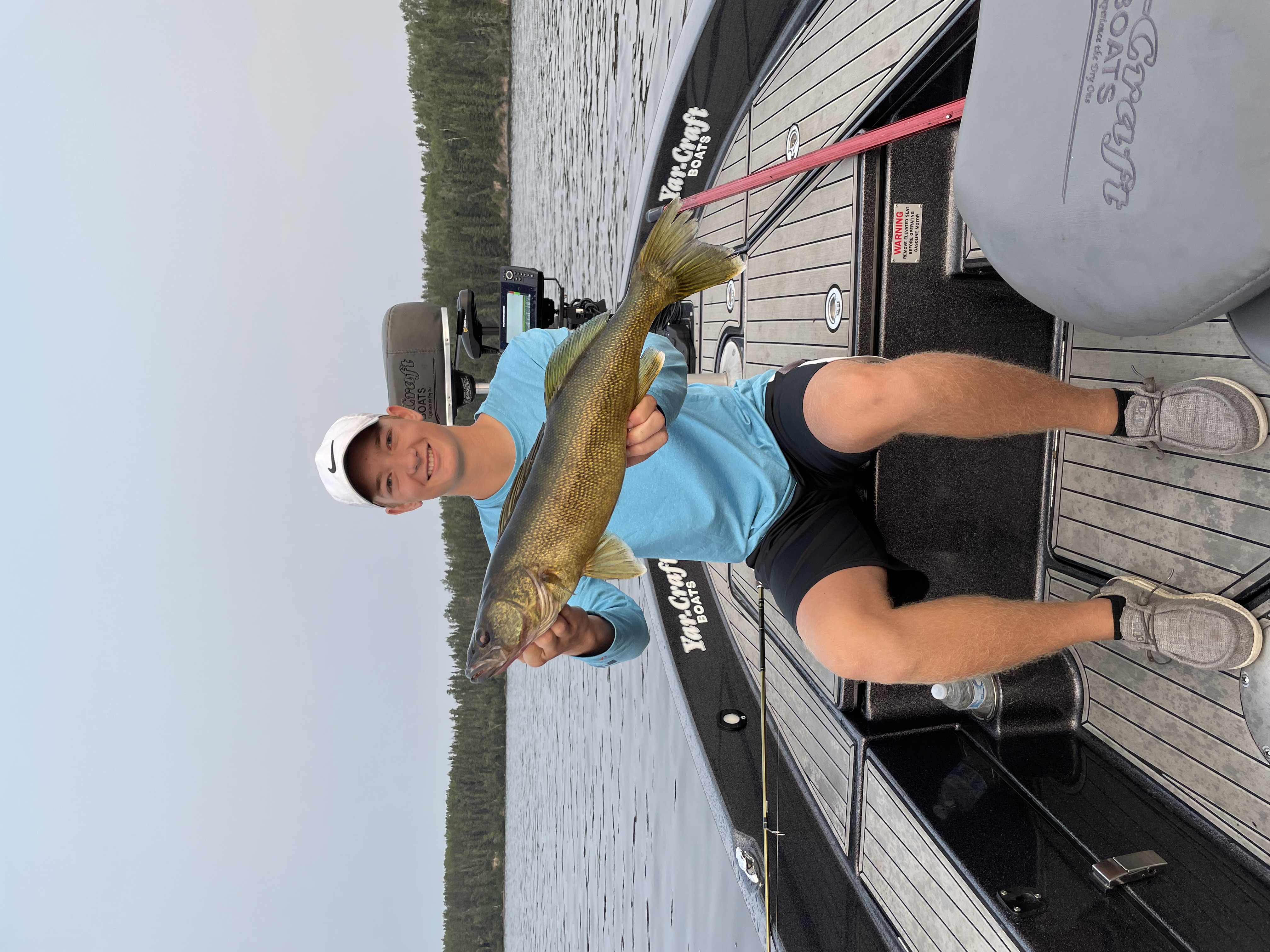 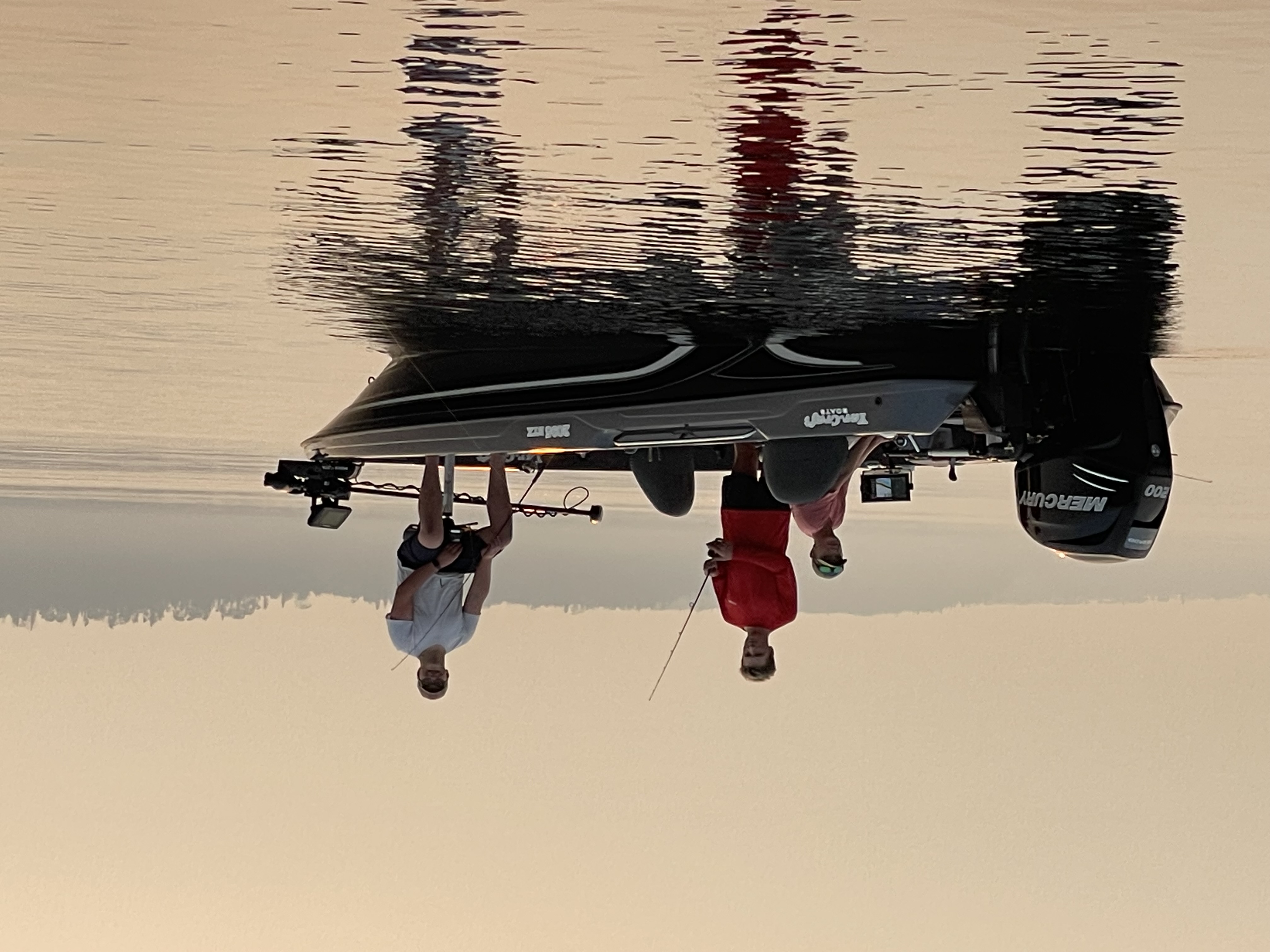 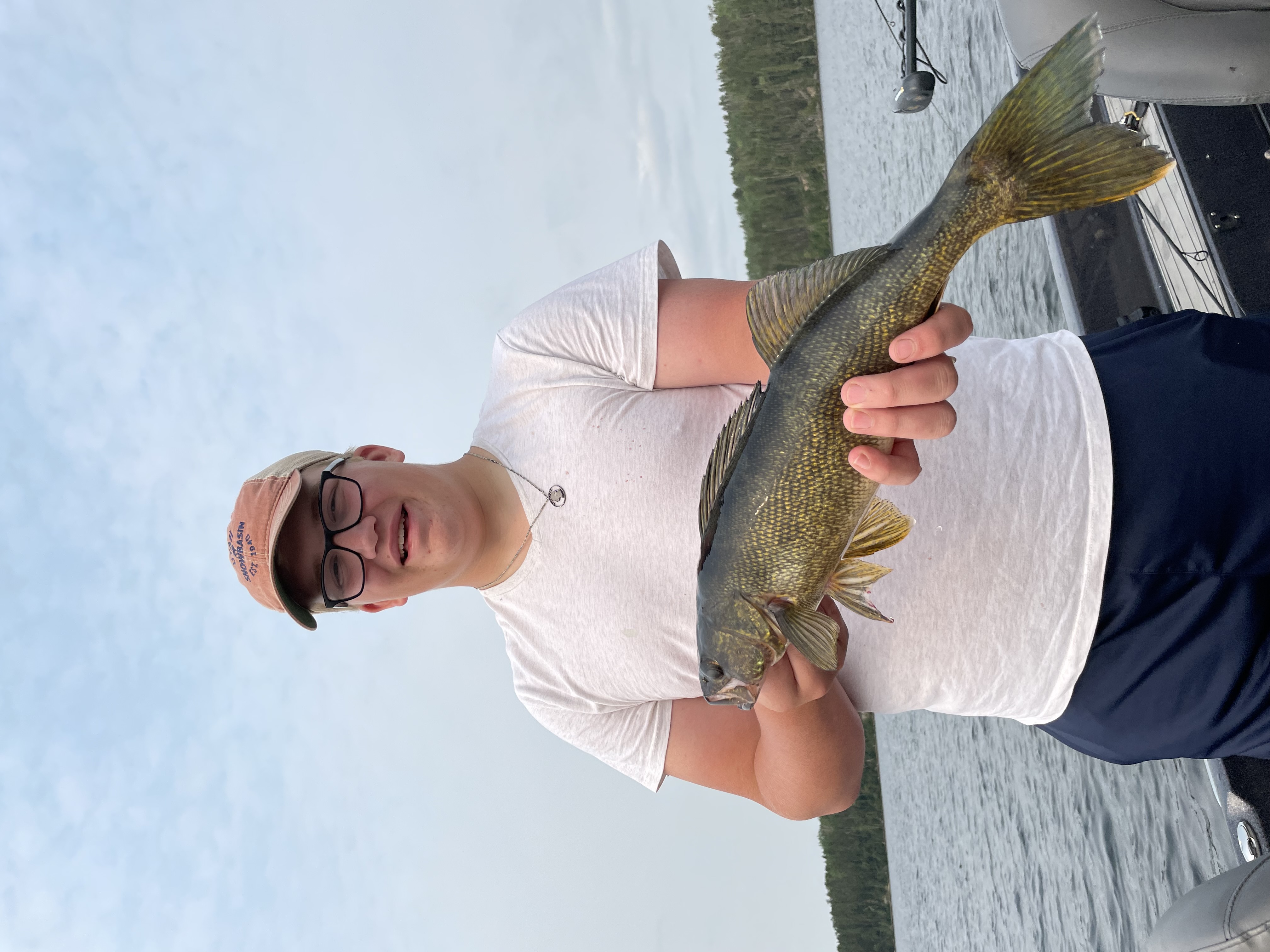 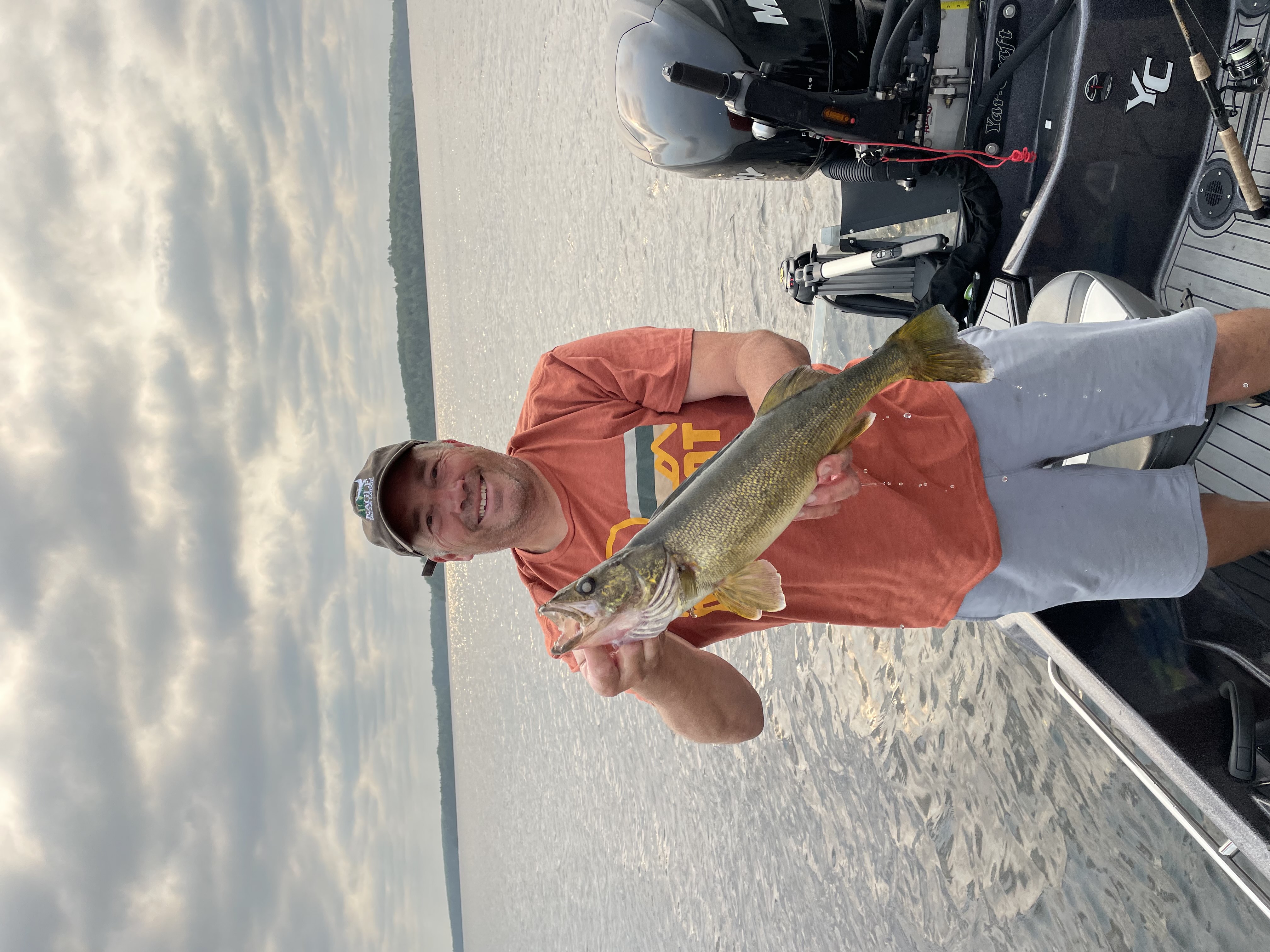 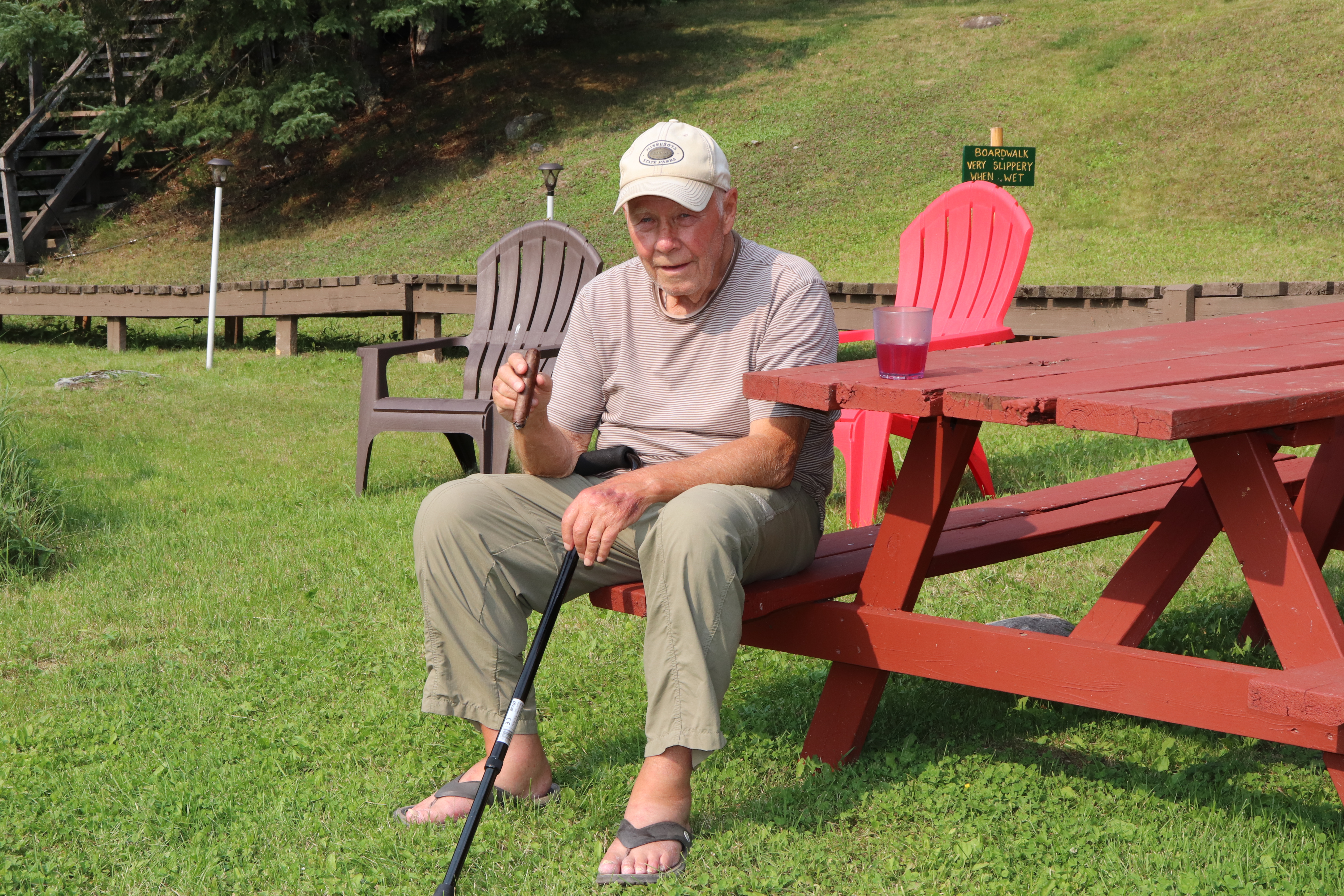 The “Pike Slayers” lived up to their name catching and releasing five Master Angler Northern Pike and one Master Angler Walleye.
This year’s group consisted of six returning fishermen and one first-time pike slayer in training guest by the name of Delvin Stewart.
Veteran pike slayers Travis Ison and Rick White mentored this first-time pike slayer and did they do an AWESOME JOB!! During his first trip to Eagle Falls Lodge, he caught and released FIVE Master Angler Northern Pike, these are world-class pike that are 42 inches and over!
It did not take long for our Catch and Release Log to fill up as this group caught large numbers of fat healthy pike over 27 inches with a lot of fish in the 35 to 38 category. 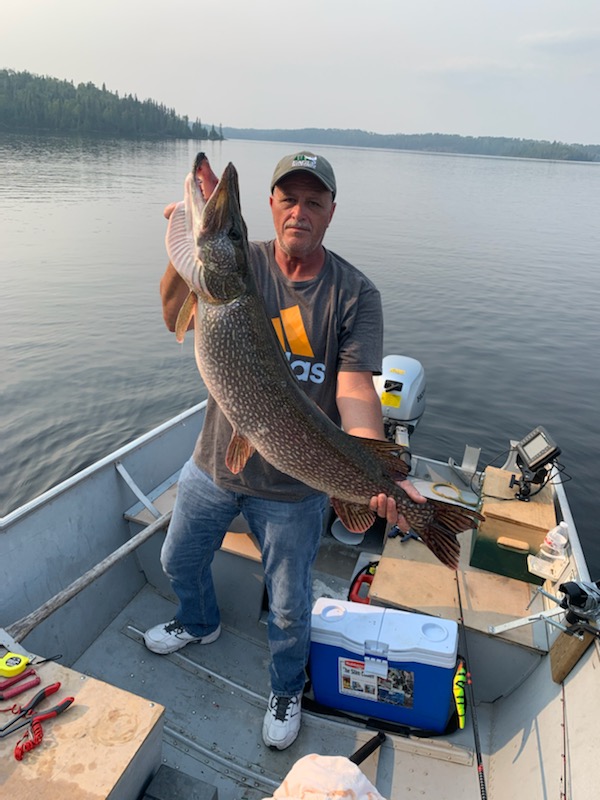 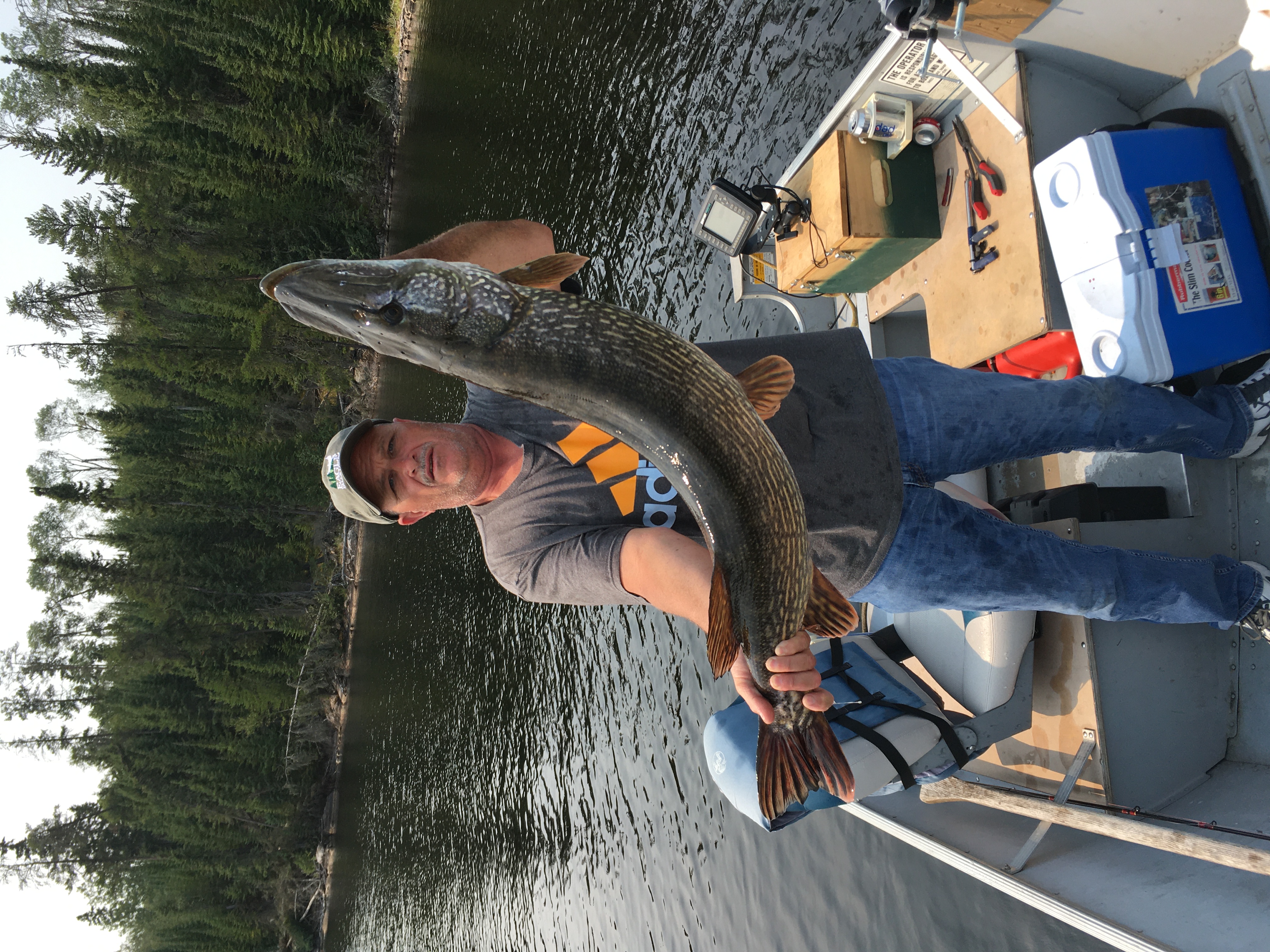 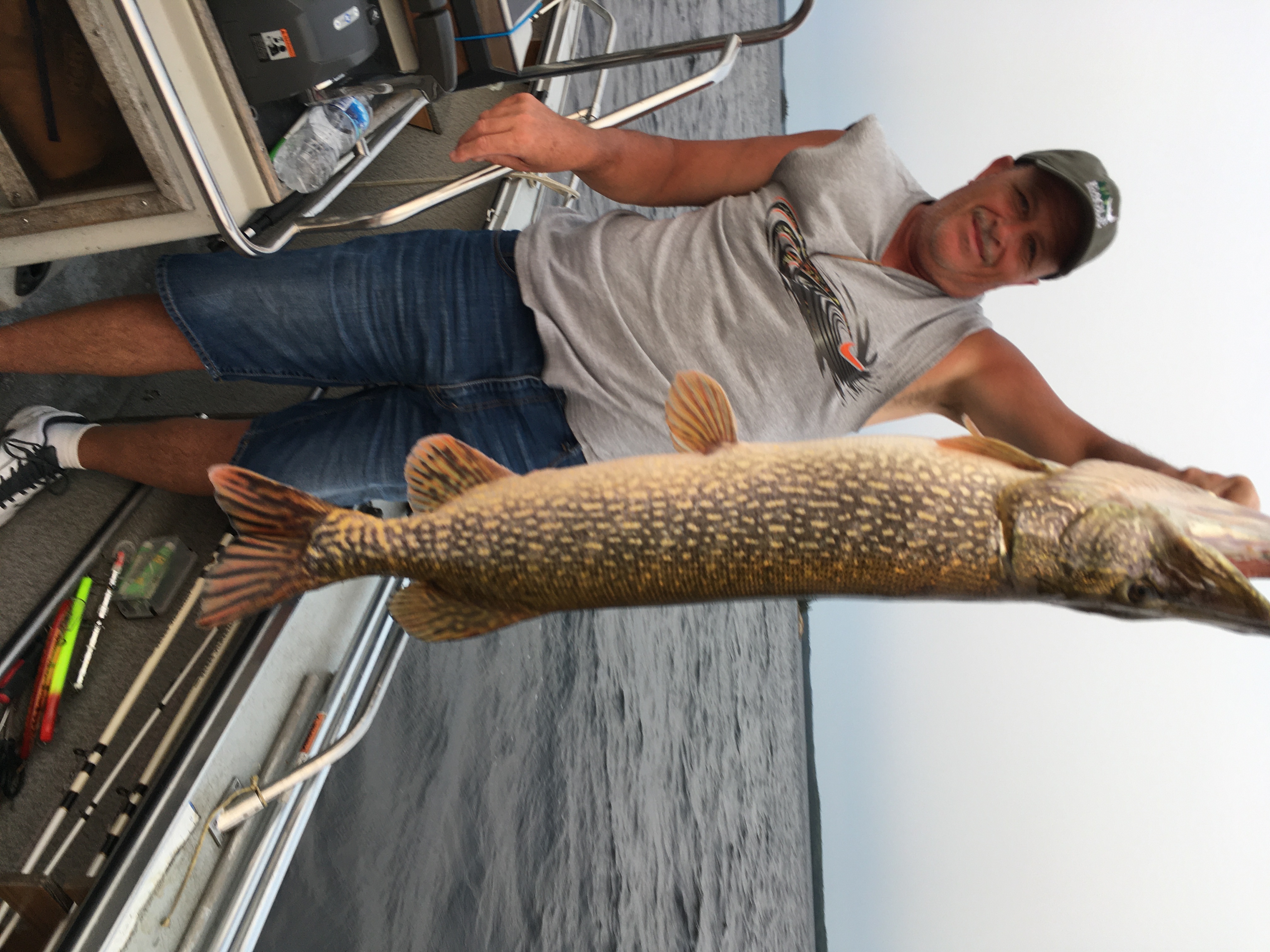 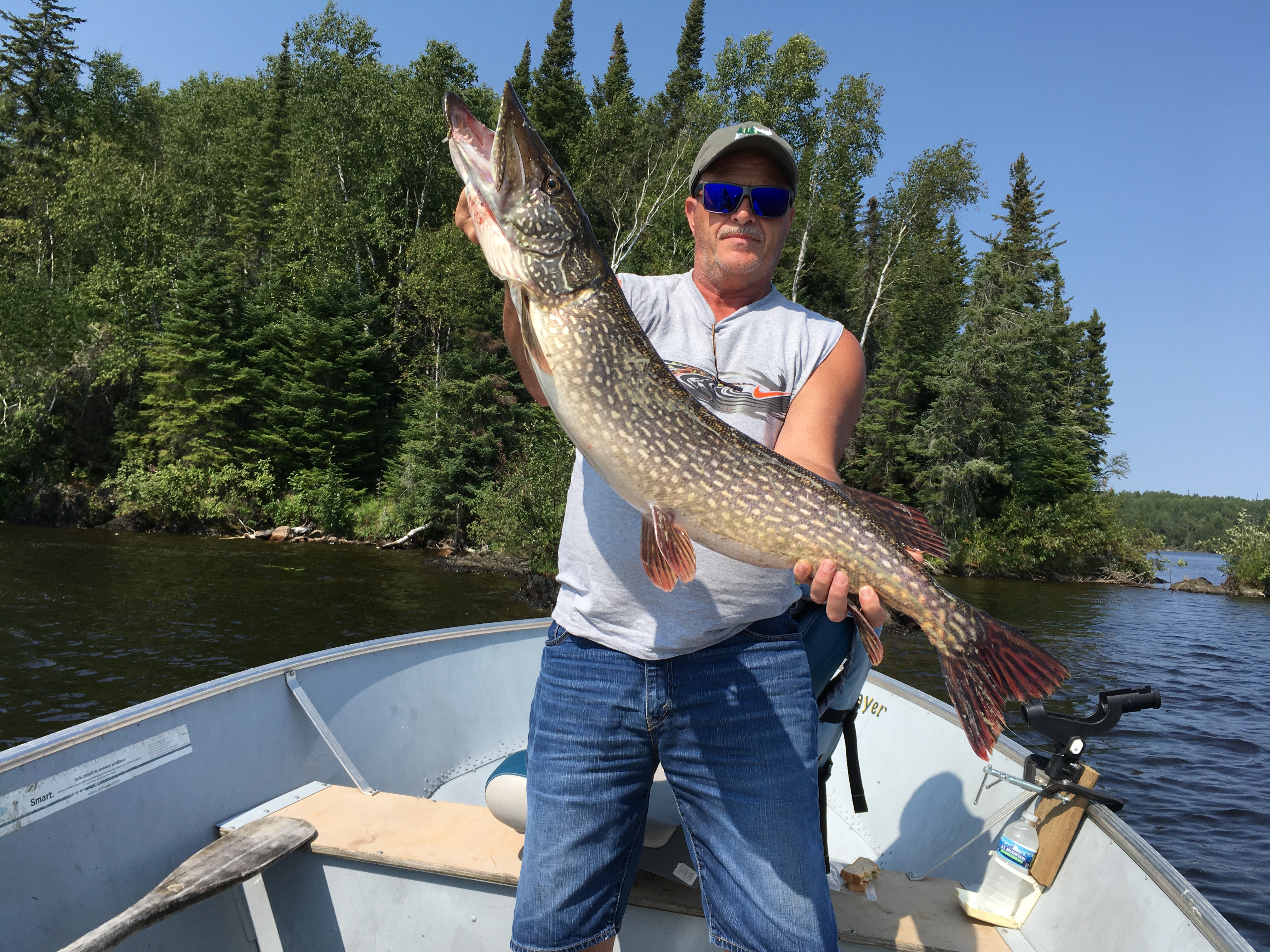 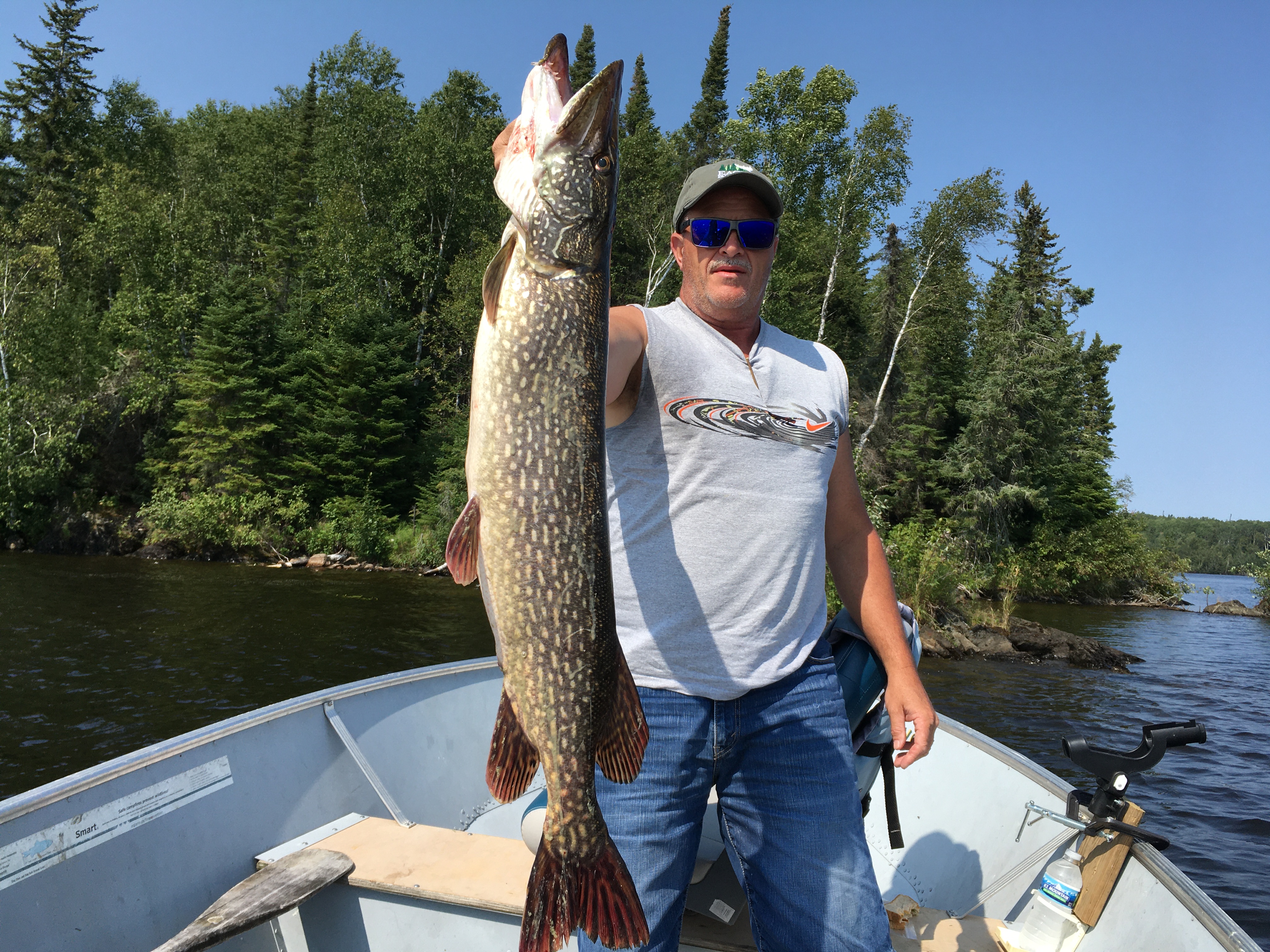 43” Northern Pike with a 19” girth measurement. 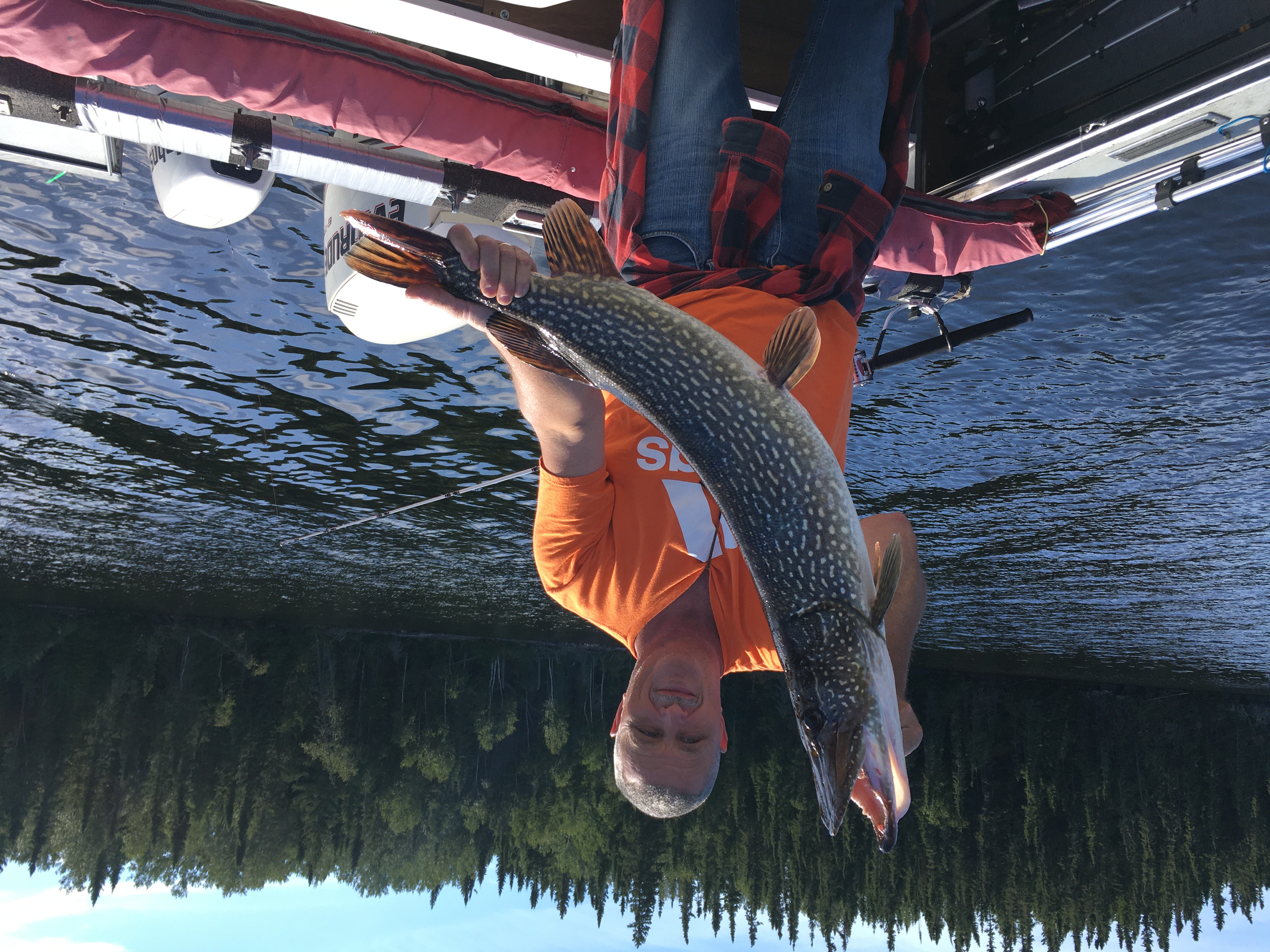 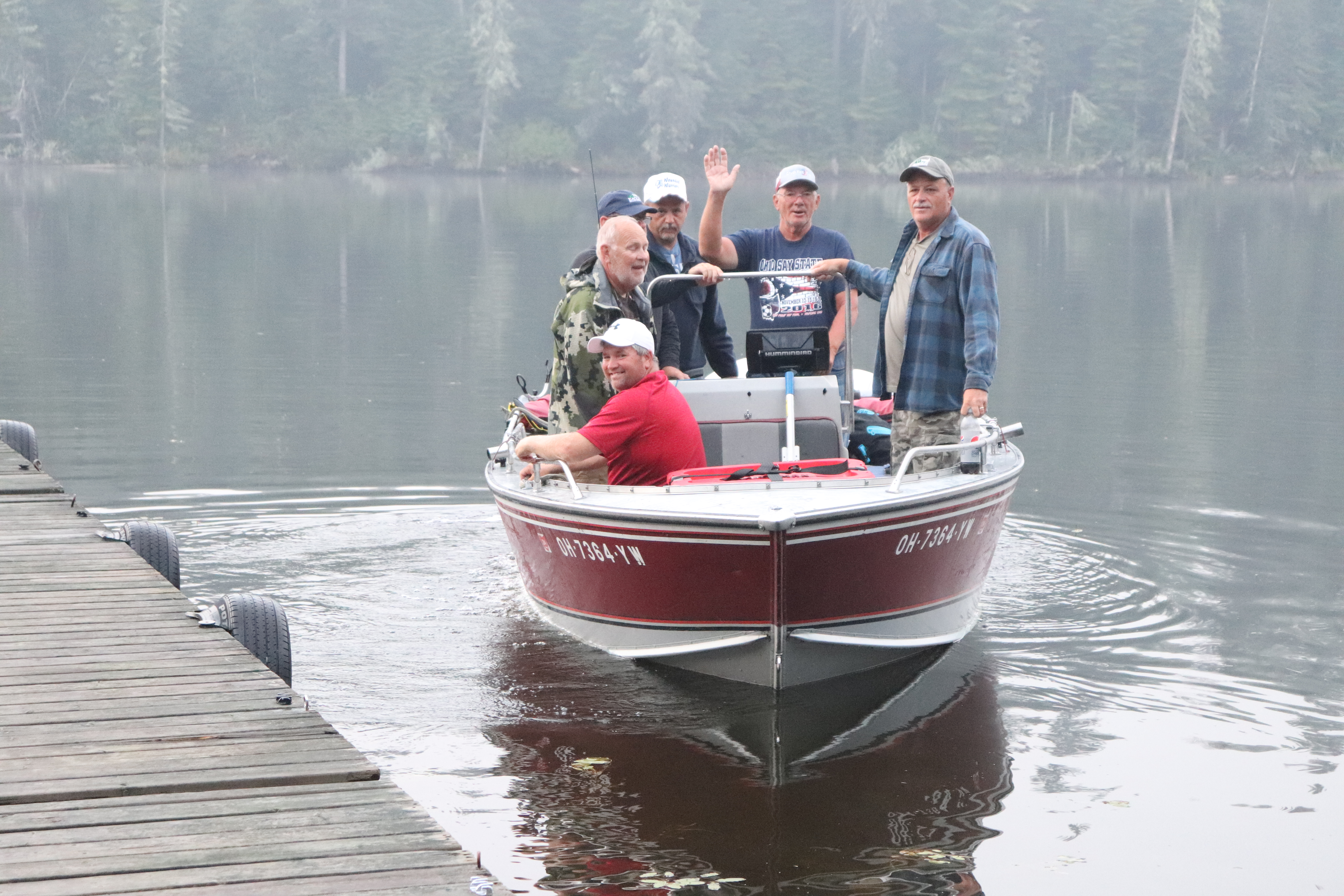 Hillsboro church group all packed up and heading home after a great week of fellowship and fishing! 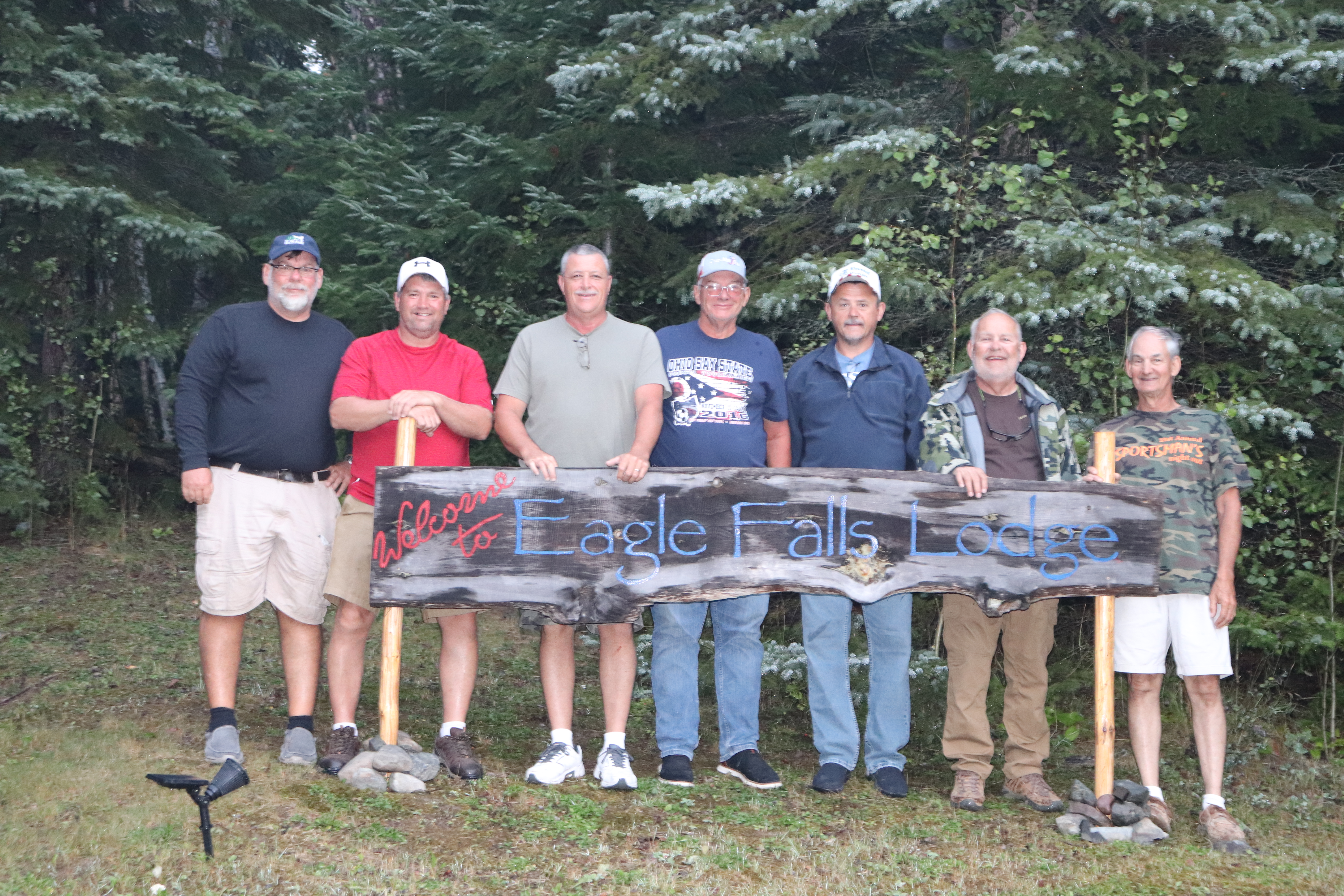 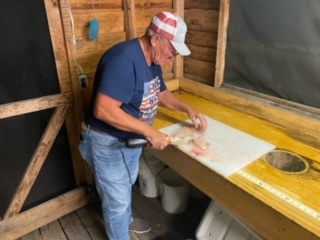 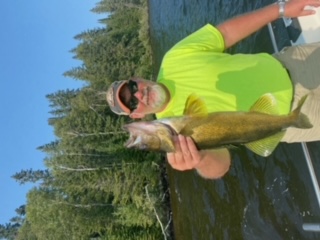 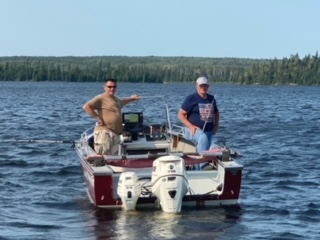 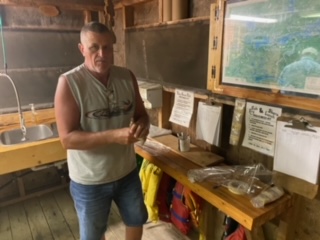 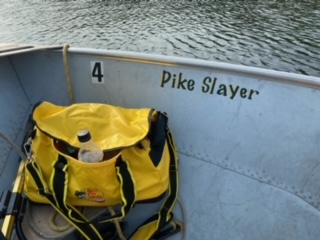 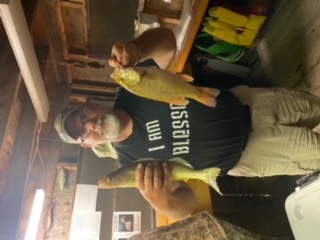 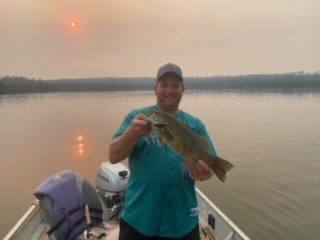 Thank you to both groups for their continued support of the lodge. We are heading into our final two weeks of the season and still have some availability, anyone interested in coming up for some late summer / early fall fishing be sure to contact us or check out our website under reservations to see availability.
Take care and be safe,
The Holiski’s