Have you seen some of the giant fish pictures on the blog and wondered how you can get your own trophy fish photo?  Granted these are big fish, but there are a few things you can do to maximize your own fish photo.

Tip 1
Hold the fish from behind so your hands aren’t blocking the fish from the camera. Grasp the fish with one hand behind the gills or pinching the jawbone underneath the fish and one hand supporting the belly of the fish near the tail.  No matter which way you choose, be careful to not let your hands slide into the gills. Gill damage is one of the worst injuries a fish can sustain. Hold the fish horizontal. This stresses the muscles of the fish less than a vertical hold.

We won’t shame anyone with a bad example photo.  Here is a great example so you can see what you should do.  Bill does a nice job displaying the fish without blocking any part of it with his hands. 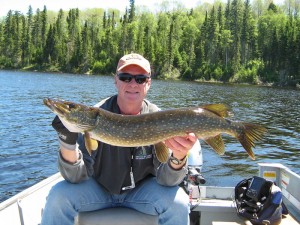 Tip 2
Have the boat driver swing the boat so the sun is behind the photographer or switch places in the boat. The difference between a shaded photo and having the sunshine on the fish and angler is striking. Check out this example below. Travis took the first photo of Carrie’s cousin Jill with her 19” Walleye with the sun at her back resulting in a shaded photo. 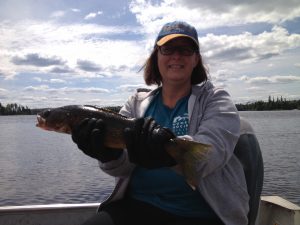 After a quick swing of the boat the sun is behind Travis and shining on Jill and her catch. It only takes a few seconds and makes a world of difference. 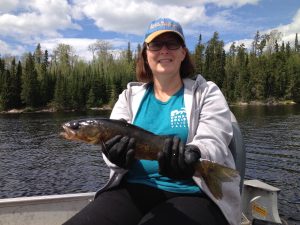 We’ll give you a couple more fish photo tips in part 2!