First off we would like to apologize for the delay in posting blogs. We’ve been busy getting adjusted to the routine of running camp. Also we’ve had several projects prioritizing our attention. Everyday we start out with a list of what needs to be accomplished that day and go from there: from fixing broken steps on the board walk, to moving and prepping boats, to making sure meals are on time– we are always on our toes. We hope you appreciate the dedication and commitment we continue to put into the lodge. 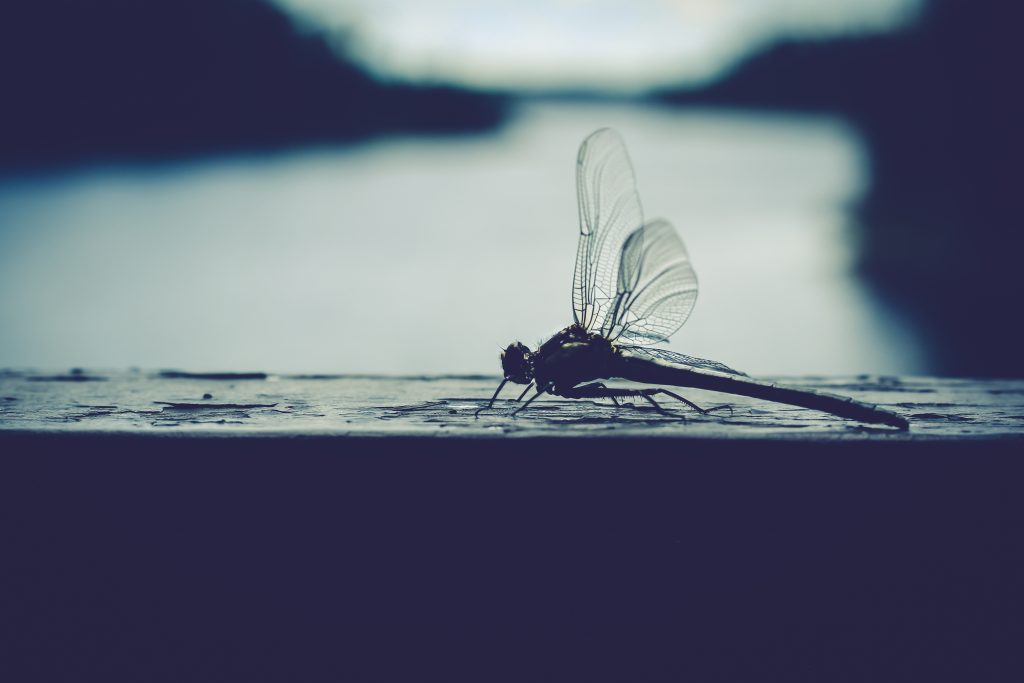 Kitchen Update: Things in the kitchen have been delicious (for you) and exhausting (for us), but its all in good spirit. Only five weeks in and endless pots of coffee have already been brewed and numerous glasses filled with many more to come. We finally have a routine down and each week is getting easier and easier; however, I can personally attest one of the most critical and difficult jobs during breakfast is maintaining the optimal bacon rotation schedule. The oven is full of hot spots and must be rotated so the bacon doesn’t burn… makes for painstaking perfection.

Our second week was extra special and we had lots of family and friends up at the lodge. Travis and Carrie left early in the week so It was our first large group without them so we got a taste of what would be in store for the rest of the summer. Nevertheless we had a blast with everyone here– even Mary Jane and Ethan made special appearances. During the week we hosted the annual Eagle Falls Olympics with 9 athletes competing for the gold in frog catching, downhill tire roll, biggest splash, Maple Crème cookie eating contest, and kayaking races. The closing ceremonies ended with metals being awarded, the national anthem playing, and a s’mores bonfire burning bright in the cool Canadian night. 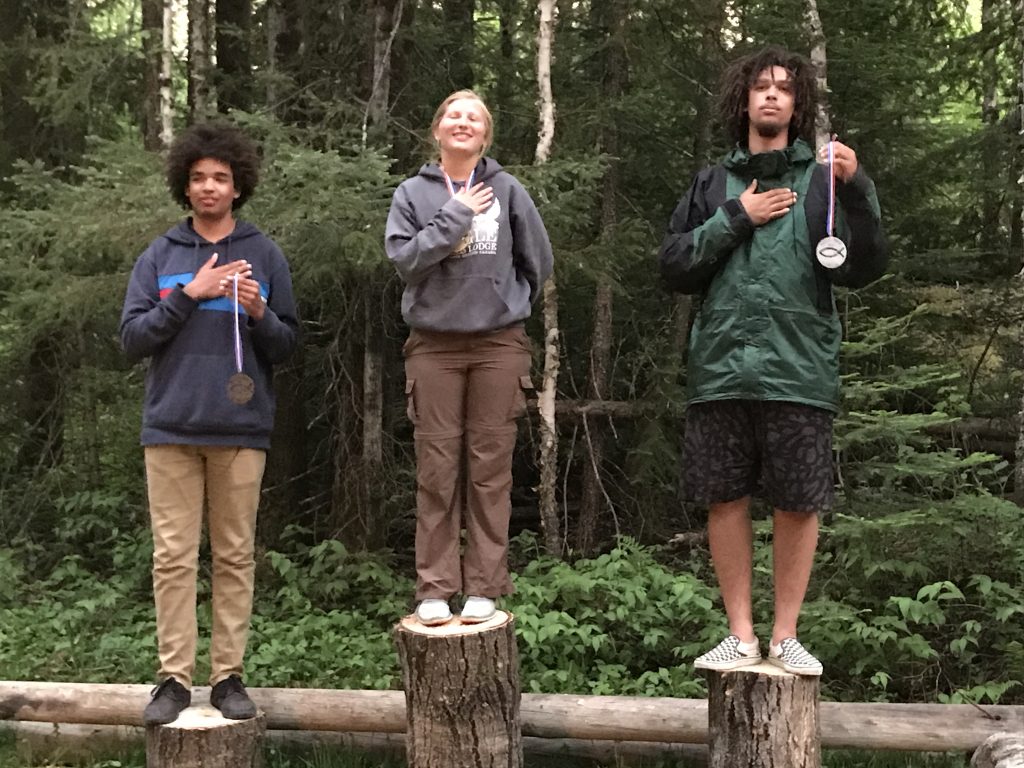 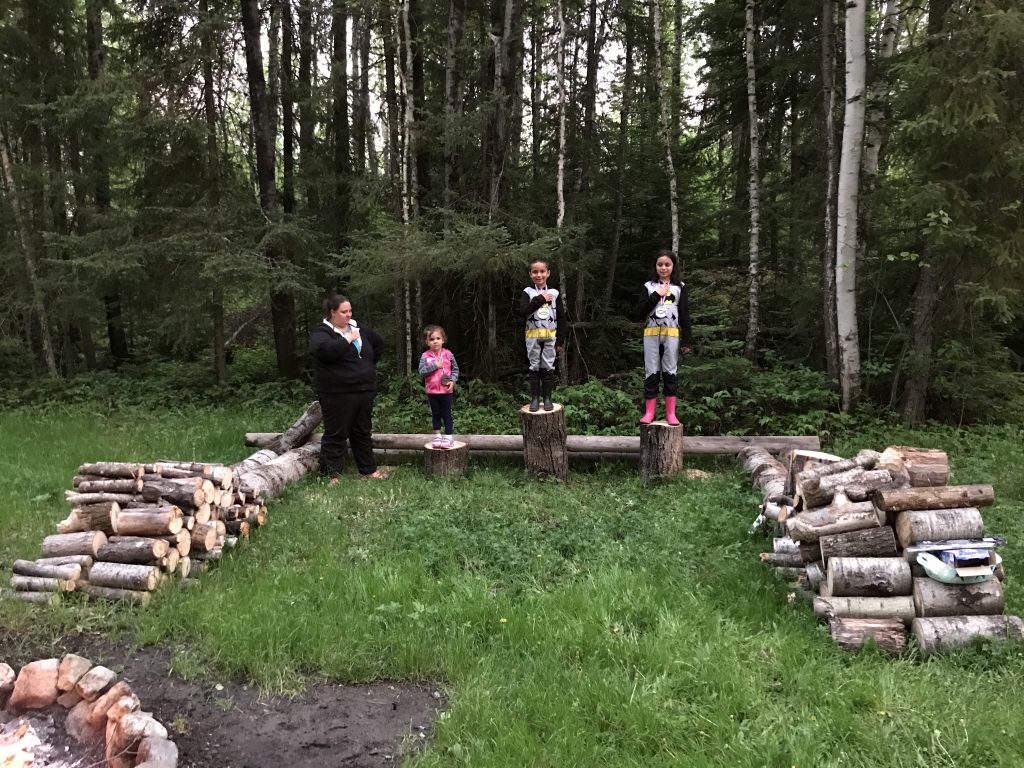 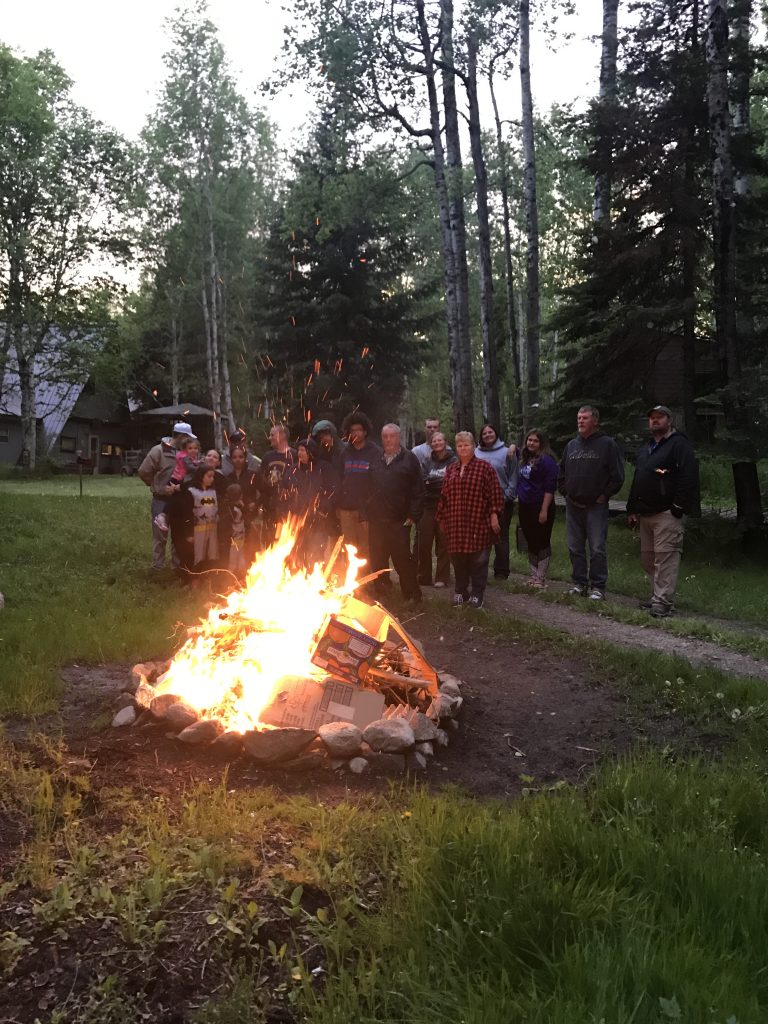 Earlier that week, we all loaded into camp boats and traveled to meet Jillian and Jim, who are the owners at Black Bear Lodge. They gave us a tour of their camp and offered a warm welcome. They have been so kind in allowing our some guests to use their camp boat on Leoni Lake. We also stopped at the West Red Lake Mining Museum. With each of the our trips to Colorado National Grassland or Rocky Mountain National Park we always embraced the motto, “Leave no trace.” With this motto in mind we spent a few hours cleaning up the area around the museum– picking up trash and debris. We wanted to leave things better than when we found them. If you ever want a break from fishing here at Eagle Falls Lodge– you should definitely check this out! 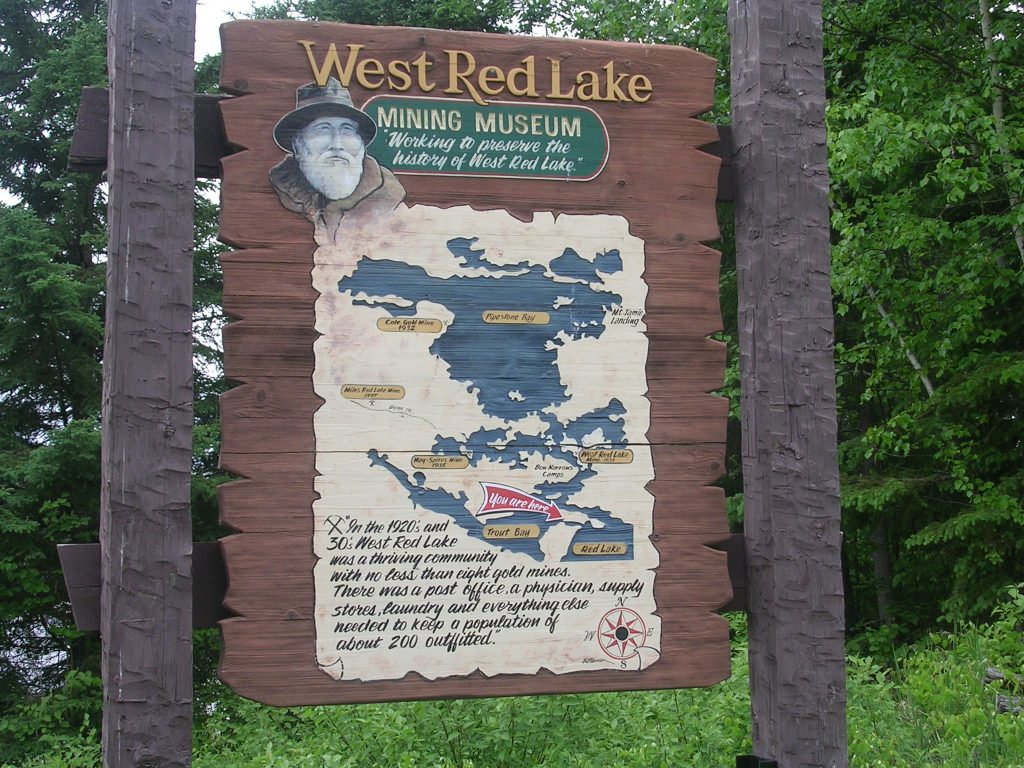 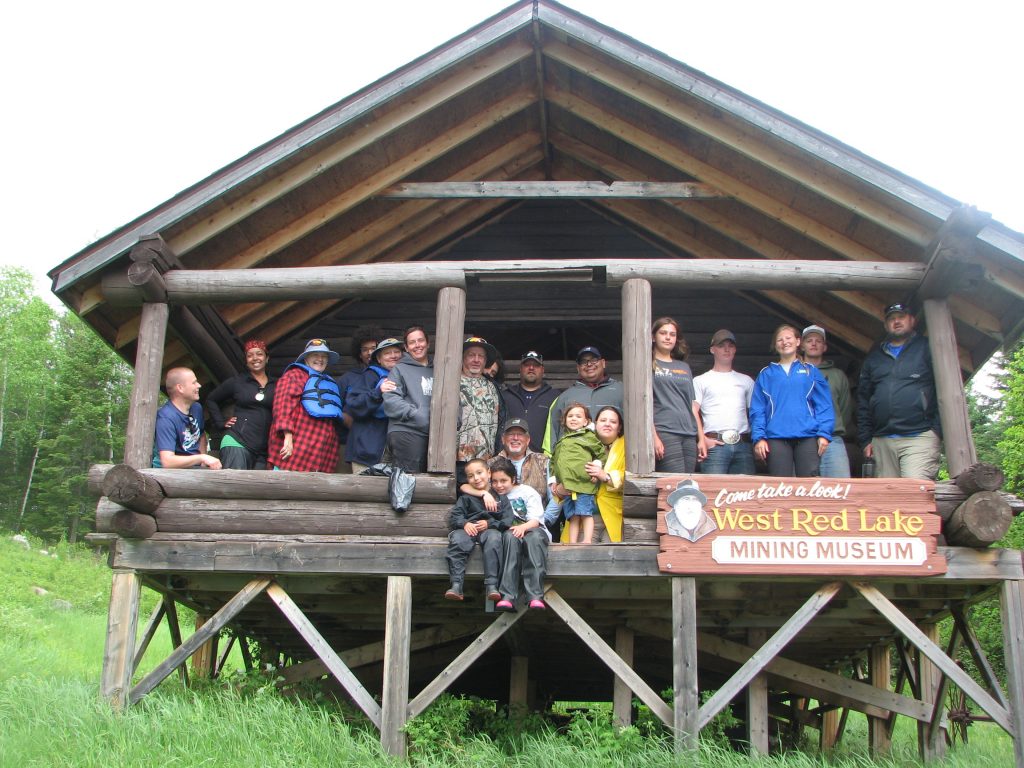 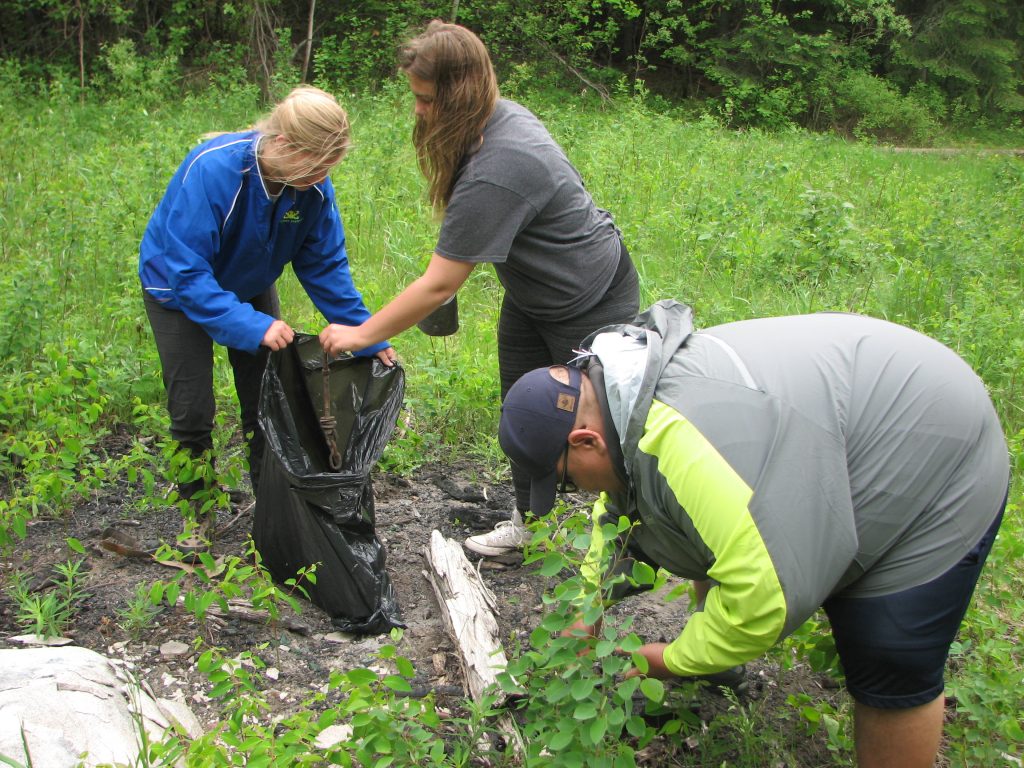 Aside from the usual eagles the point saw an unexpected guest… a WOLF! 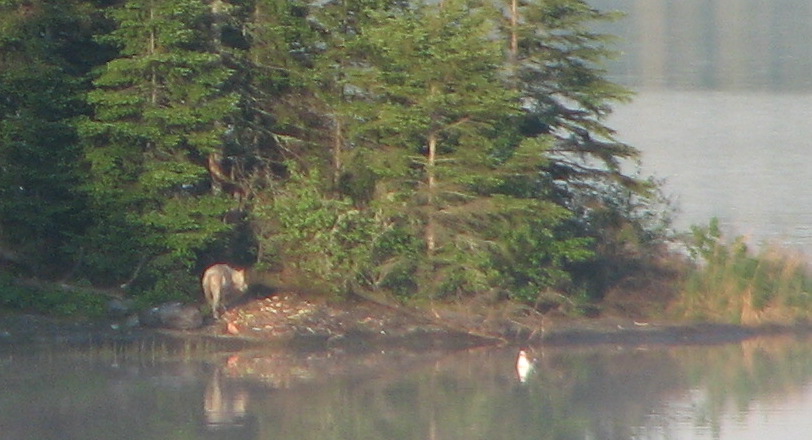 We had lots of nice fish caught during the week as well. We didn’t have any monsters, but fun memories with friends and family are the most important and at the end of the day spending time with the ones you love is the best part of every trip. 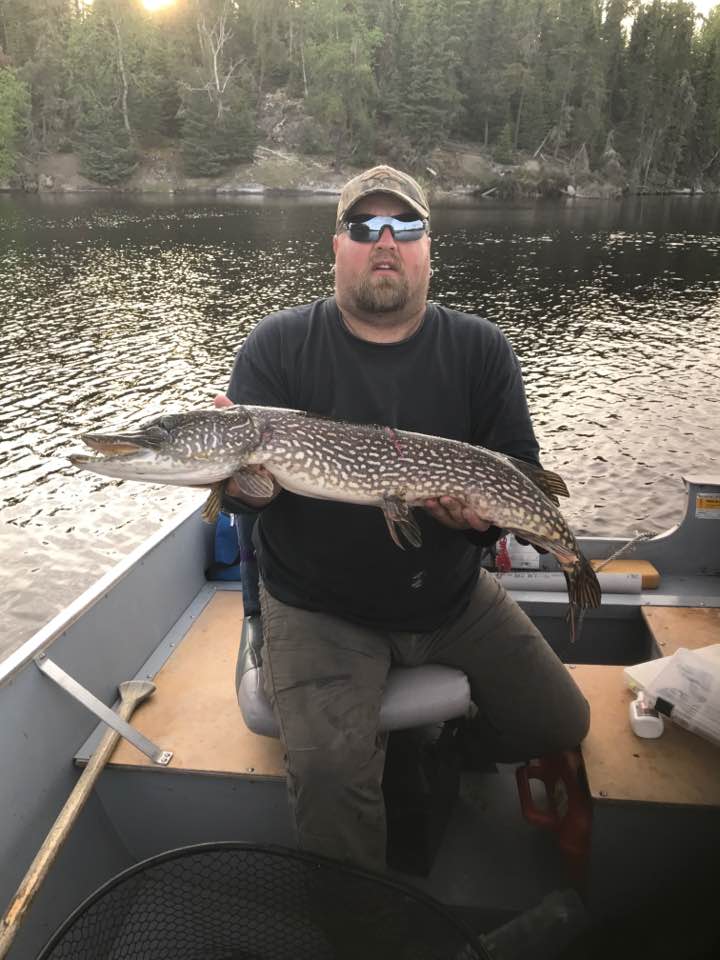 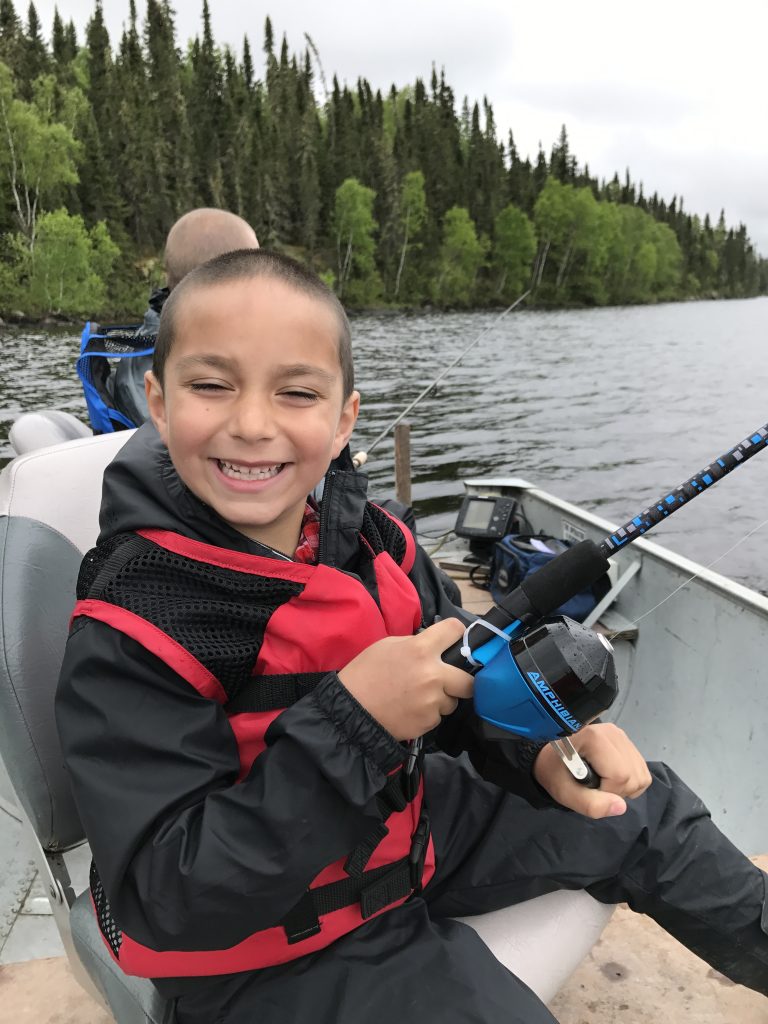 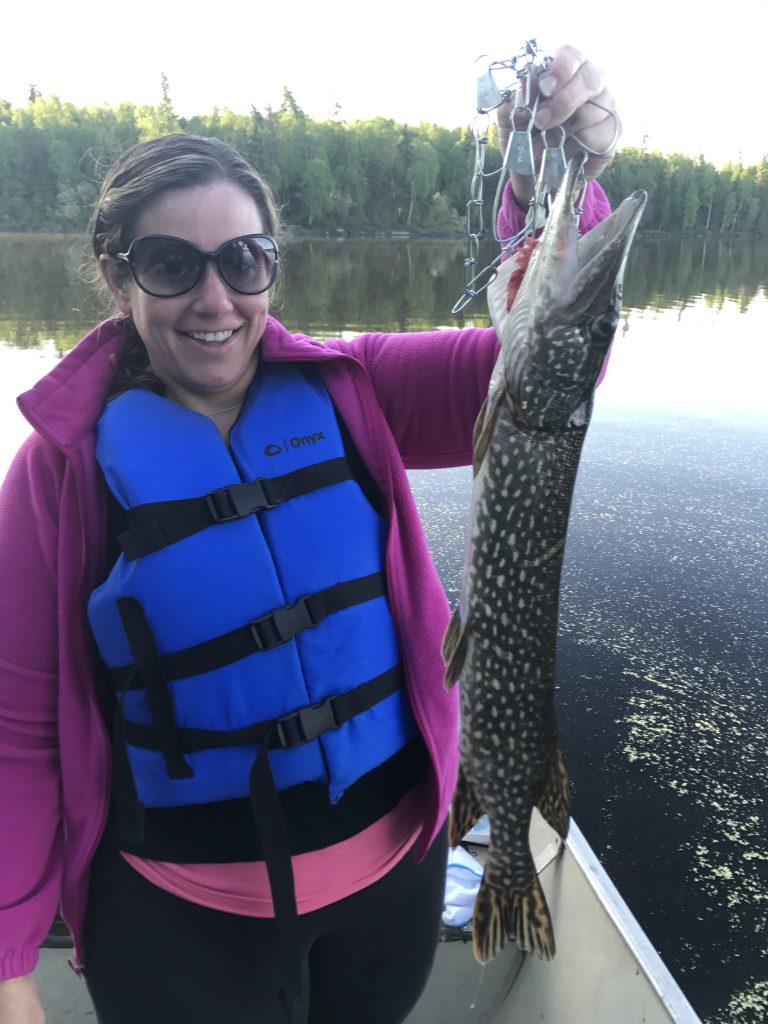 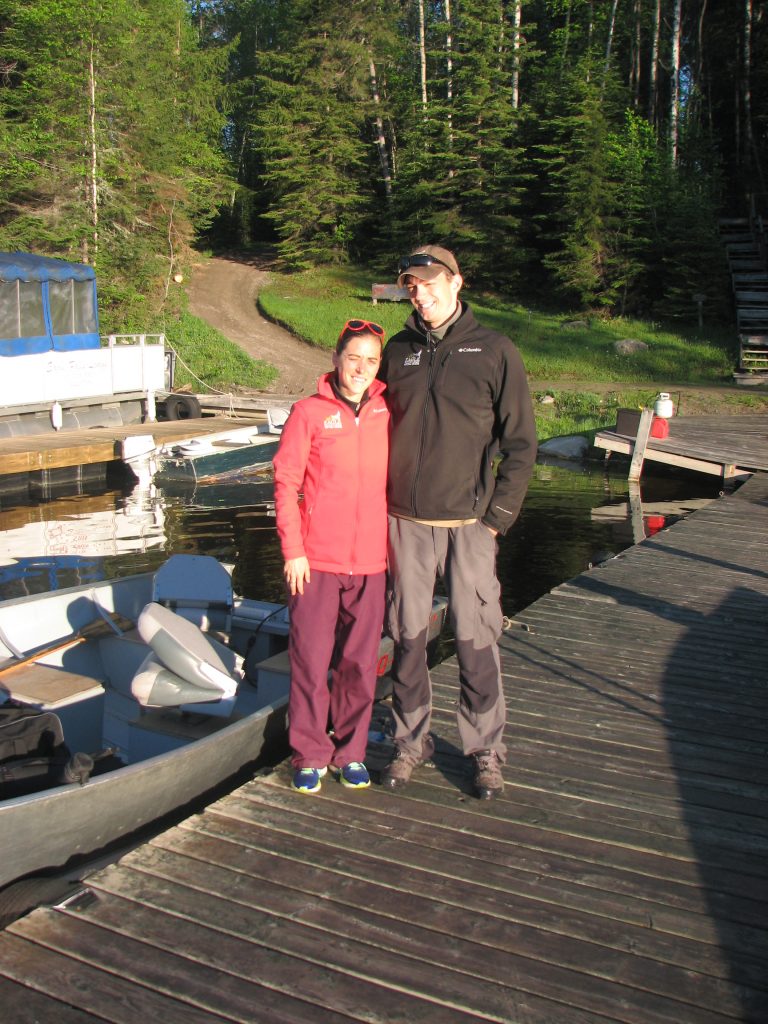 The third week was another great group. Connor and Halle got here on Tuesday to spend part of the summer fishing and exploring. We saw fishing on Parker and Red picking up and we saw some bigger fish being caught. 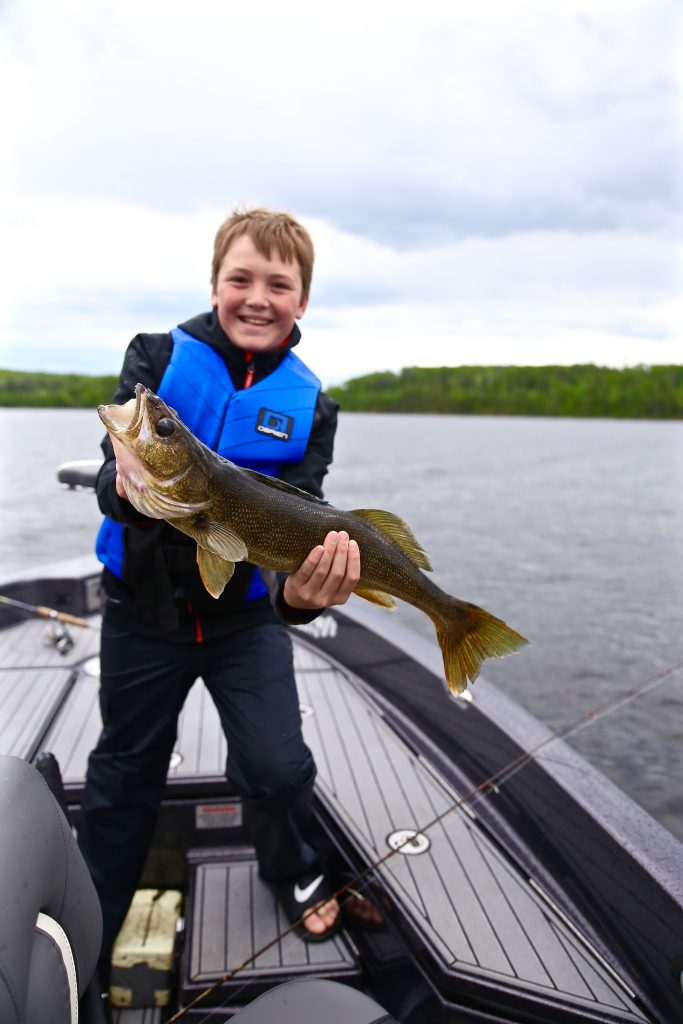 The Sarkinen group had some very nice walleyes as well. 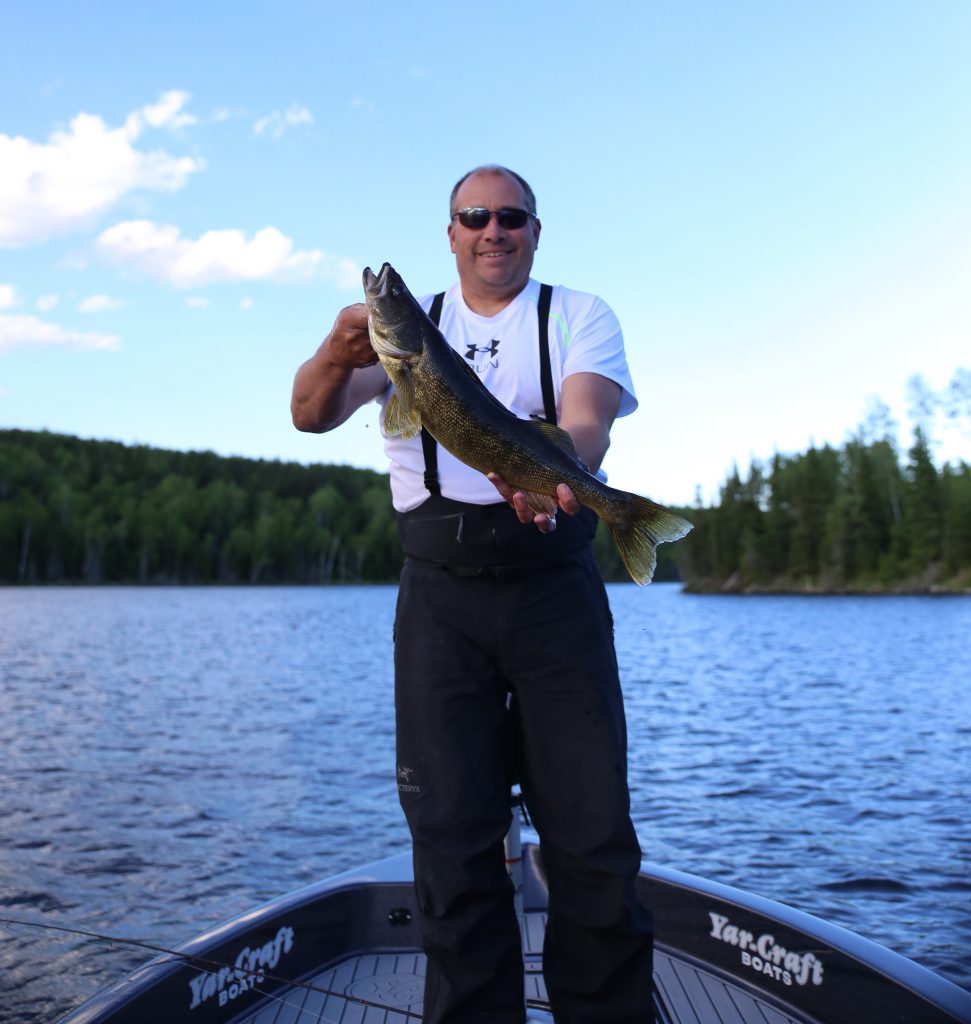 The fourth week camp was filled with 28 guests. It definitely keep us on our toes. We had had a blast as always and lots of big fish were caught.

Most groups have fished using lindy rigs with a leech or night crawler (those are available at the Red Lake Marina) attached and have done outstanding on the walleye. We have always been successful using various crank baits that run 3 to 7 feet deep to catch nice walleyes. Walleyes are being caught in the shallow bays with water averaging 3 to 7 feet deep. Pike have also been caught using top water baits in the shallow bays and while trolling in deeper water grandma lures have been very productive. Standard pike lures such daredevils, Johnson spoons, Williams wobblers and spinner type lures are still productive as well. The smallmouth bass have been caught on various crank baits and some top water lures used for pike.

Overall fishing has been great and continues to improve both on Parker Lake and Red Lake. Red Lake has been producing nice walleyes and large pike. We have had several master angler size fish caught on Parker including several qualifying small mouth bass, walleye, and pike for our Replica Rewards Program.

We still have a few openings for the remainder of the season. Check out the availability on the website or give us a call and we can get you all set up and get your line in the water before you know it. We’re still getting pictures from various group’s big fish… there will be more big fish pictures to come! Stay tuned!