We had a few different groups up this past week.  A big Missouri contingent, which I always appreciate.  It is comforting to be around some Missouri folks every now and again – reminds me of home!  This group makes the trek up every other year, so they were anxious to get their lines in the water after a longer hiatus than most of our guests.

Jeff and Tenessa brought up two of their grandsons – Charlie and Ben.  Can I just say how fun it is to have little guys in camp?  These boys were quite the fishermen – just like their Pap. 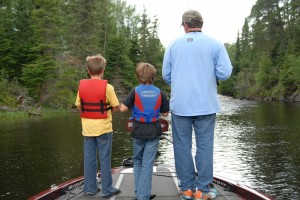 Here is Ben with a 14″ smallmouth on Parker: 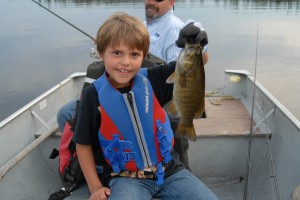 And here he is with a northern.  How cute are those giant fishing gloves?!?! 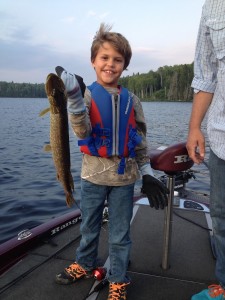 His brother, Charlie, caught his fair share as well!: 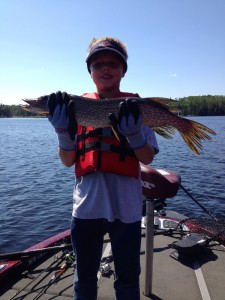 Tenessa had her work cut out for her with two boys and her husband, Jeff, in the boat – but she didn’t want to be left out on all the fun! 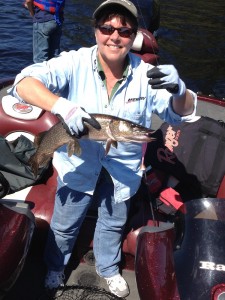 Jeff caught a nice 43″ northern out on Red this week: 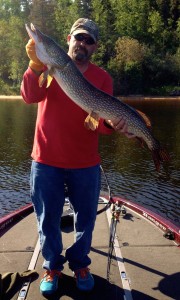 And Tom caught a 33″ northern… 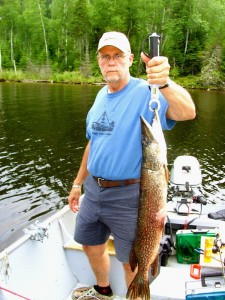 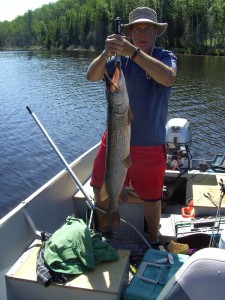 These guys enjoyed plenty of walleye during their shore lunches back at camp as well. 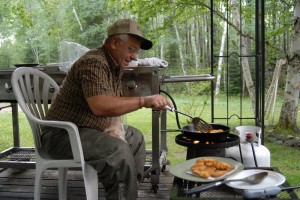 I think Larry is on to something – frying the fish while lounging.  Genius!
These two clowns.  As you can tell, a real serious bunch: 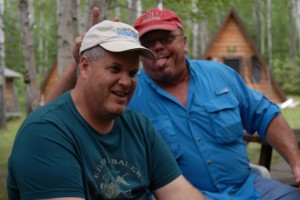 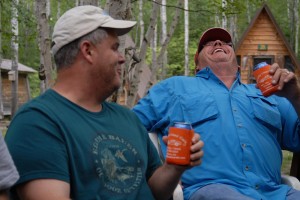 JR was up for the first time and landed this nice 26.25″ walleye out on Red: 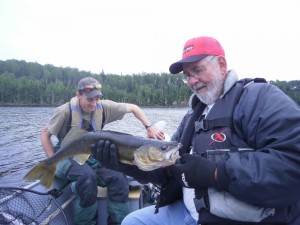 and a slot sized northern out on Red: 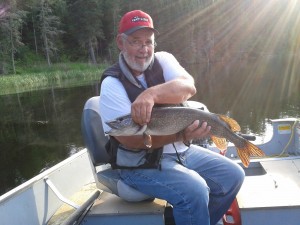 Some walleye may be moving deeper on the lake, but the guests this week still caught plenty in the bays in 8-10’ of water.  We topped out with a 26.25” fish, but saw several in the 24-25” range.  Nearly all were caught on lindy rigs or jigs.

Northern Pike were caught shallow on the weed edges including a couple lunkers – 42” & 43”!  The weeds are still playing catch-up from a late spring, but there are some nice weed beds on the lakes now.  With plenty of sun in the forecast, they should continue to grow.  Overall pike numbers were great as well.  Successful lures this week included spoons, crankbaits, spinnerbaits, & jigs.

I wanted to include a few more pictures from the last week.  Kyle splits his time fairly evenly fishing for walleye and northern, and casting for northern definitely paid off!  Here he is with a 37.5″ (on the left) and a 40.5″ northern (on the right). Nice work, Kyle! 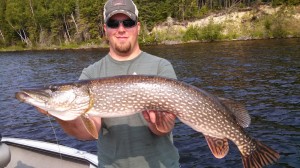 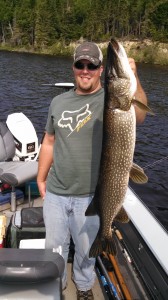