Happy Canada Day!  We celebrated here at the lodge with BBQ chicken and cream puffs.  Cosmo celebrated with an extra nap.  Our guests celebrated with a fun-filled day of fishing.  The entire fleet was gone on Red Lake today.  Check back in soon to see what was caught. 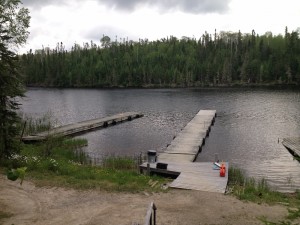 Today is their independence day of sorts.  For more traditional facts about Canada Day you can read last year’s post here.

Here are some (perhaps) lesser known facts about Canada courtesy of Global News:

Canada has more lakes than the rest of the world combined.  Almost 9% of the country is fresh water.  There are over 31,500 lakes at least two square miles in size.  We sit right between two of them!  That’s a lot of fishing days to hit the other 31,498.

All Santa letters end up in Canada.  Santa’s official address Santa Claus, North Pole HOH OHO is owned by Canada Post.  Millions of replies are sent in over 30 languages.  Maybe I should drop my letter off before heading south to save a stamp.

Canada is home to some gravitational anomalies.  Areas around Hudson Bay have less gravity than the rest of the world.  This is explained by two theories.  One concerns convection in the earth’s mantle.  The second deals with the Laurentide Ice Sheet which melted nearly 10,000 years ago and left a huge indention on the Earth’s surface.  Sounds like a great place to practice my moon walk.

So Happy Canada Day.  You can celebrate today and on July 4th and have two holidays in one week!