Happy Friday everyone!  We just had about the best week ever – weather wise, company wise, and the fishing wasn’t half bad either!  But seriously, can we hit the pause button?  We only have four groups left.  Doesn’t quite seem possible, does it?

We had a variety of groups up this past week, most of which had been up before.  It made for some fun times at camp and some excellent fishing!

The Everett’s (Gene = grandpa, Brad = son, Colin = grandson) came up from Illinois and had a blast. Colin was so much fun to have in camp, and for an 8 year old he settled in quite quickly and was chumming it up with all the guys at the lodge by the end of the week.  Such a cutie.

Brad caught this 43″ northern on Red Lake last night.  Not a bad way to end the week, huh? 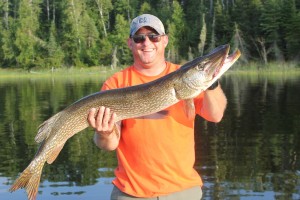 Gene found yet another smallmouth on Parker: 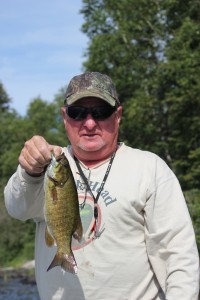 Here is Brad with a nice walleye: 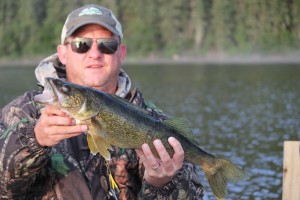 And Colin with a northern: 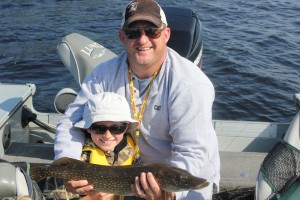 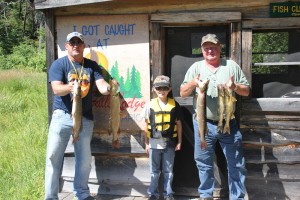 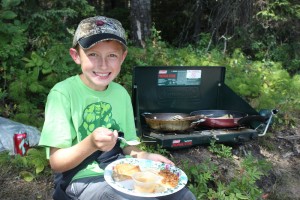 The other groups did quite well also.  Dan snagged this 44″ northern on Red.  The biggest fish he had ever seen! 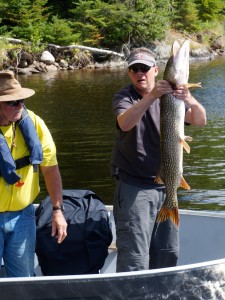 It was Mike’s first trip up, but he certainly held his own. 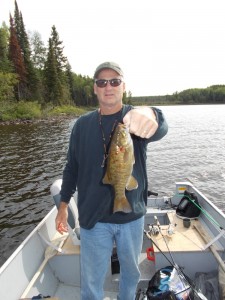 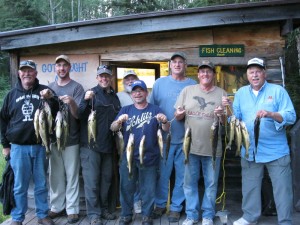 Chris and his dad, Pete were after some northerns.  Boy, did they find them! 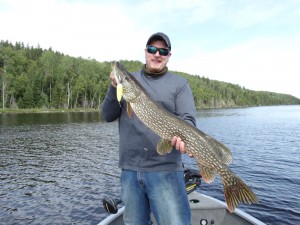 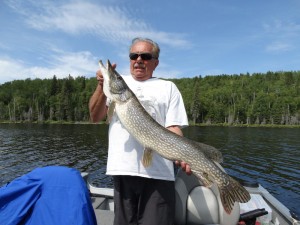 And Chris got his biggest catch to date – this 41″ northern on Red: 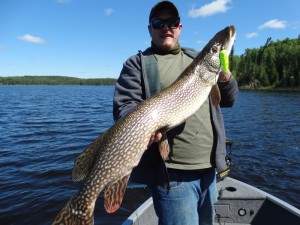 Not to leave the walleye out, he also got this beauty.  A 26″ walleye! 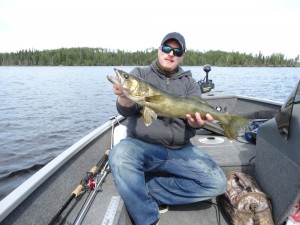 What a nice looking fish: 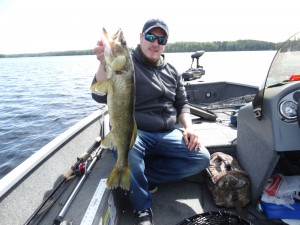 A big thank you to all the guys up this past week.  What fun!  We are already looking forward to seeing you all next season.  Safe travels.

Now I’m off to get ready for tomorrow’s crew.