In addition to some great fishing this season, we’ve been fortunate to enjoy plenty of wildlife around the lodge.

A ruffed grouse hen has been running around camp since we have arrived and now has a large following of chicks. She gets pretty defensive when Cosmo gets too close to investigate. Mother grouse pictured below. 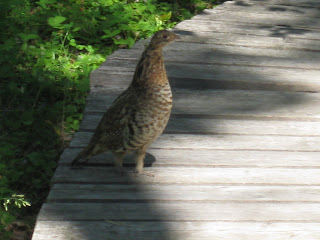 Here is one of the chicks making a break for it. 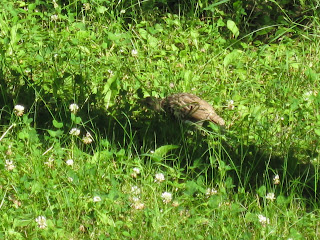 We have also enjoyed watching two baby eagles grow in the nest on Parker Lake. This is the 3rd season for the new nest and the 3rd season for two eaglets to hatch out. They are now learning to fly which is really fun to watch. The nest and young eagle can be seen in the lower part of the picture below and notice the mature eagle in the upper right. 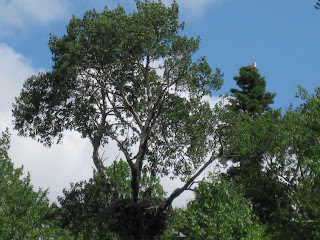 There are also several bunches of ducklings on both lakes. A few have fallen victim to Northern Pike as snacks, but several have survived and they are growing fast. 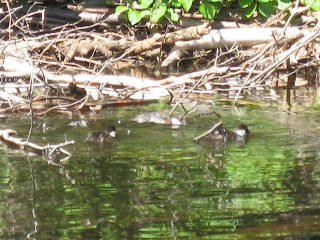 Several loon nests have been spotted on both lakes. Here is a picture of the nest on the island closest to the lodge on Parker. Both eggs have since hatched and the chicks have already more than doubled in size. 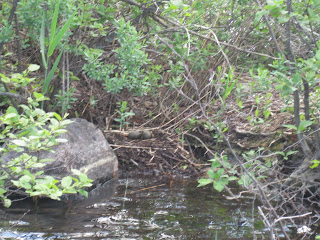