The off-week is nearly over and it’s time to plunge into the 2nd half of our season.  But before we do, let’s see what happened last week.  We hinted about some nice catches when everyone hit Red Lake near the end of the week.  Here’s what happened:

Jack sports a 23″ walleye in this photo.  If you notice in the background some of the boats now have names.  More on this later.  But even Pike Slayer is capable of finding some nice walleye. 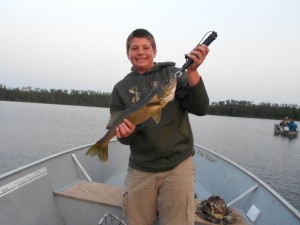 Jeremy and Matt show off some nice keepers. 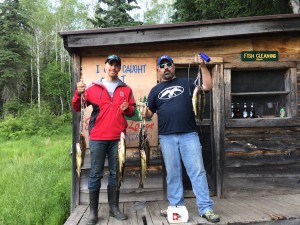 Blake and Matt with a nice stringer. 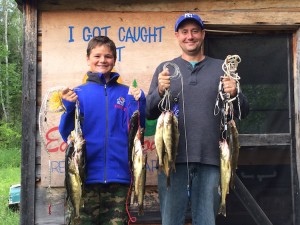 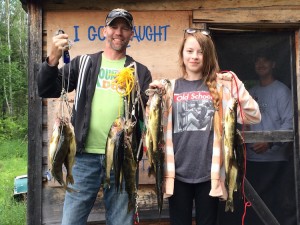 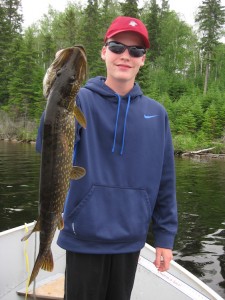 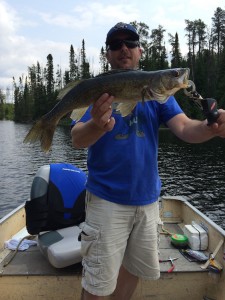 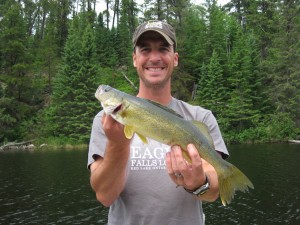 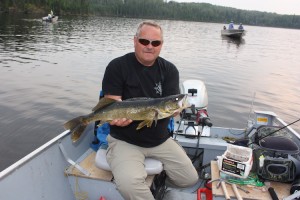 Coby shows off another slot pike – this one 30″. 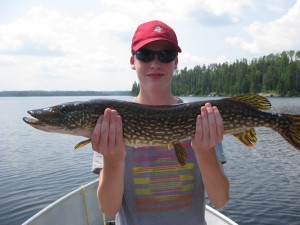 Dave wasn’t only reeling in the walleye.  Here’s a 36″ northern pike. 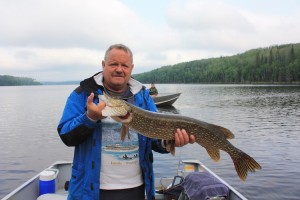 Another use for a paddle – fillet board. 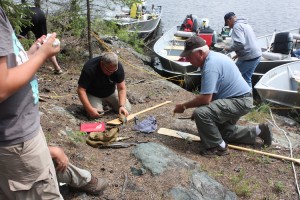 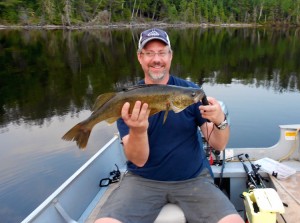 And Tom took over the top spot on the northern pike leaderboard for the season with a massive 45″ fish! 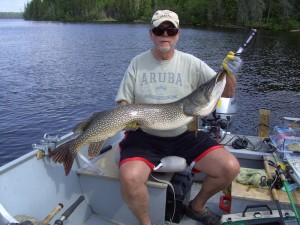 Thanks to everyone for sharing their pictures!