The last half of August we hosted several pike hunters who turned in some impressive results as you will see below.  Fishing was tough early in the week when a big cold front moved through, but improved later in the week.  Walleye were caught in 6′-16′ on Parker and 7′-27′ on Red.  The northern pike below were caught by a mixture of guys casting and trolling.

Rick took over the top spot on the pike catch and release board with this massive 46″ fish! 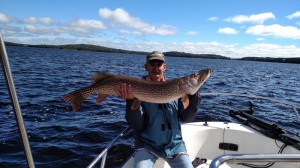 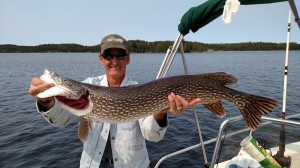 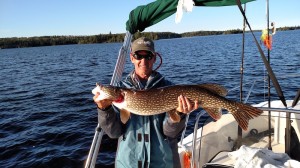 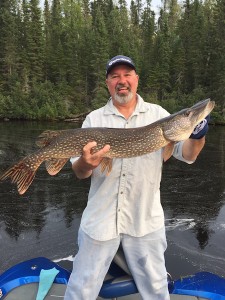 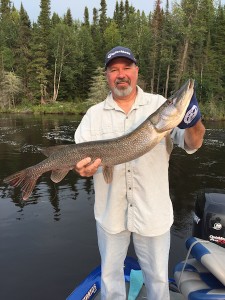 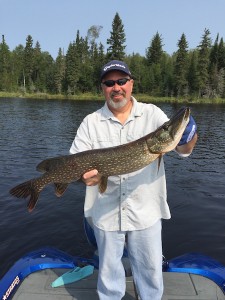 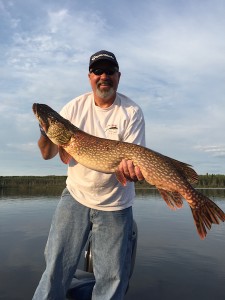 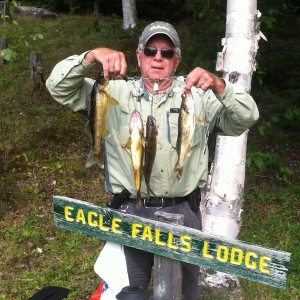 Bill caught this 15″ smallmouth on a jig. 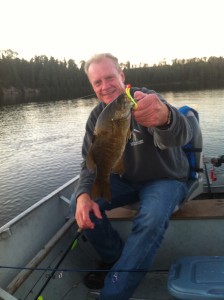 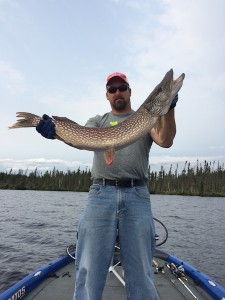 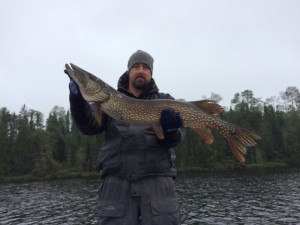 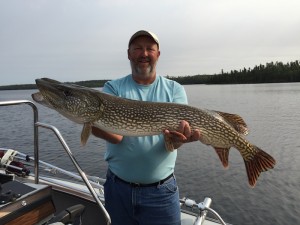 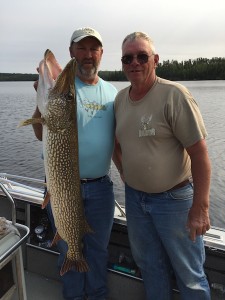 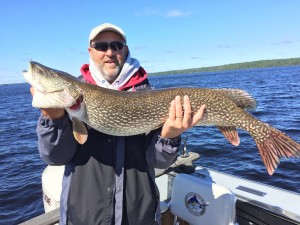 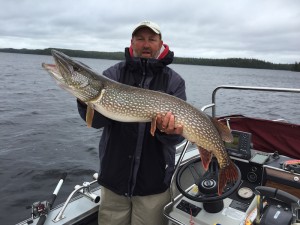 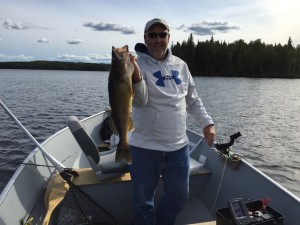 Phil put this 42″ monster back in the lake. 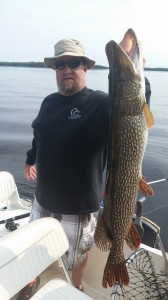 Thanks to everyone for sharing their pictures!  There’s only one week left in the season so we’ll find out shortly if the top 10 does any shifting.