Reservations
Skip to content
The fishermen and fisherwomen that have made the trip across the border have been rewarded with some excellent late-season fishing. The weather has remained mild and we are starting to see some fall colors arriving.
Our guests were treated to some excellent pike fishing, as the dual of Travis Ison and Rick White caught over 150 northern pike in the 30 to 39-inch category along with some nice smallmouth bass. They have been coming to the lodge for many years and felt that this may have been one of their best years of fishing for northern pike not only in size and quantity but the fish were some of the fattest and healthiest they have ever seen.
Dr. Bob Gouge and Debbie Galloway spent the week fishing both Red Lake and Parker Lake and were rewarded with some great walleye and smallmouth action. They enjoyed the solitude of having the camp almost to themselves and Bob definitely enjoyed all of Jan’s home-cooked meals and desserts.

Travis was all SMILES after landing this monster northern!

Travis found some time for a little smallmouth bass fishing on Parker and was rewarded for his efforts catching this nice 17.5-inch football. 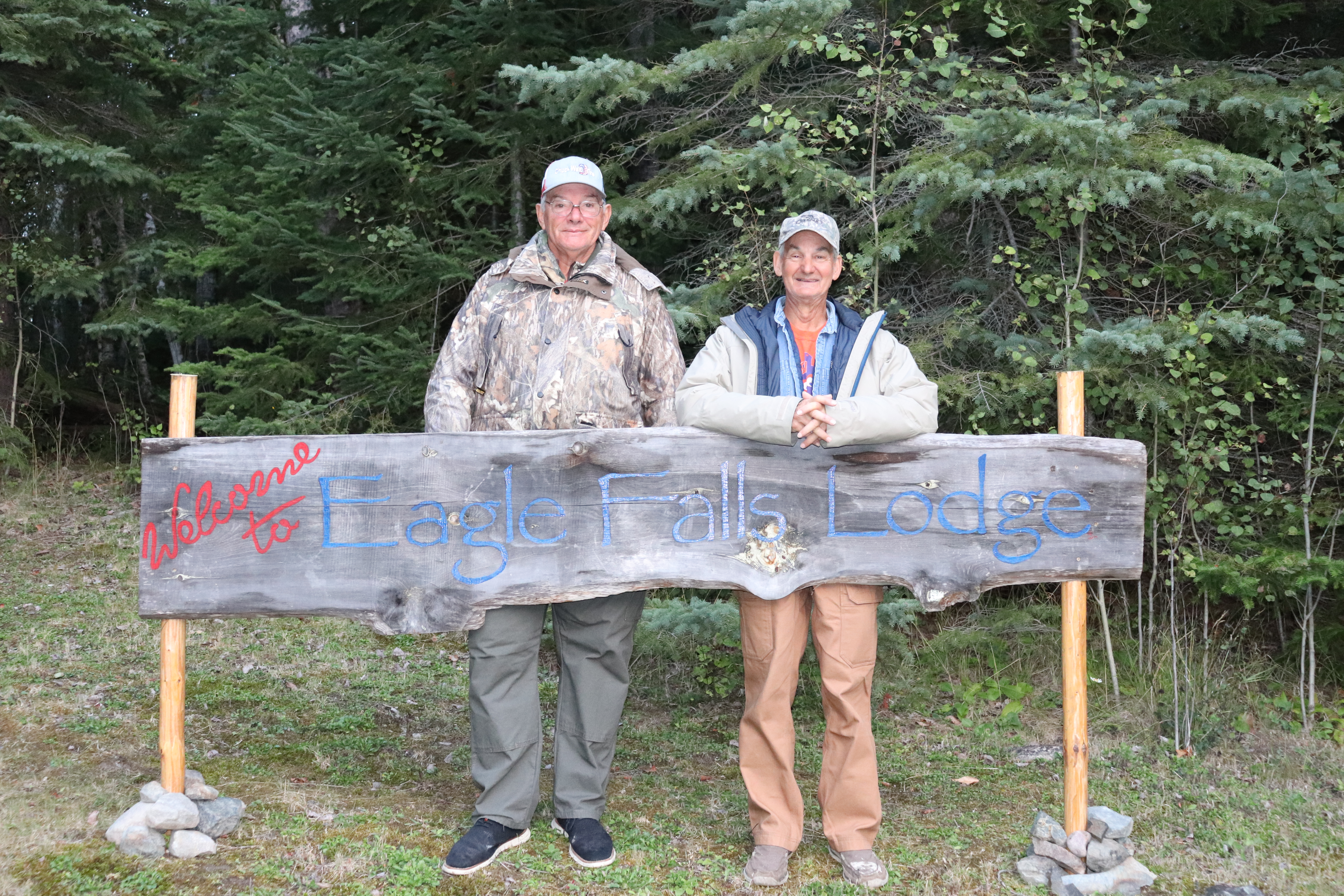 True” Best Fishing Buddies”, Travis and Rick spent two weeks here at Eagle Falls Lodge and enjoyed what they believed was some of the best pike fishing in years 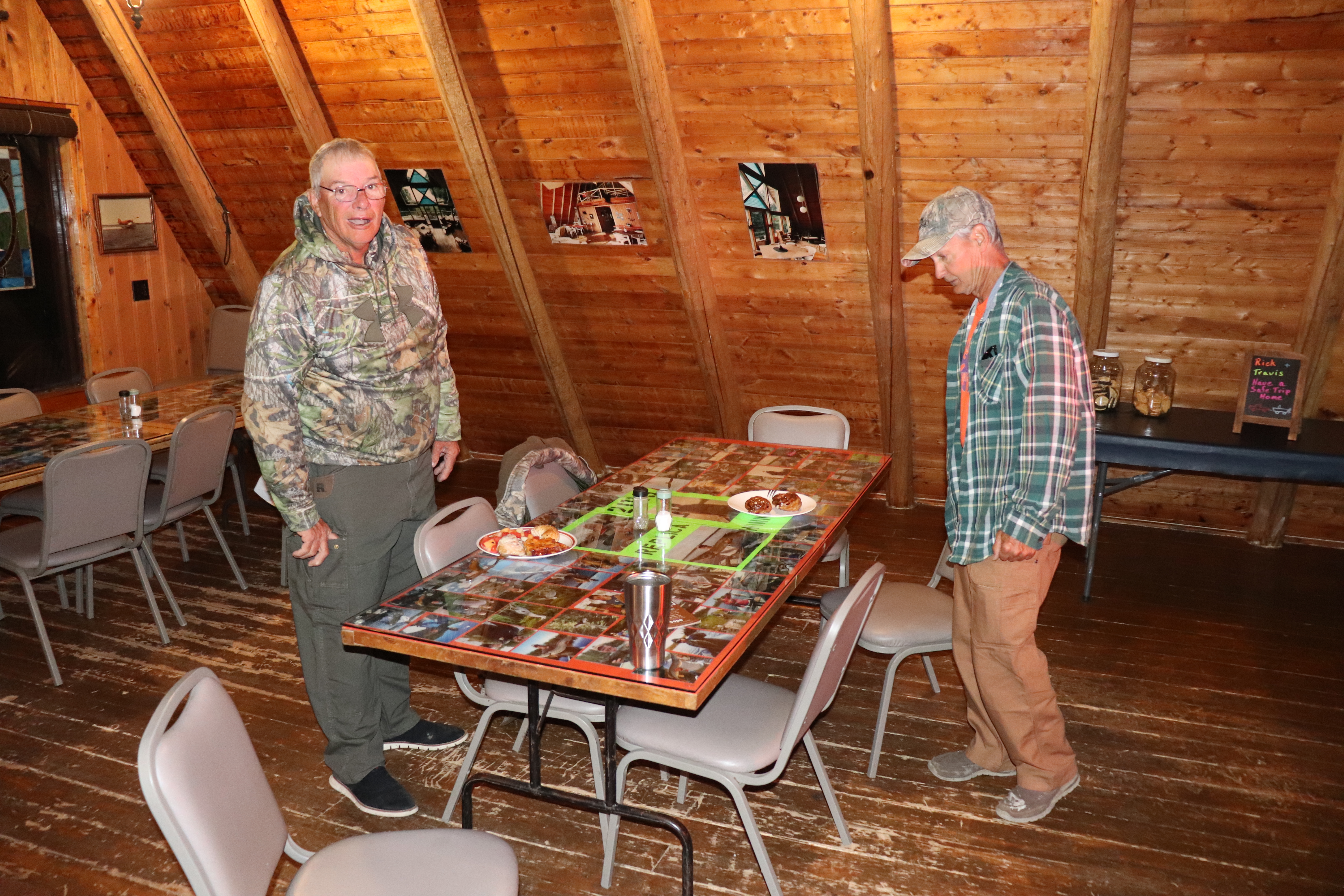 Getting ready to sit down and enjoy some of Jan’s home cooking. 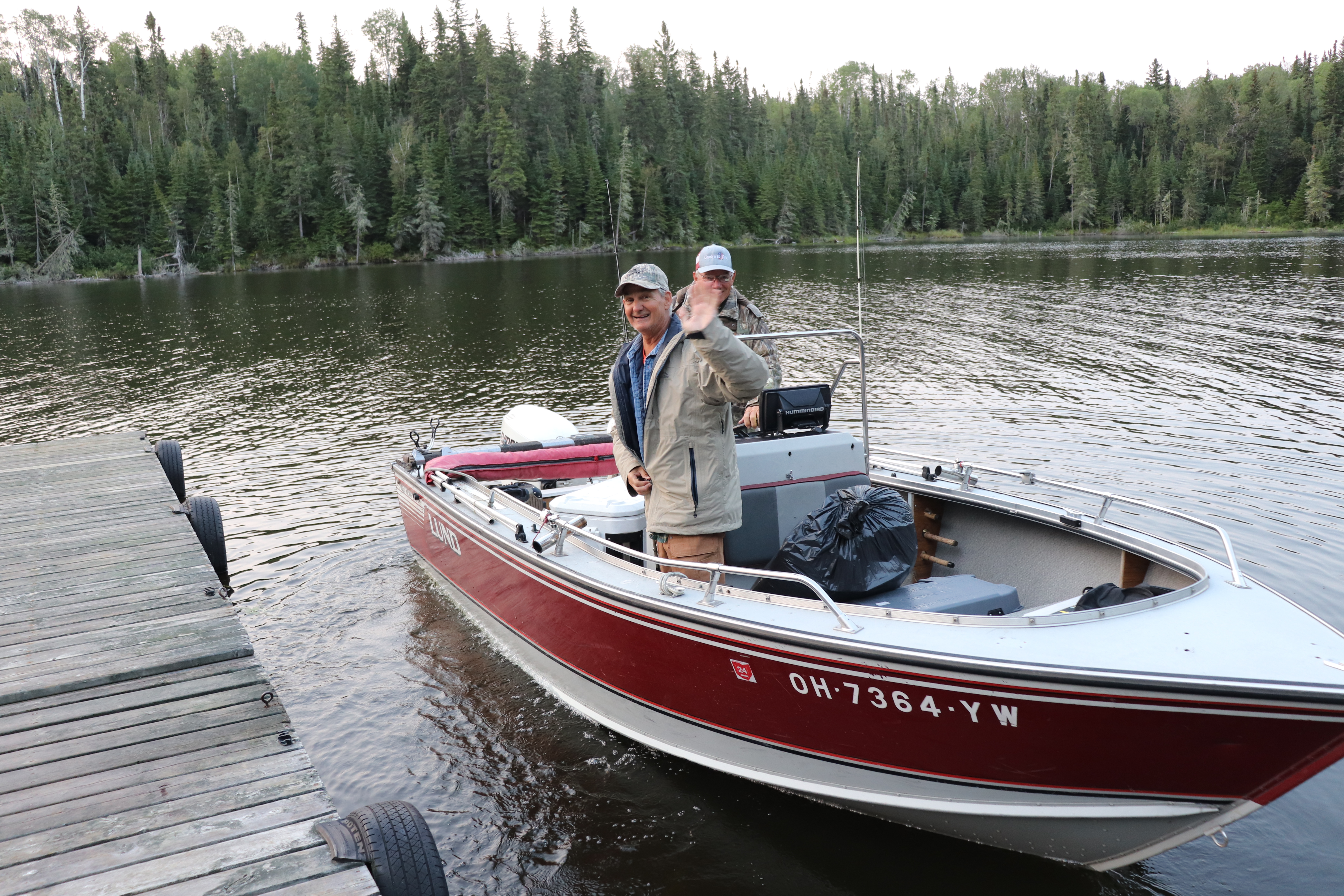 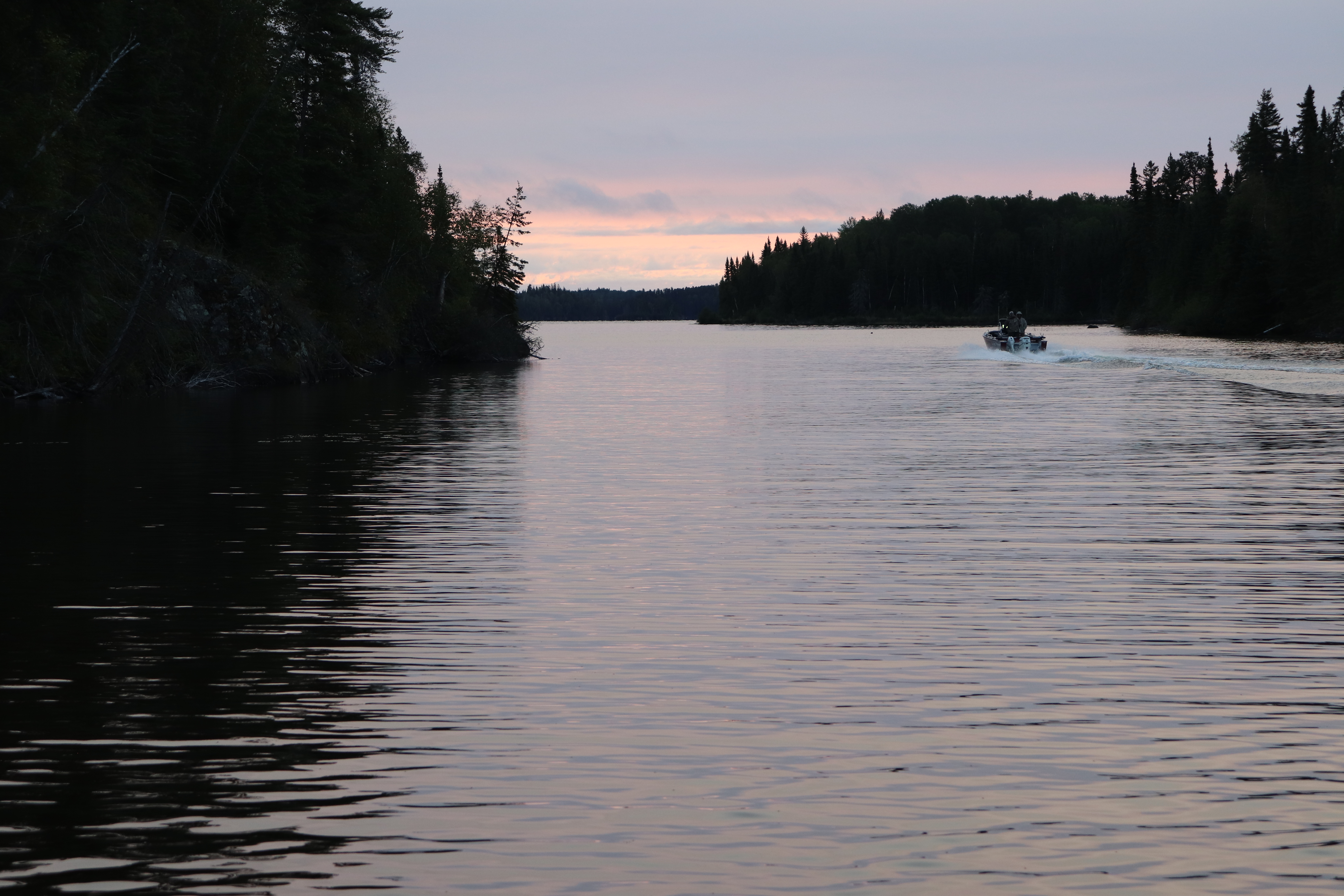 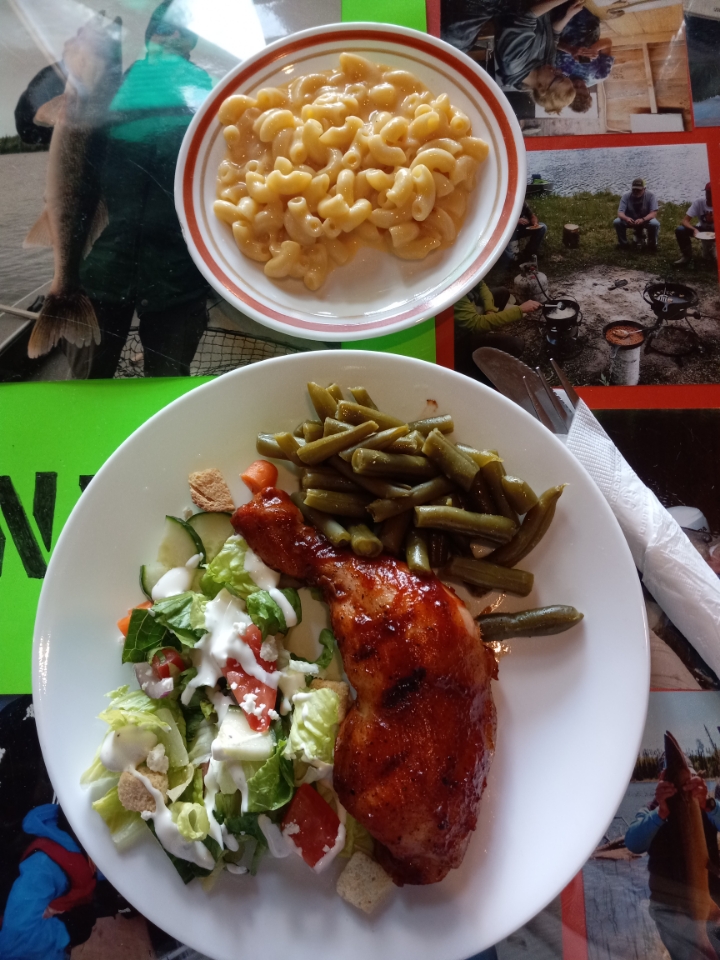 One of many of the outstanding home-cooked meals that Bob enjoyed during his stay! 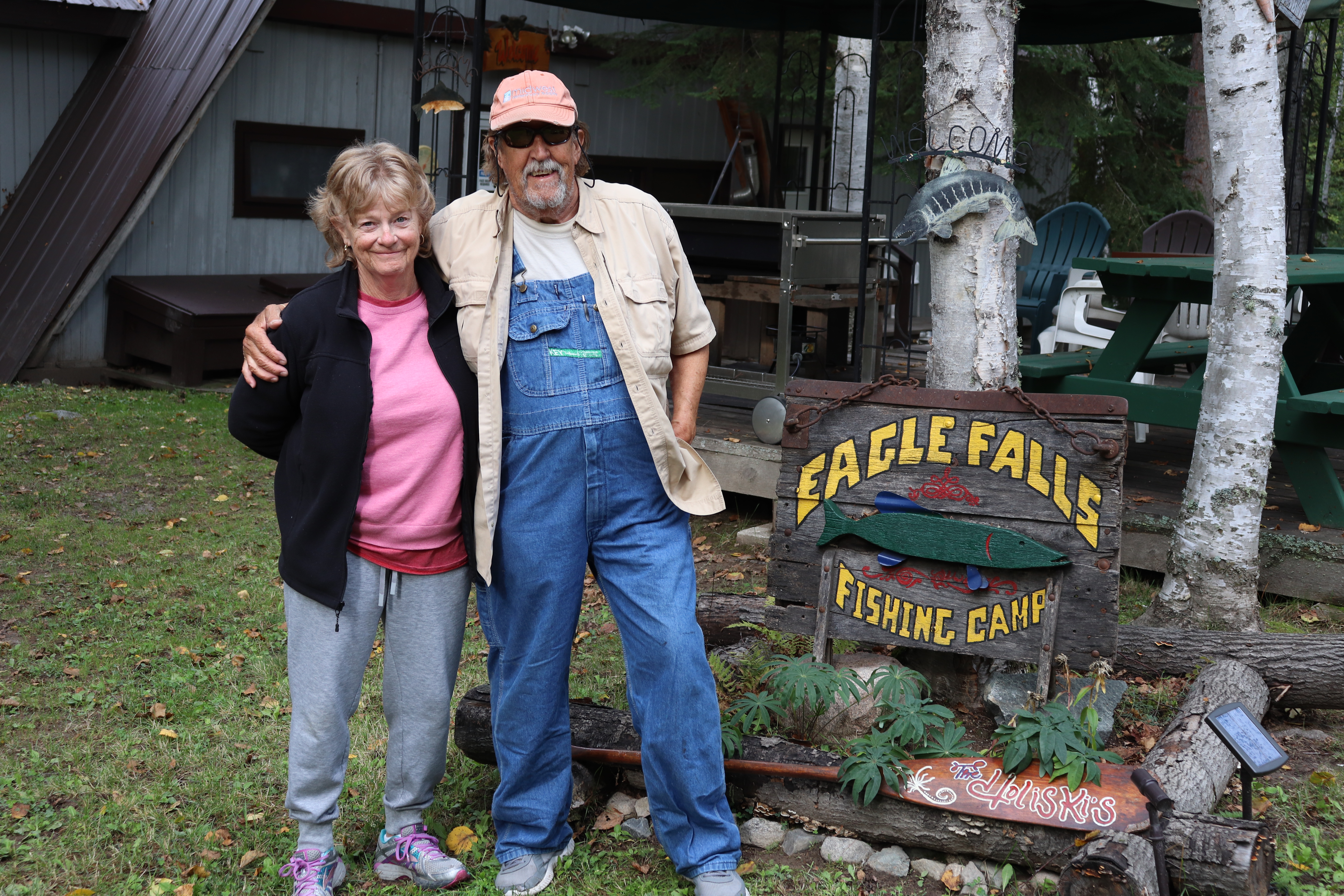 Debbie and Bob posing for one last picture before heading back to Missouri. 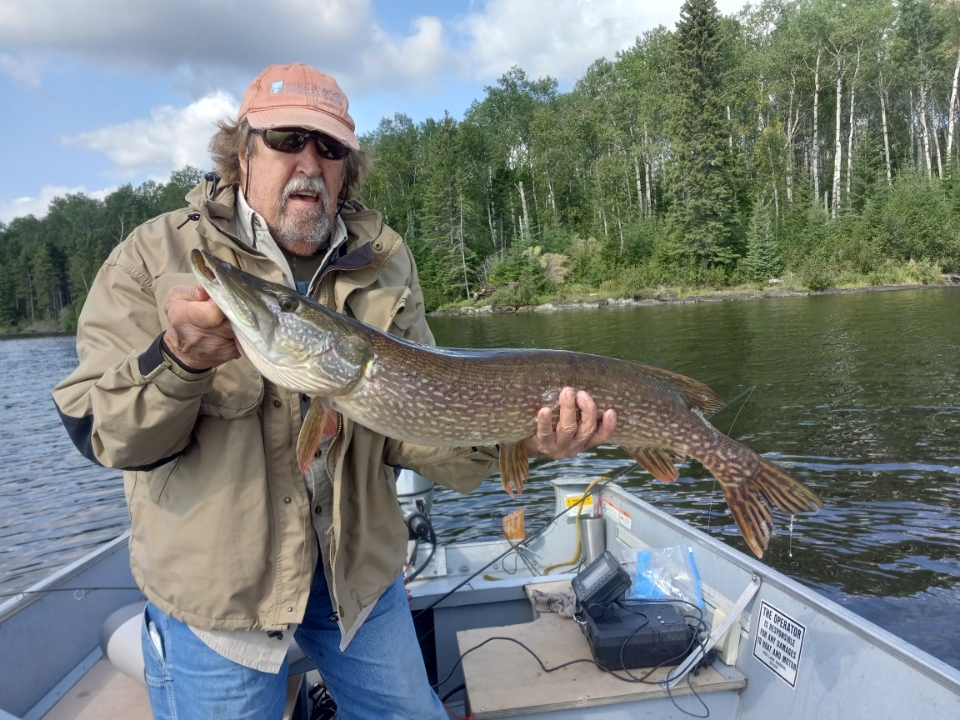 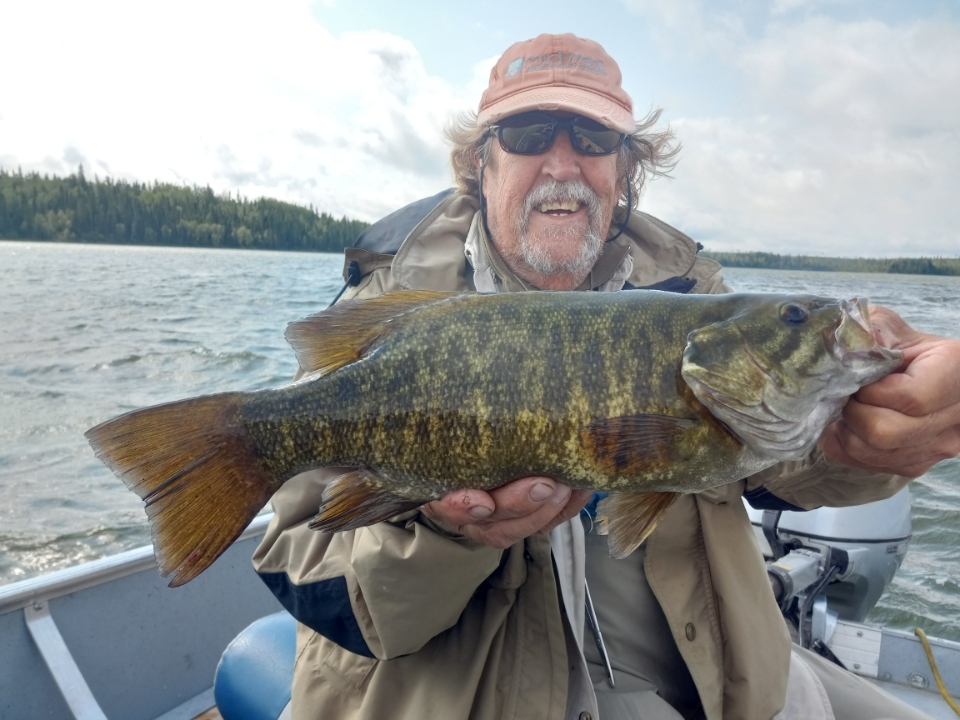 Bob with another football smallmouth bass

As we move into our final two weeks of the season we would again like to say thanks to everyone for supporting us during these challenging times. To those that have come up this summer and to those who have rolled their deposits into the 2022 season we say Thank You!!
Take care and be safe,
The Holiski’s