Fishing continued to be productive this week despite a slow couple days after a heavy mayfly hatch on Red Lake on Tuesday & Wednesday.  Walleye were biting in 6-12’ on Parker Lake.  Some fish appear to be transitioning to the main lake on Red Lake.  Early in the week fish were hitting in 8-14’ in the bays, but some moved deeper as the week progressed.  We had guests catch fish in 20-30’ of water yesterday on some of the deeper points and humps outside bays that did not produce early in the week.  At least in the middle of the lake walleye are starting to move from the bays to the main lake.  Minnows, nightcrawlers, and leeches were all working well at various points in the week. 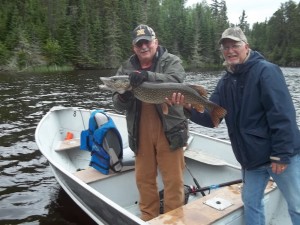 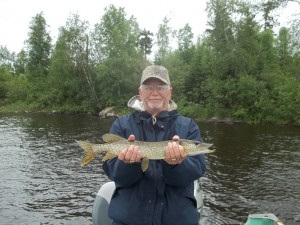 Braidy did quite well on his first trip up: 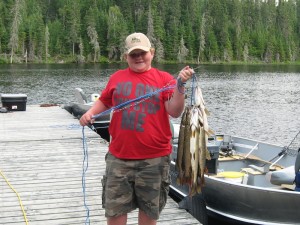 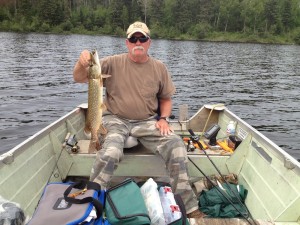 Here is Fred with a 24″ walleye on Red Lake: 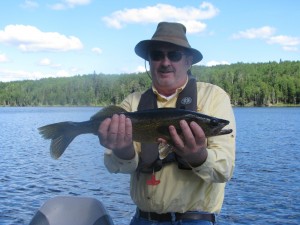 And his son Josh with a nice slot sized northern: 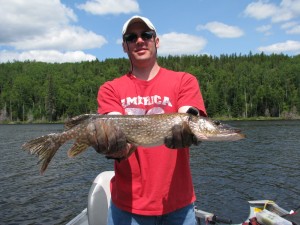 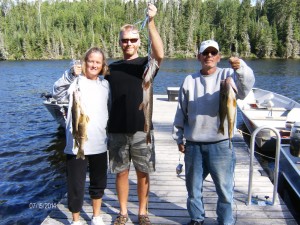 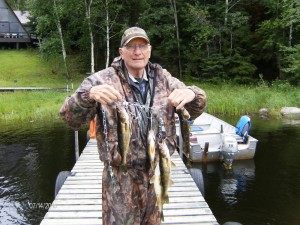 The weather started off unseasonably cool this past week with a 20 degree drop from last Saturday to Sunday.  It stayed cool and rainy with highs in the 50’s through Monday evening.  Makes for some good sleeping weather if you ask me.  What can we expect next week?  Well besides the unexpected, it looks like temperatures will be in the 80’s this weekend (hello heat wave!) and then drop back into the 70’s for the rest of the week.

Here are Fred and Josh last weekend dressed rather warmly for mid-July fishing: 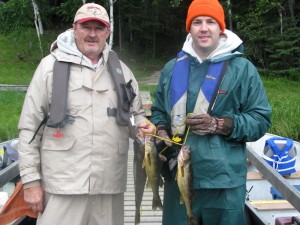 We also saw good numbers of Northern Pike in the slot and above the slot.  A pair of 40”+ Pike hit spoons and several were striking lindy rigs and jigs too for the walleye fishermen.

Nate caught this 34″ northern before supper… 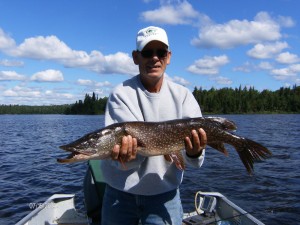 …and this 40″ northern after supper! 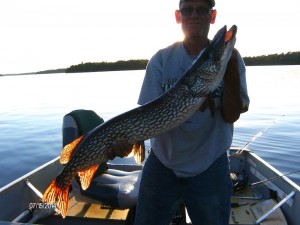 We added twelve more Smallmouth Bass to the season’s total on Parker Lake.  The biggest last week was 18”.  Most were caught on Rat-L-Traps and jigs.

Thanks to everyone for sharing the pictures!