We just dropped off another group this morning.  I know right?  It feels like I just typed this exact statement like 2 seconds ago.  The weeks continue to fly by and we are now down to just three groups left!  I guess I should feel lucky, though, because it seems like most people back home are starting school this week.  Isn’t summer supposed to last until Labor Day (or Labour Day if you are a Canuck)?

As the post title suggests we had A LOT of nice sized northern pike caught on both lakes this week.  Several slot fish and 40+” fish, which is always exciting to see.  They saw plenty of walleye as well, with a couple of particularly stellar days for walleye fishing on Red Lake.  The guys swore by floating jigs this week for walleye – one guy used a purple one and could have made some quick cash if he had been willing to give it up!

Don’t just believe what I type, here are some photos to prove it: 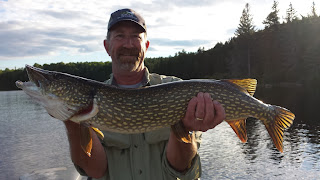 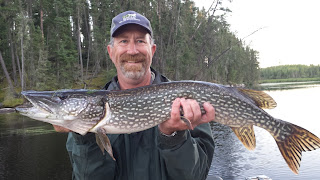 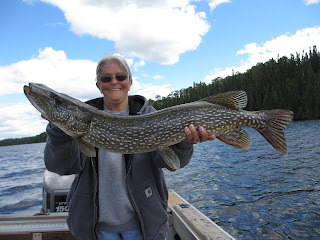 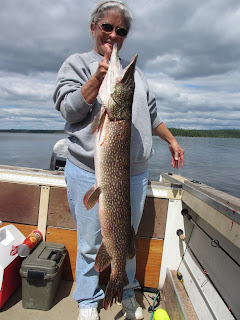 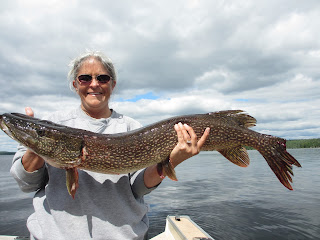 check out that tail!  Ouch! 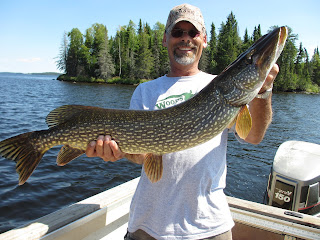 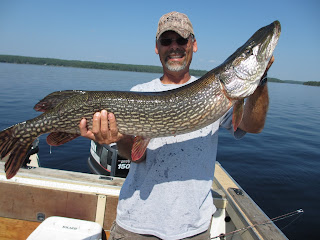 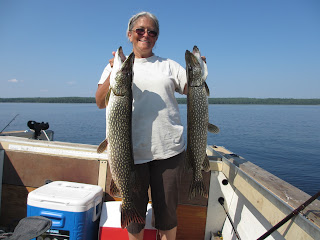 Bob and Denise had a nice double on Red Lake as well! 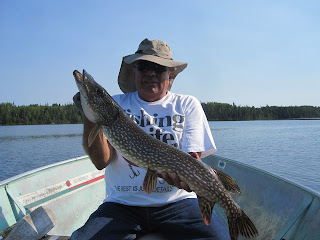 Pete – 32″ northern on Parker Lake
Big Fish of the week! 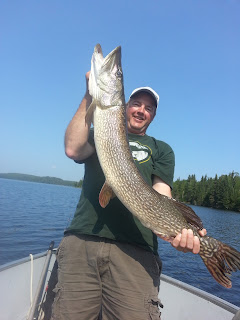 Scott – 44 1/8″ northern on Red Lake.
He caught this just before supper on the LAST day! 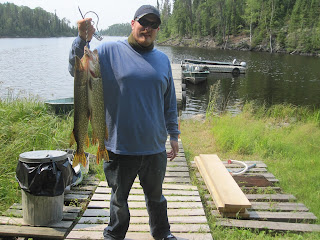 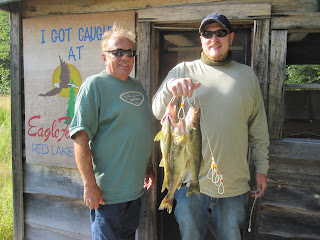 Pete and Chris with plenty of walleye for the weekly fish fry. 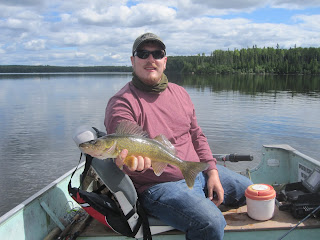 One of many walleye caught and released on Parker Lake
Perhaps the best fish story of the week was this “once in a lifetime” fishing double off of Parker Lake.  These guys were fishing right close to the lodge and brought in a nice 22″ walleye – but as they were bringing it to the boat a 40″ northern clamped on!  They quickly boated back to the dock where Travis helped them get some pictures of both fish and successfully release them both back into the water. 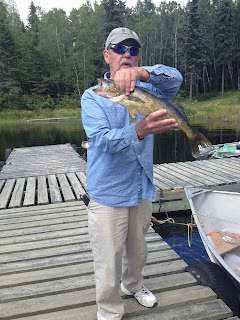 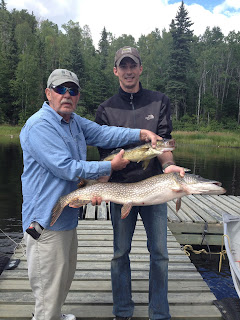 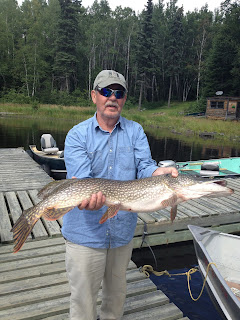 Way to go Dave!
We have to give a shout out to Dave’s fishing partner, Walt, who successfully netted both fish!
It remains to be seen if someone can top that this coming week.  There will be a lot of fishermen arriving tomorrow that target northern pike, so I’m sure we will have more monster pike pictures to share soon.
Looks like summer isn’t over yet!  The temperatures will creep back up into the 80’s this week, so we will see how that affects the fishing.  We have some veterans coming in to camp, though, so I’m sure they will do great!
Have a good weekend!