We are already getting the next group settled this weekend, but wanted to share some awesome pictures from the past week:

Craig and Mike did some fly-fishing on Parker this week with some excellent results.
Here is Craig with a 35″ northern pike on Parker Lake 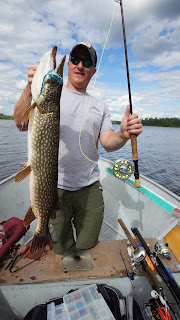 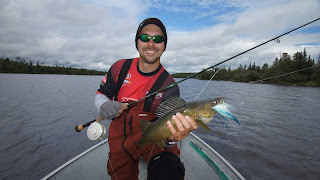 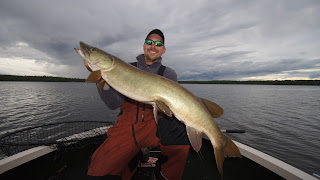 These two also got some nice fish off of Red Lake as well.
Here is Craig with a nice 24″ walleye. 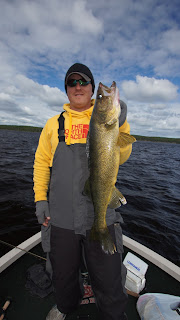 And Mike with his 42″ northern pike 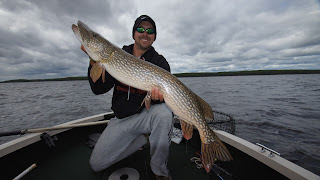 Not a bad week with several big fish caught and released!
We also had a bit of a family reunion this week as well.  We had four brothers up for a week of fishing.  These guys grew up fishing with their dad and now try and get together regularly for fishing trips. 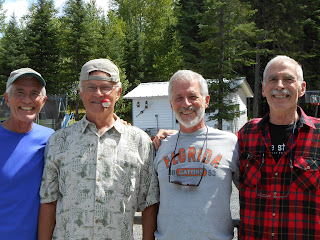 Can you tell they are related?
Their group got adventurous and did some portaging earlier in the week before the rain set in.  They got to test their strength, endurance, (and patience!) hauling these boats in and out in one day.  I think they had fun! 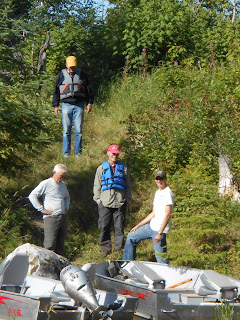 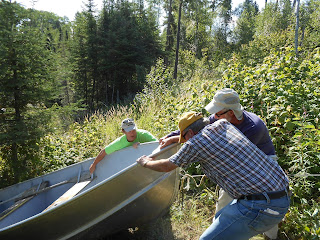 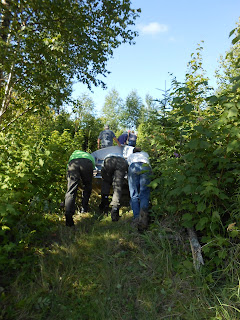 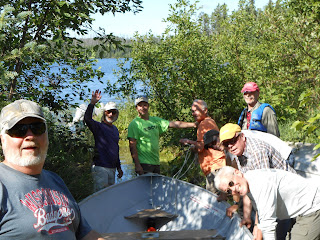 We also had another contender for biggest northern pike off of Parker Lake this week.
Here is Lynne with her 42″ Northern – its huge! 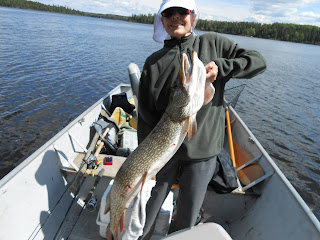 Gotta love when the ladies catch the biggest fish!
Over on Red Lake Tom caught a monster northern as well. 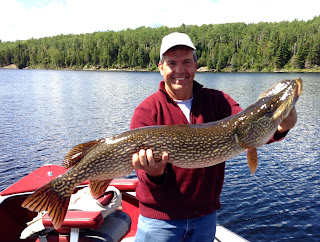 43.5″ northern pike – caught and released!
Tom was here with his son and son-in-law, both from Colorado.
They definitely have one of the longest trips home! 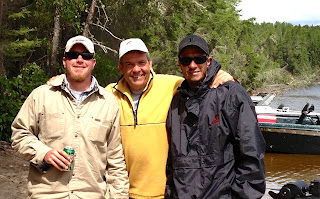 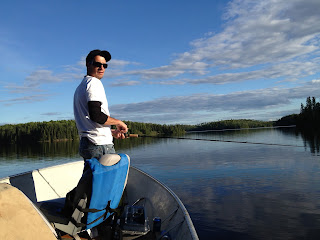 Tom’s son, Courtney, with a northern on Parker Lake 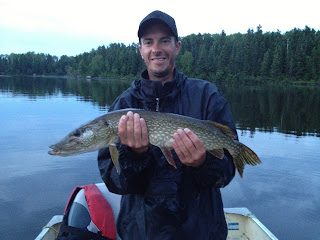 and his son-in-law, Marshall, with one of many more northern pike on Parker Lake 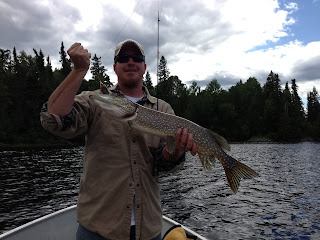 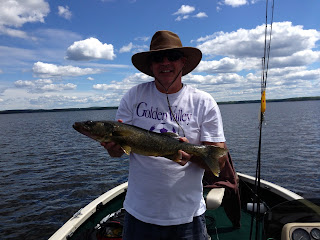 If you couldn’t tell from some of the pictures it was a bit cooler yet again last week.  Definitely feeling like September around here – not sure what the actual month of September will bring.  Yikes!  However, the forecast for this week looks great – so maybe it was just a random cold snap.  Last week’s guests also battled some wet weather, but as you can see they still managed to catch lots of nice fish!