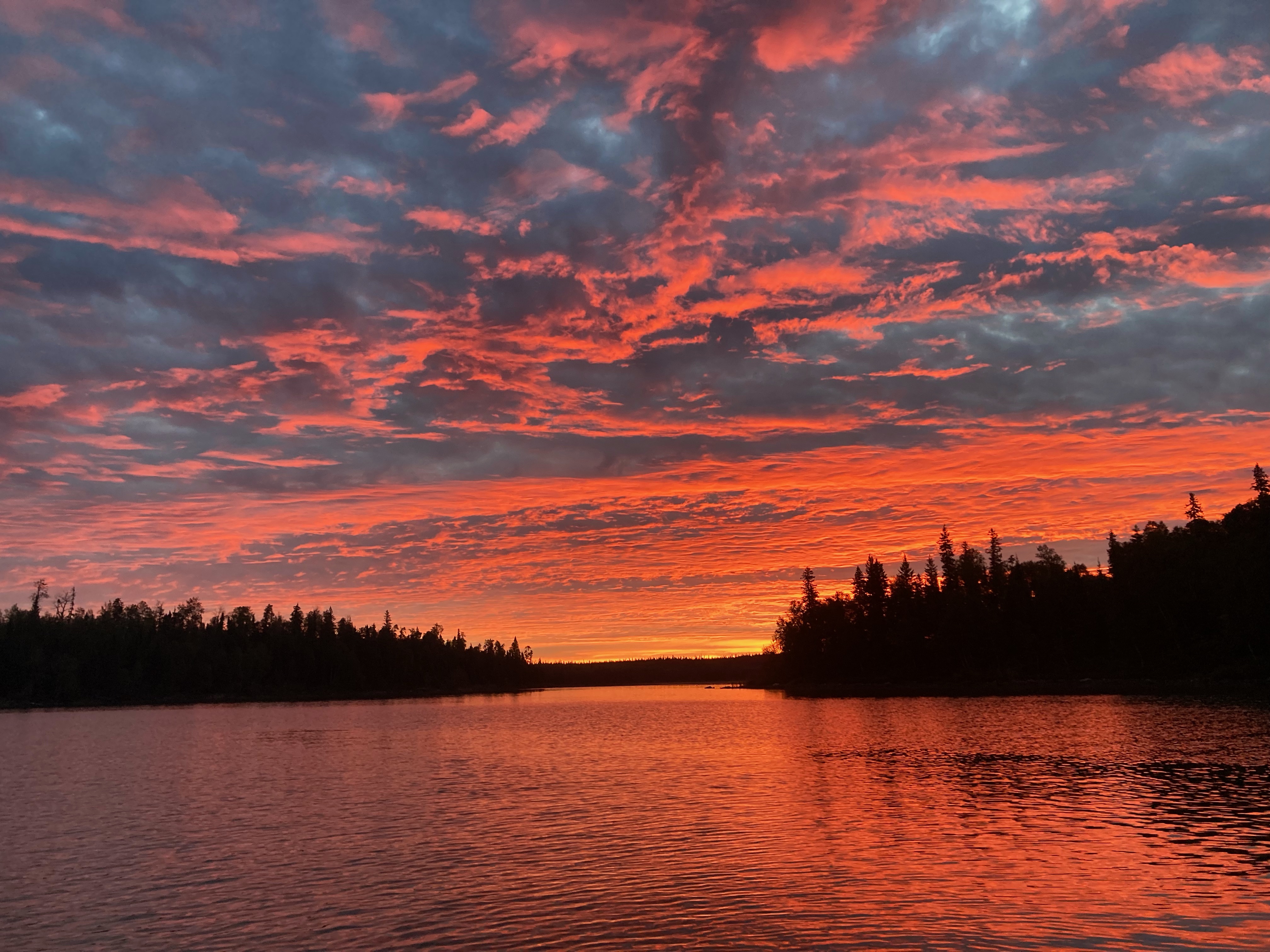 Our final week of guests were treated to some spectacular fall colors, mild weather, and of course some great fishing! We were pleasantly surprised and truly grateful for the response we received when we decided to extend our season an extra week, every room that was available was booked and made for a very rewarding end to our season.
We are now at home in Colorado and will begin reaching out to all of our guests who have rolled over their deposits to the 2022 season to confirm dates and reservations.
Thanks again to everyone for making our 2021 season a success!
The Holiski’s 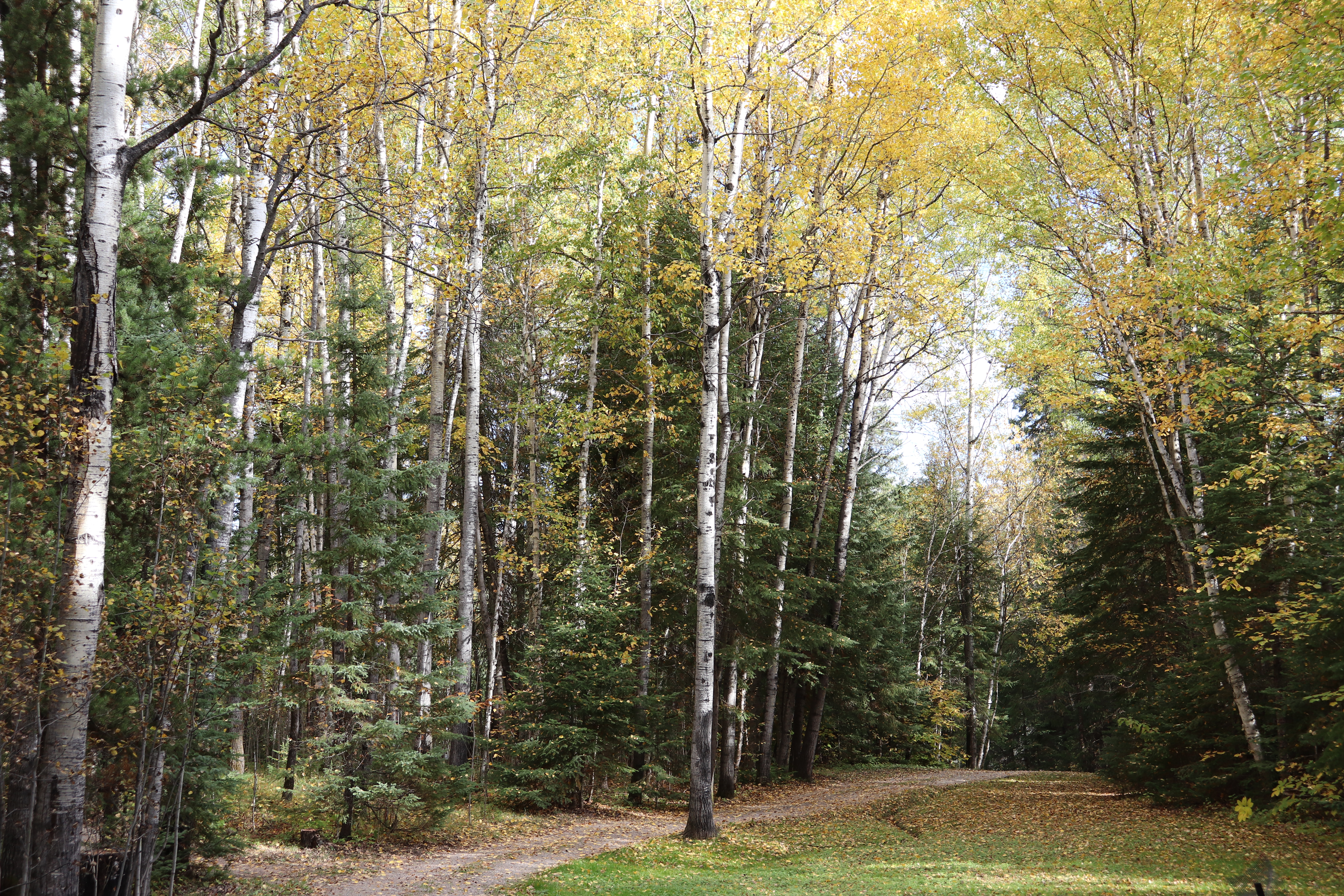 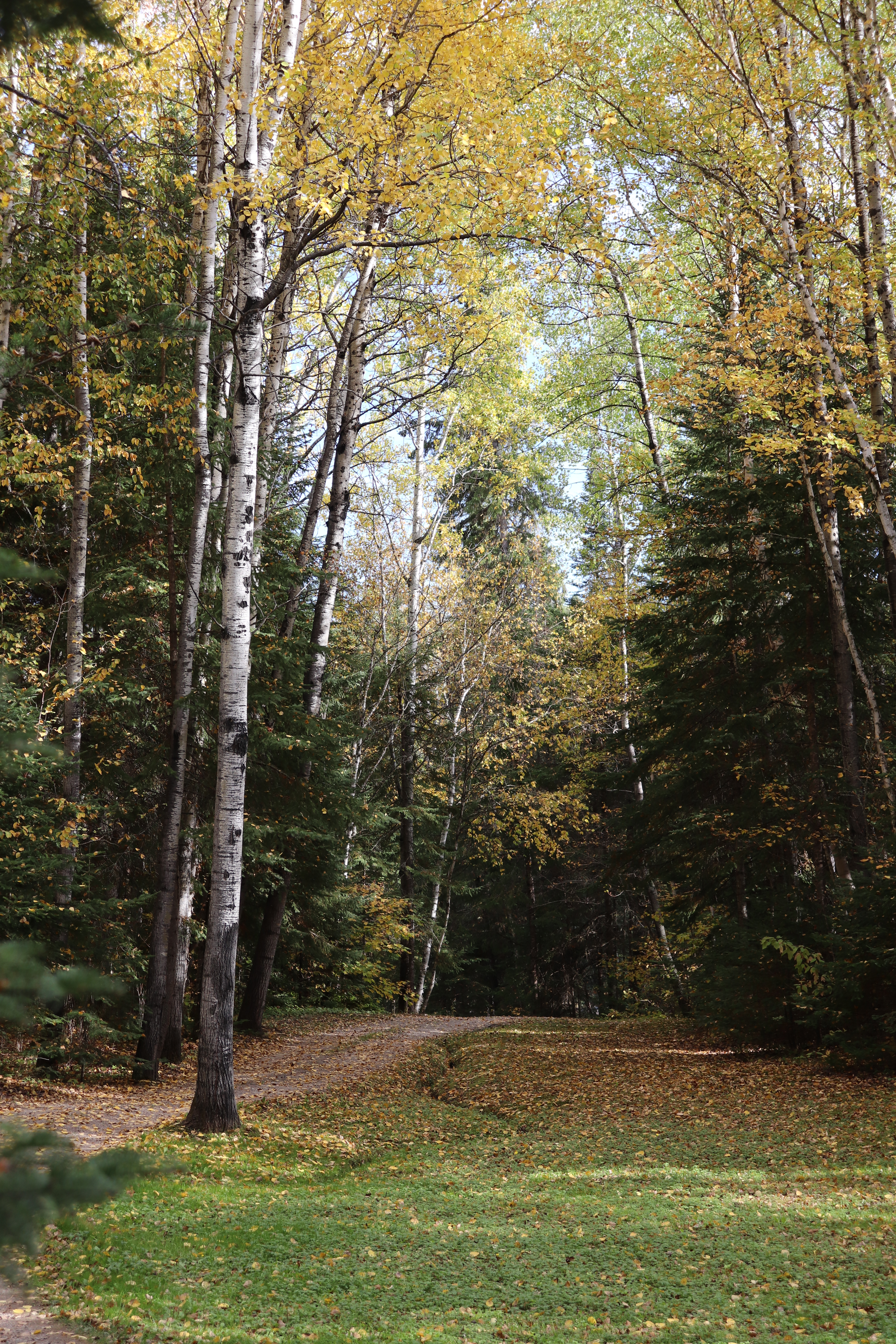 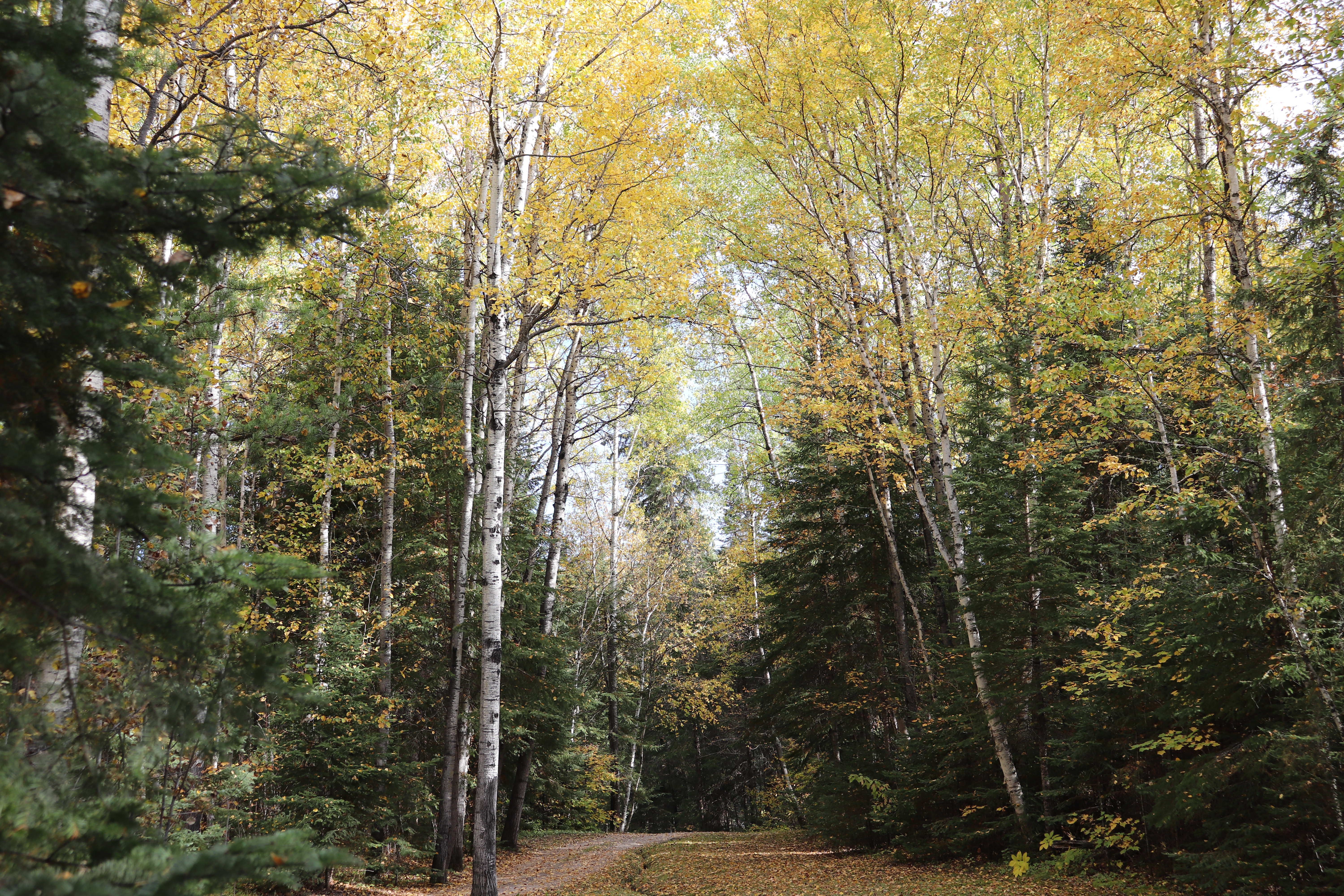 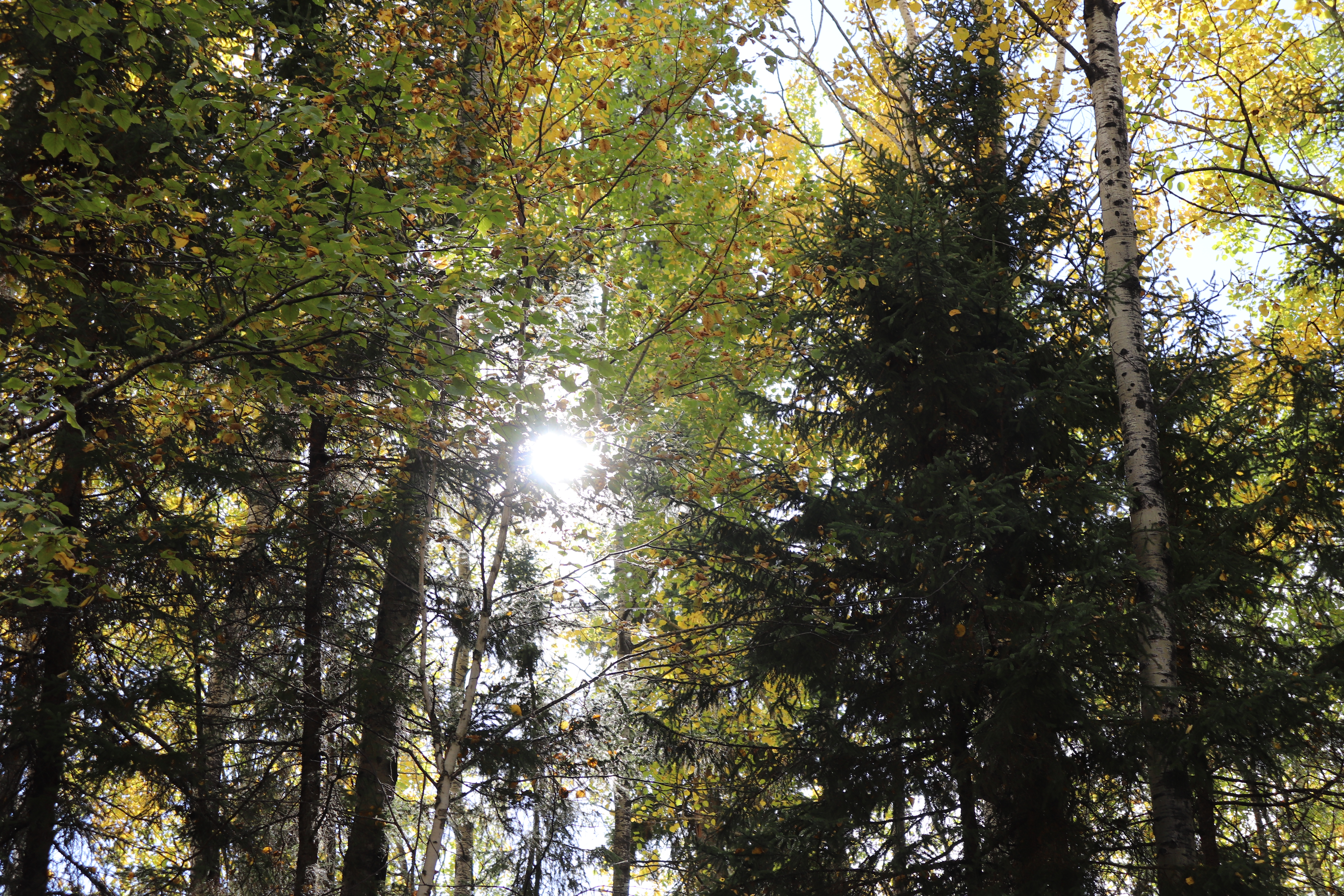 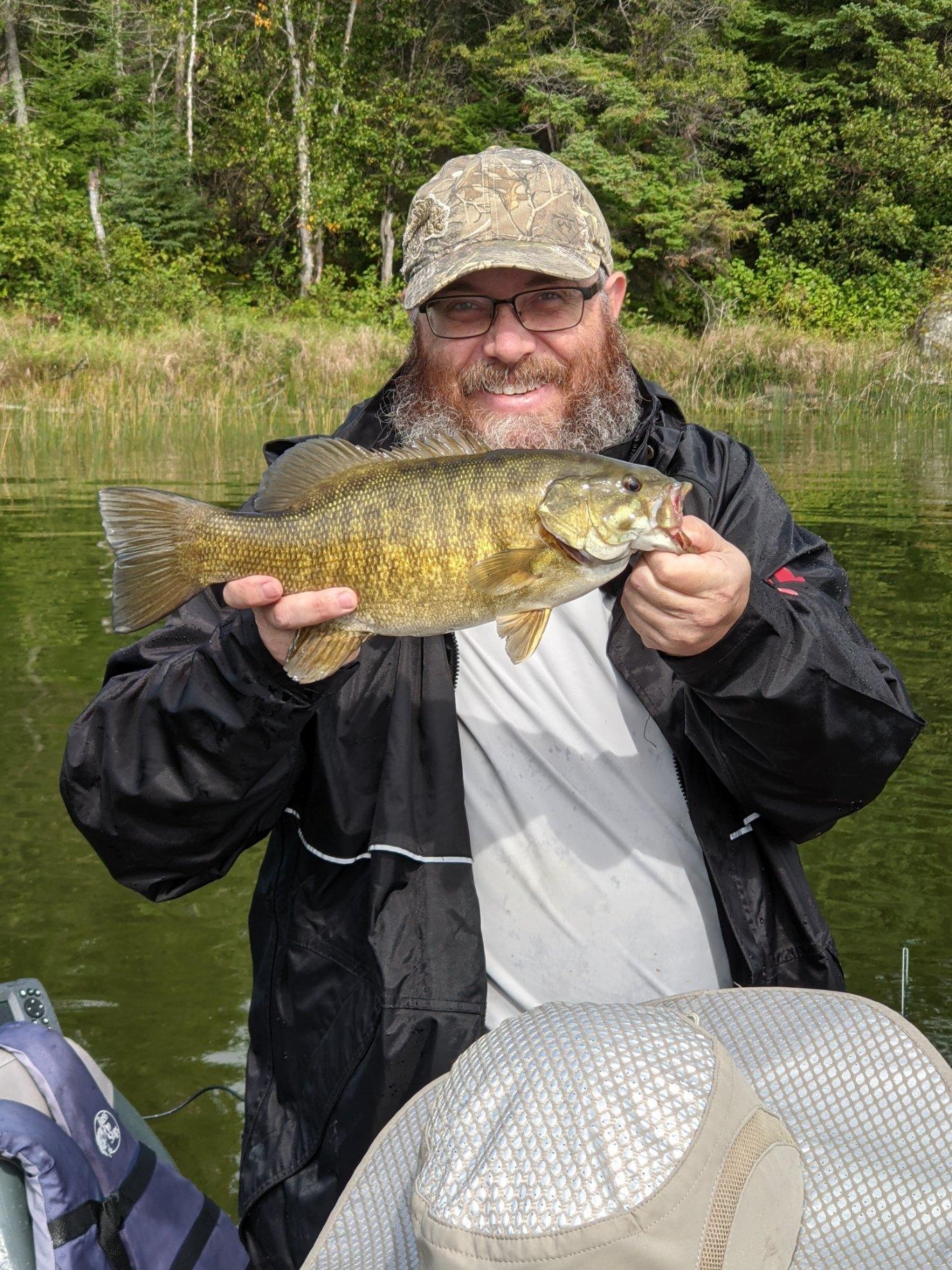 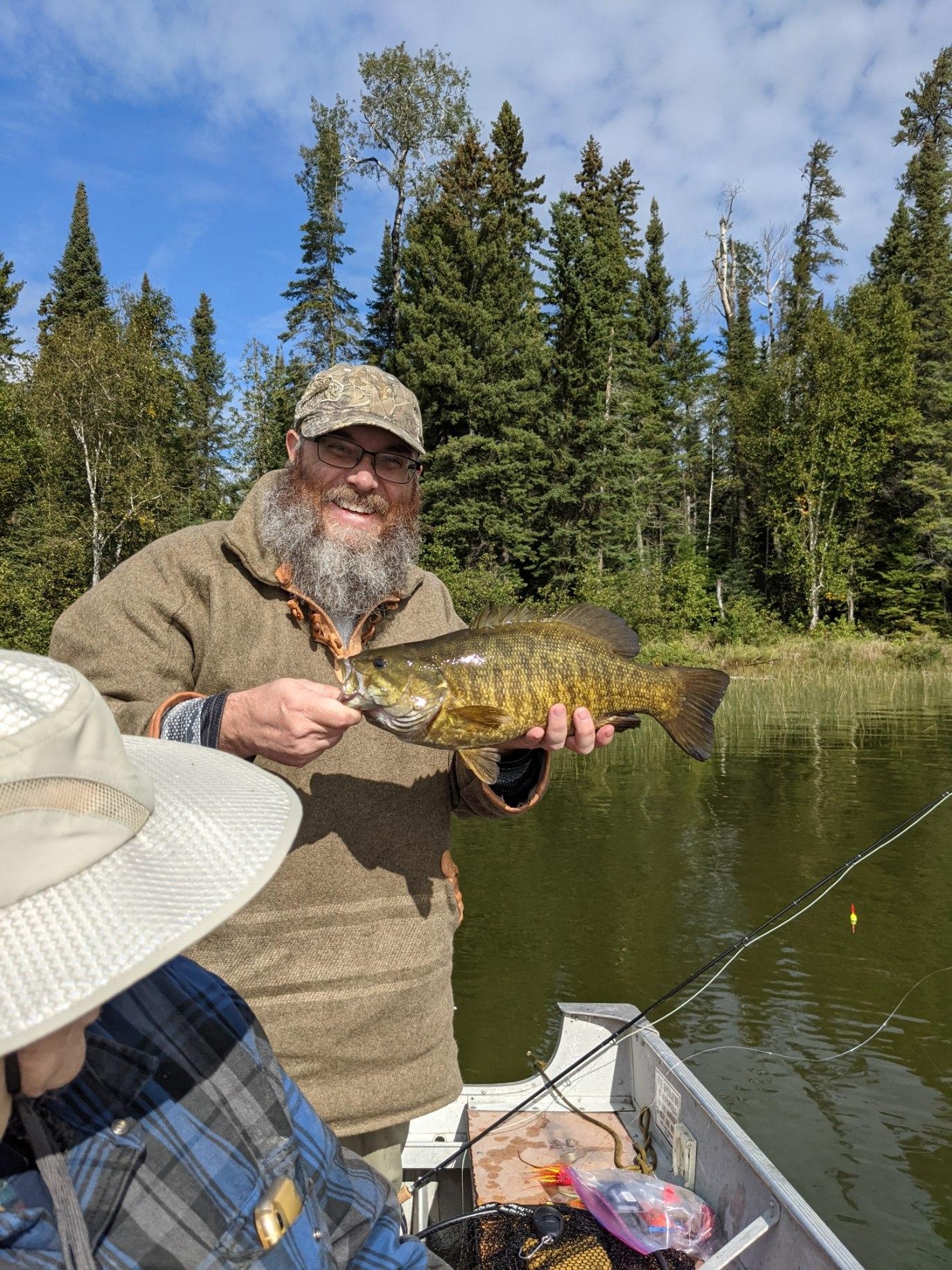 Ben with a couple of nice Master Angler smallmouth bass both caught on on a fly rod! Awesome job Ben!

John Brukbacher posing with two qualifying Master Angler northern pike, both were 43 inches and were caught and released on Red Lake. Thanks for your support of our Catch and Release program here at Eagle Falls Lodge.

Tom was a first-time guest at the lodge and was thrilled to catch and release this nice 41-inch northern pike on Red Lake, though it did not qualify as a Master Angler it was the Biggest fish he has caught in his entire life! Congratulations!

Not to be outdone by his son Ben, Dan Ferguson is equally proud of his 18.5-inch smallmouth bass. 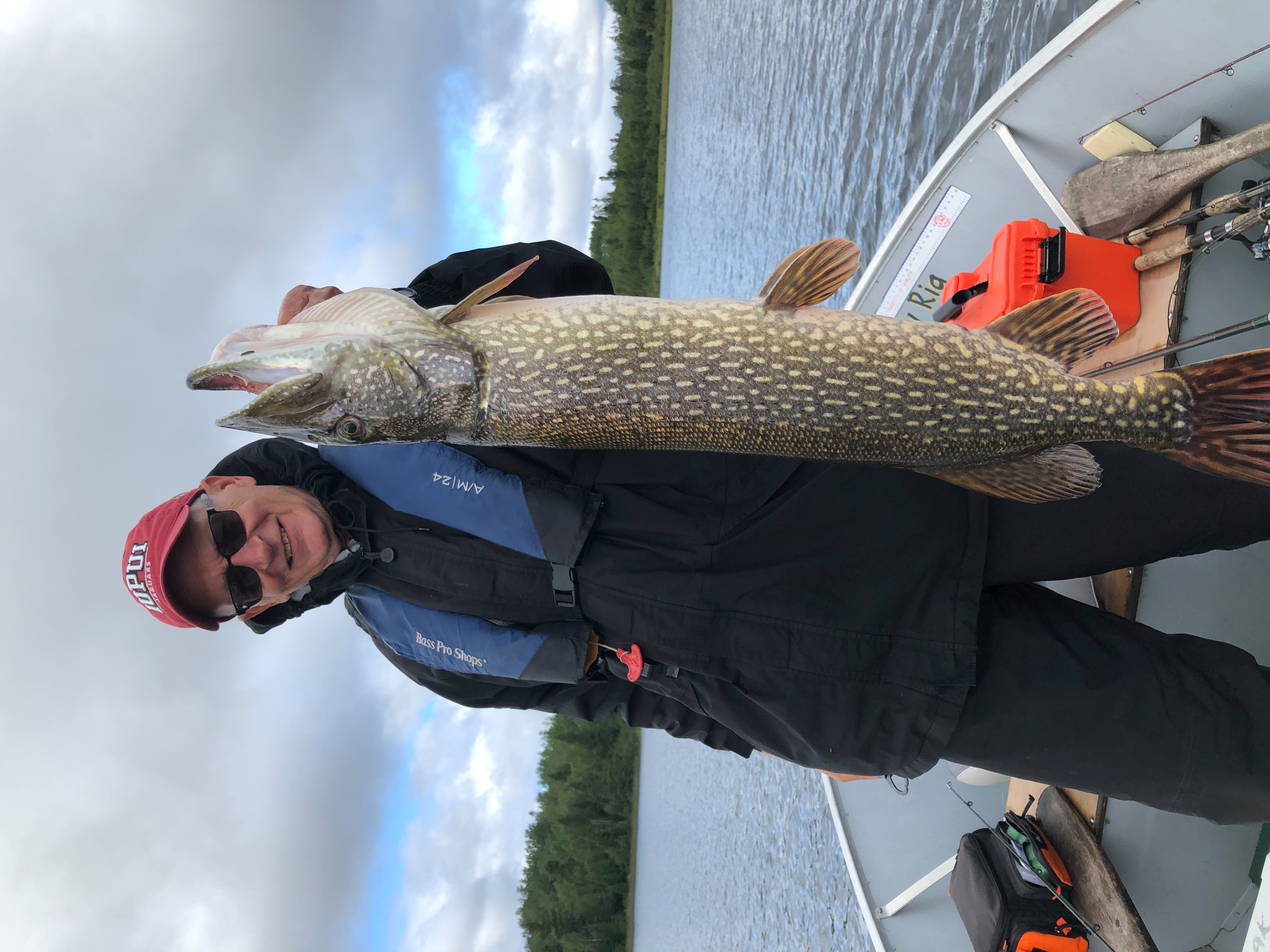 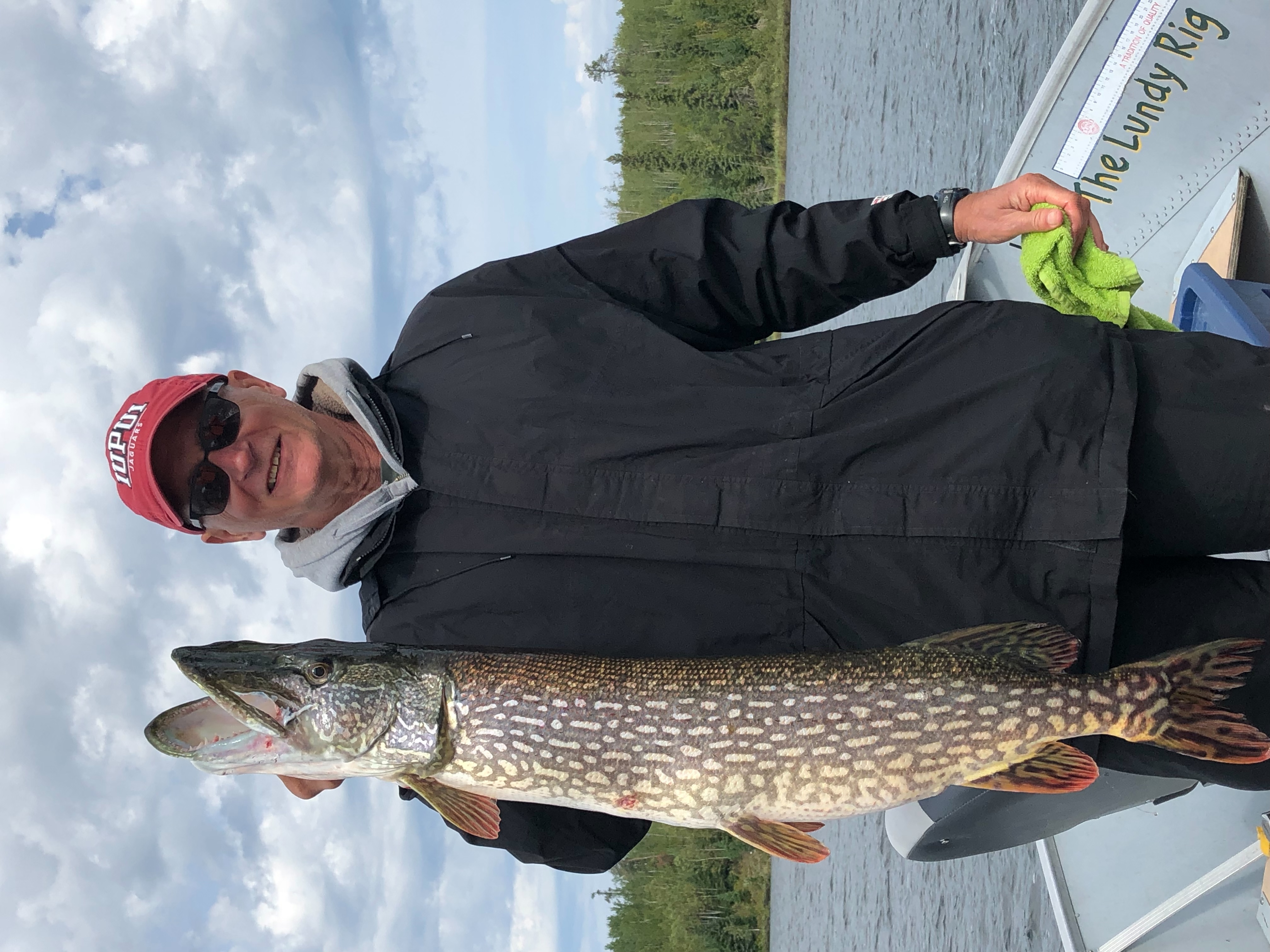 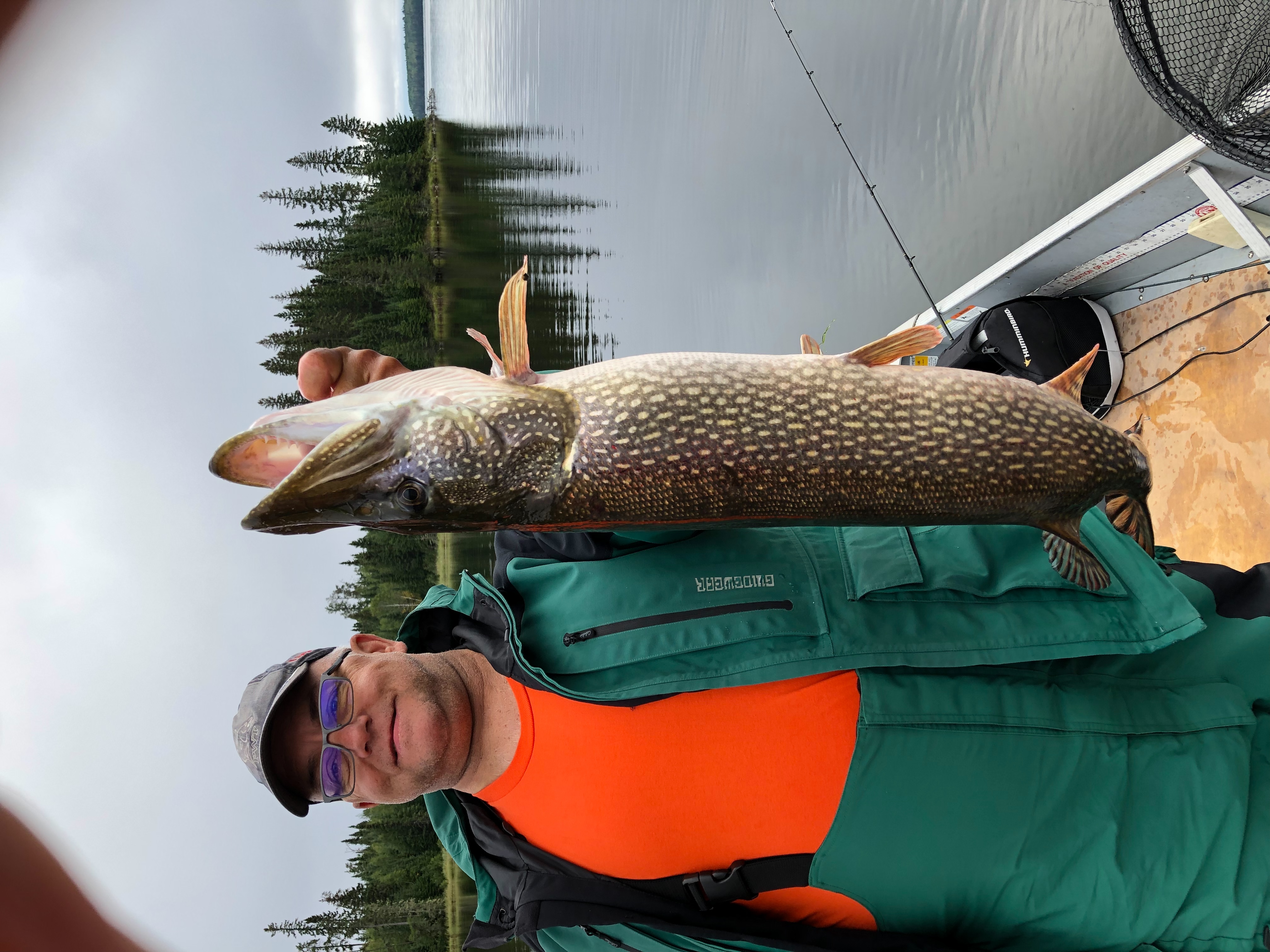 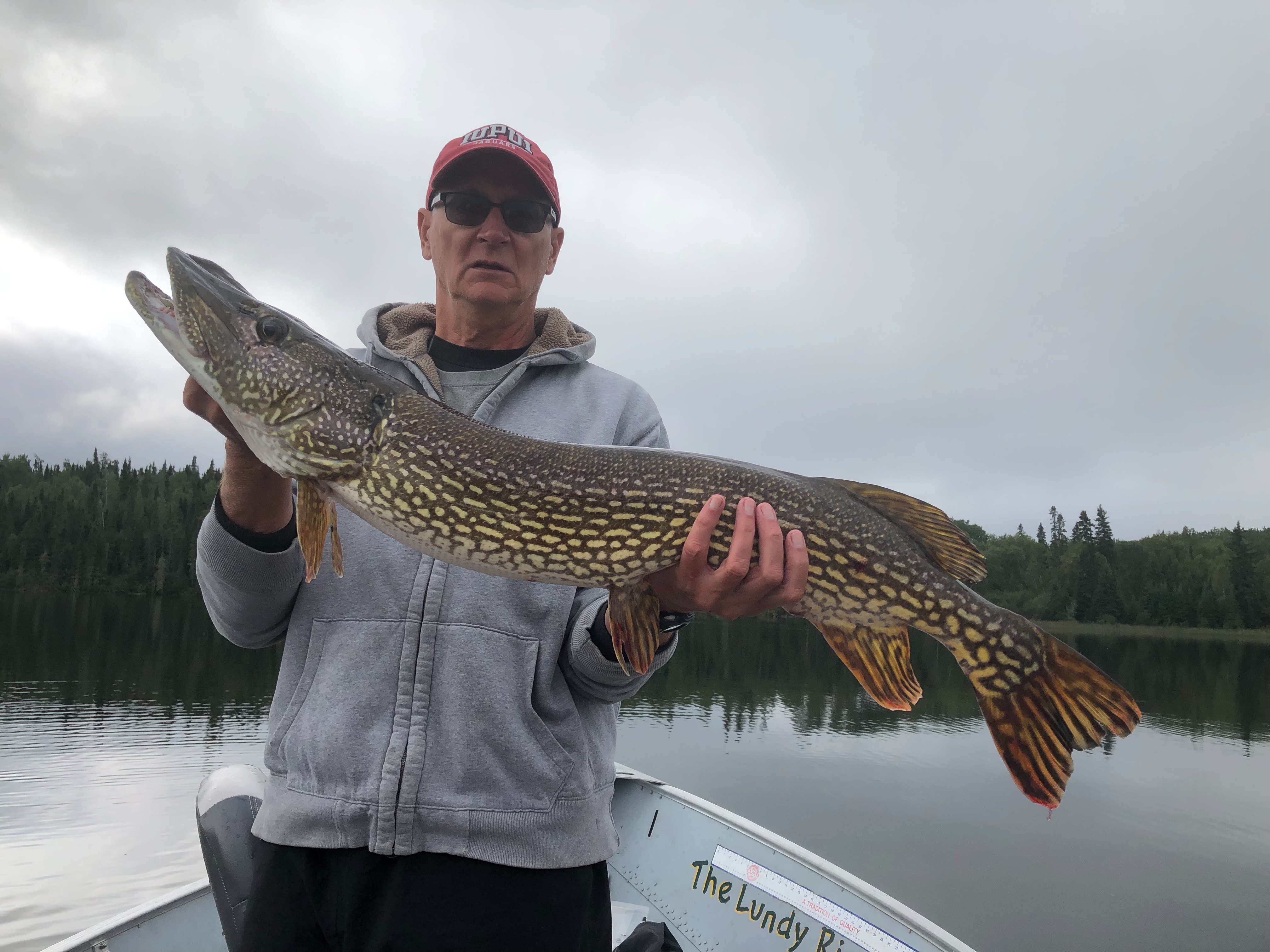 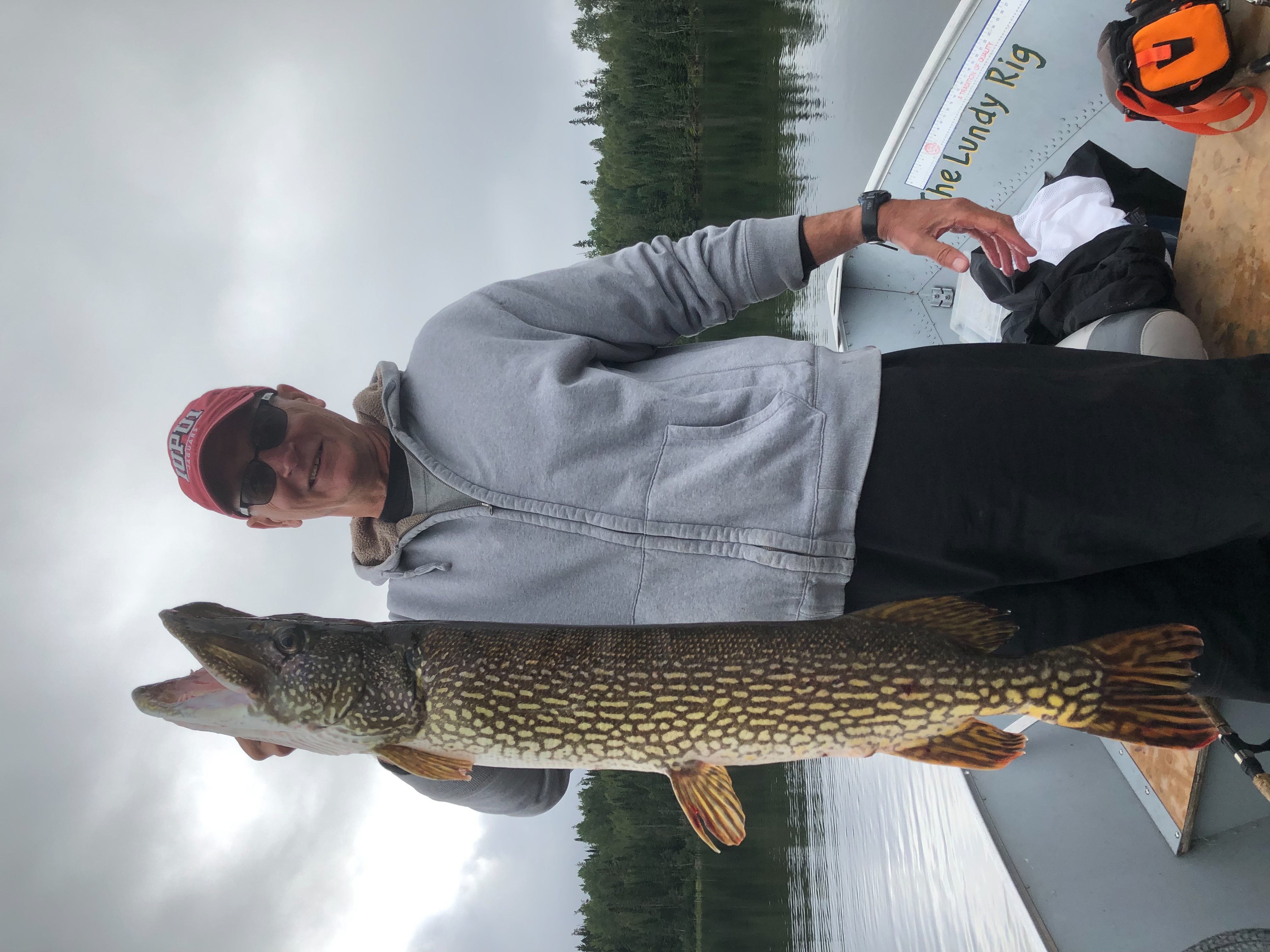 Tony and Dave spent the week in search of some monster pike and found them all fattened up and getting ready for winter. Nice bunch of northern pike caught and released on Red Lake. 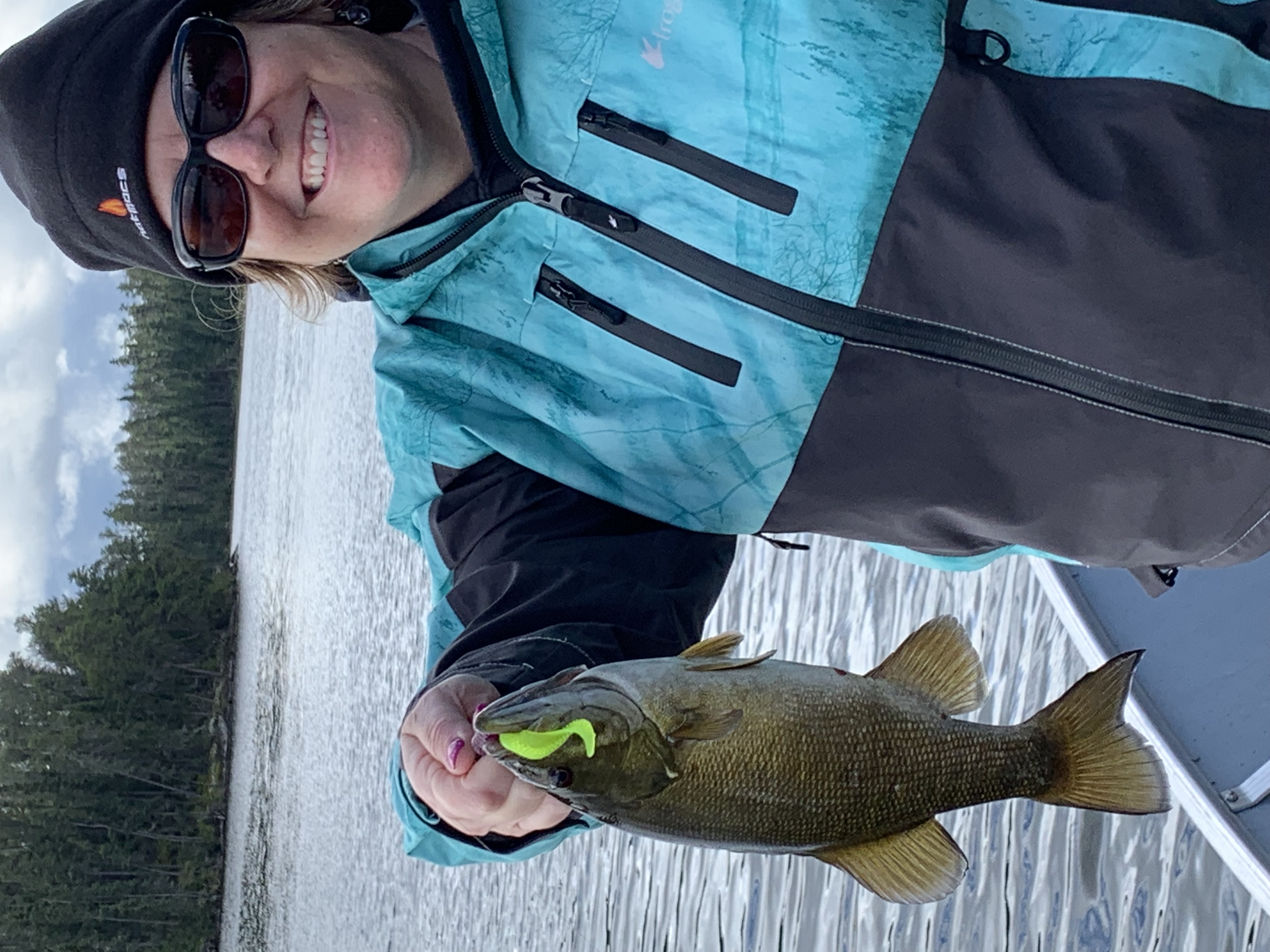 Laura with a nice smallmouth bass! 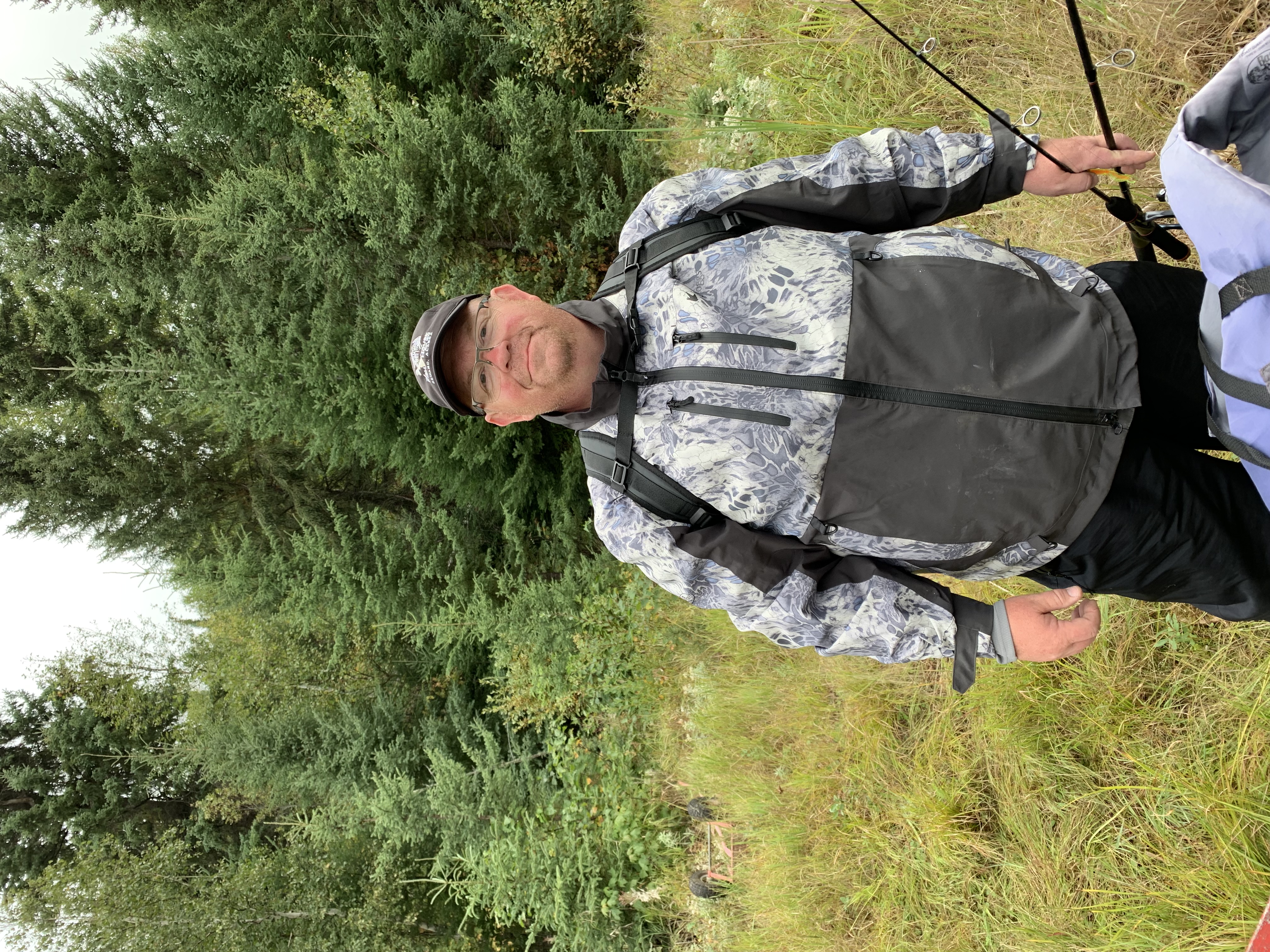 While Laura was busy fishing or taking those great pictures her husband Mike was getting ready for a day out on the lake hoping to catch some fish. 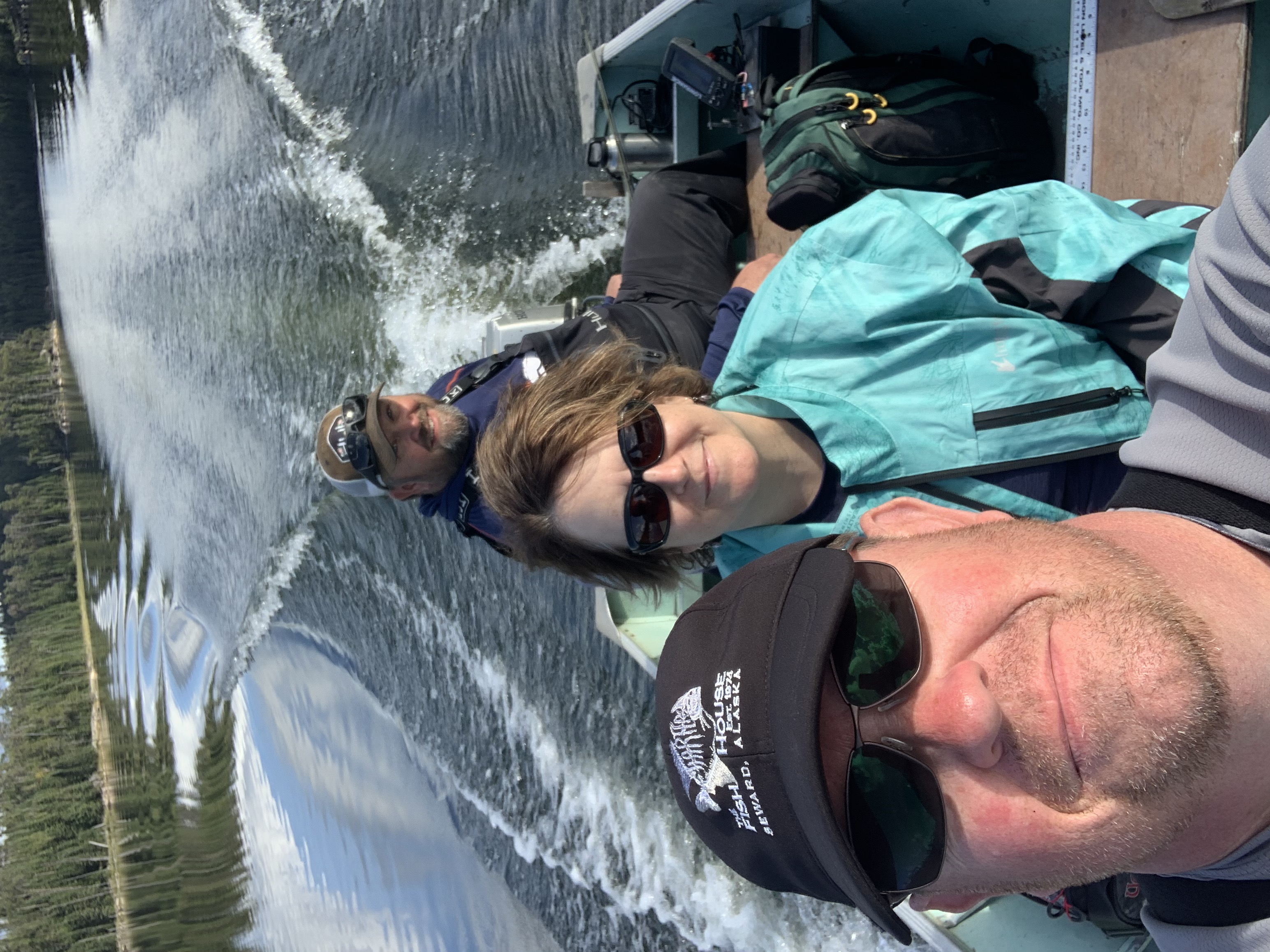 Mike, Laura, and Ben heading out for an adventurous day of fishing! Thanks, Mike for the cool selfie. 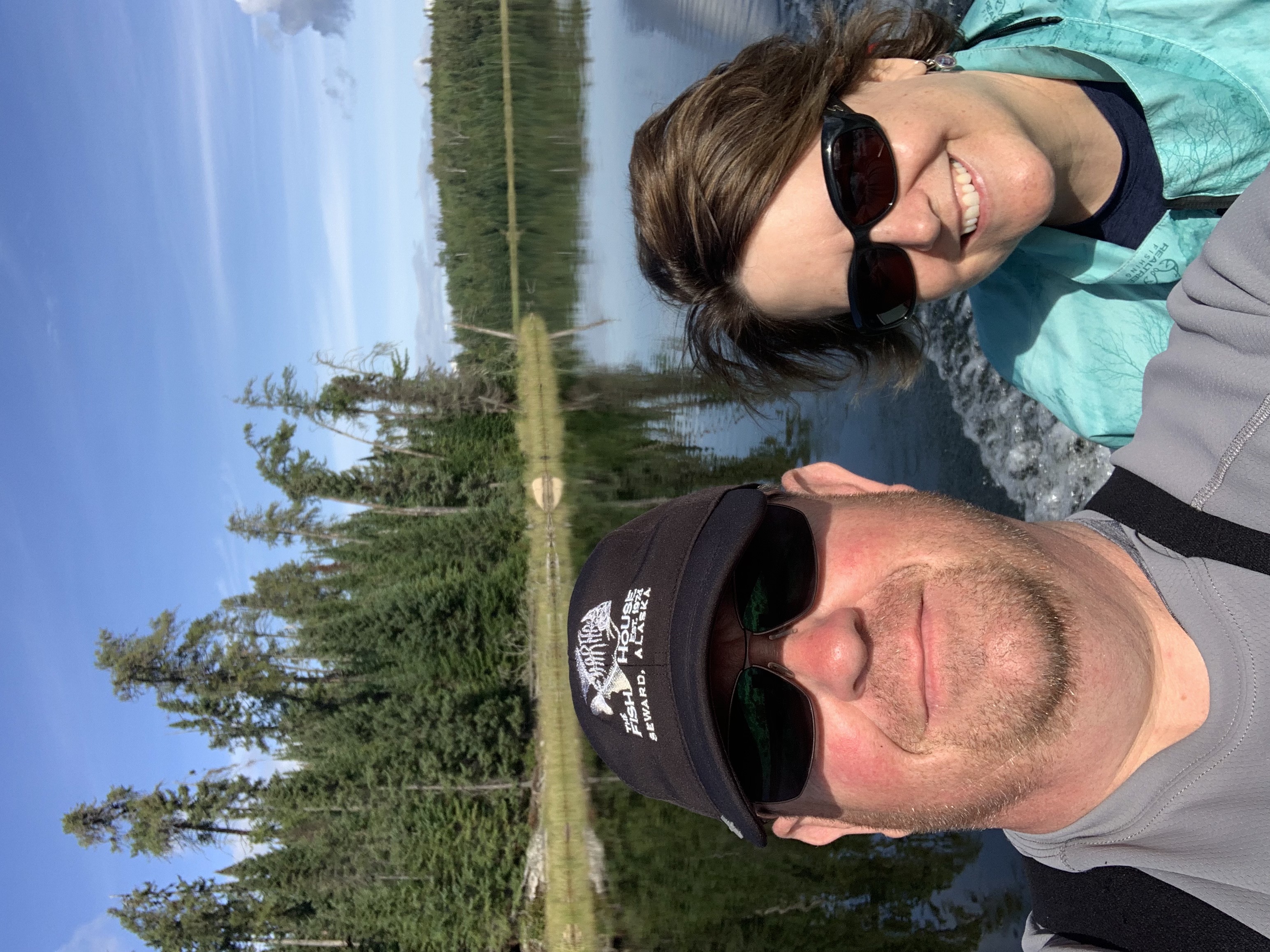 Mike and Laura posing for their selfie, not sure who is guiding the boat, just kidding Ben was their pilot for a great day of fishing on the lake. 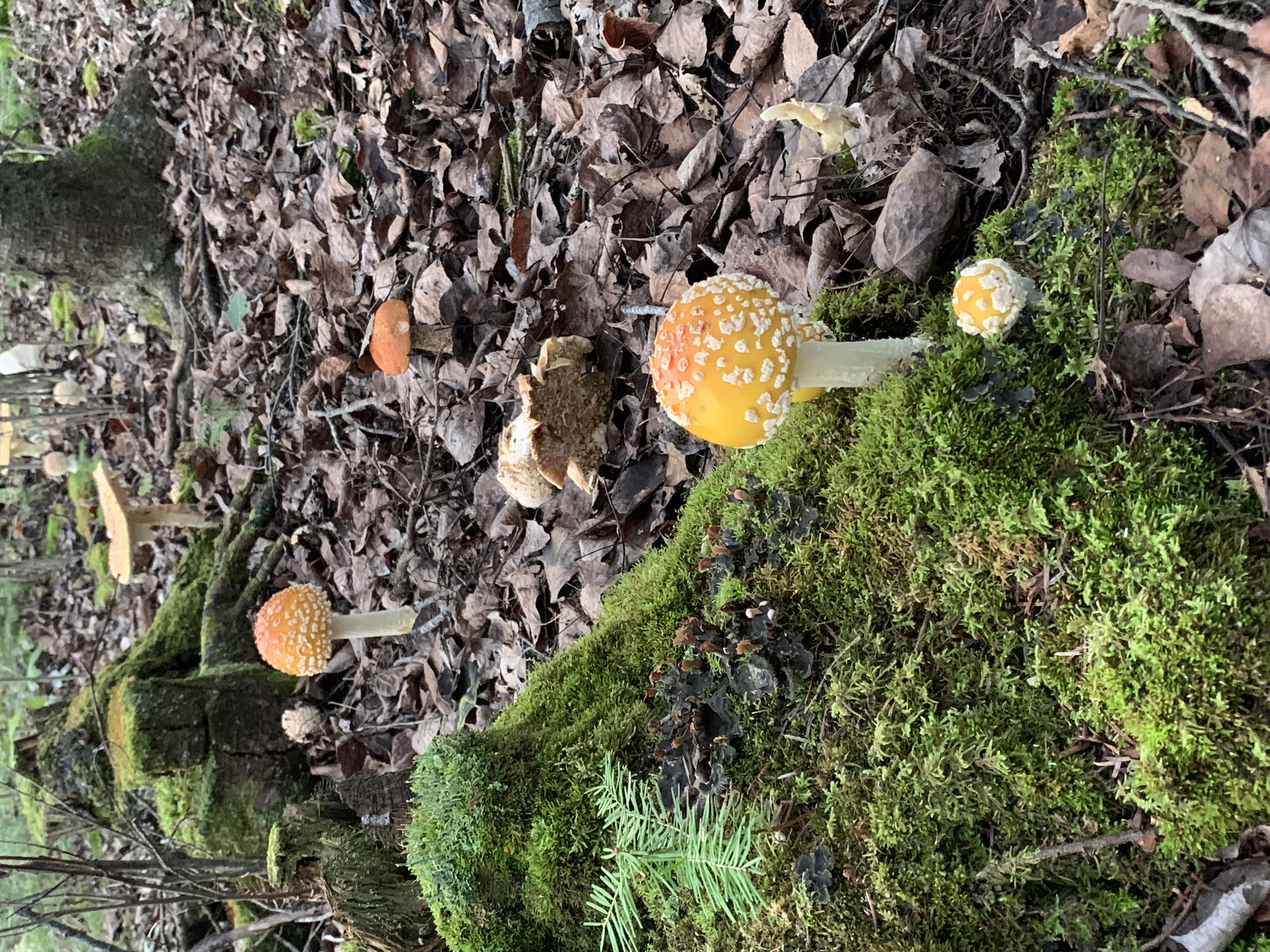 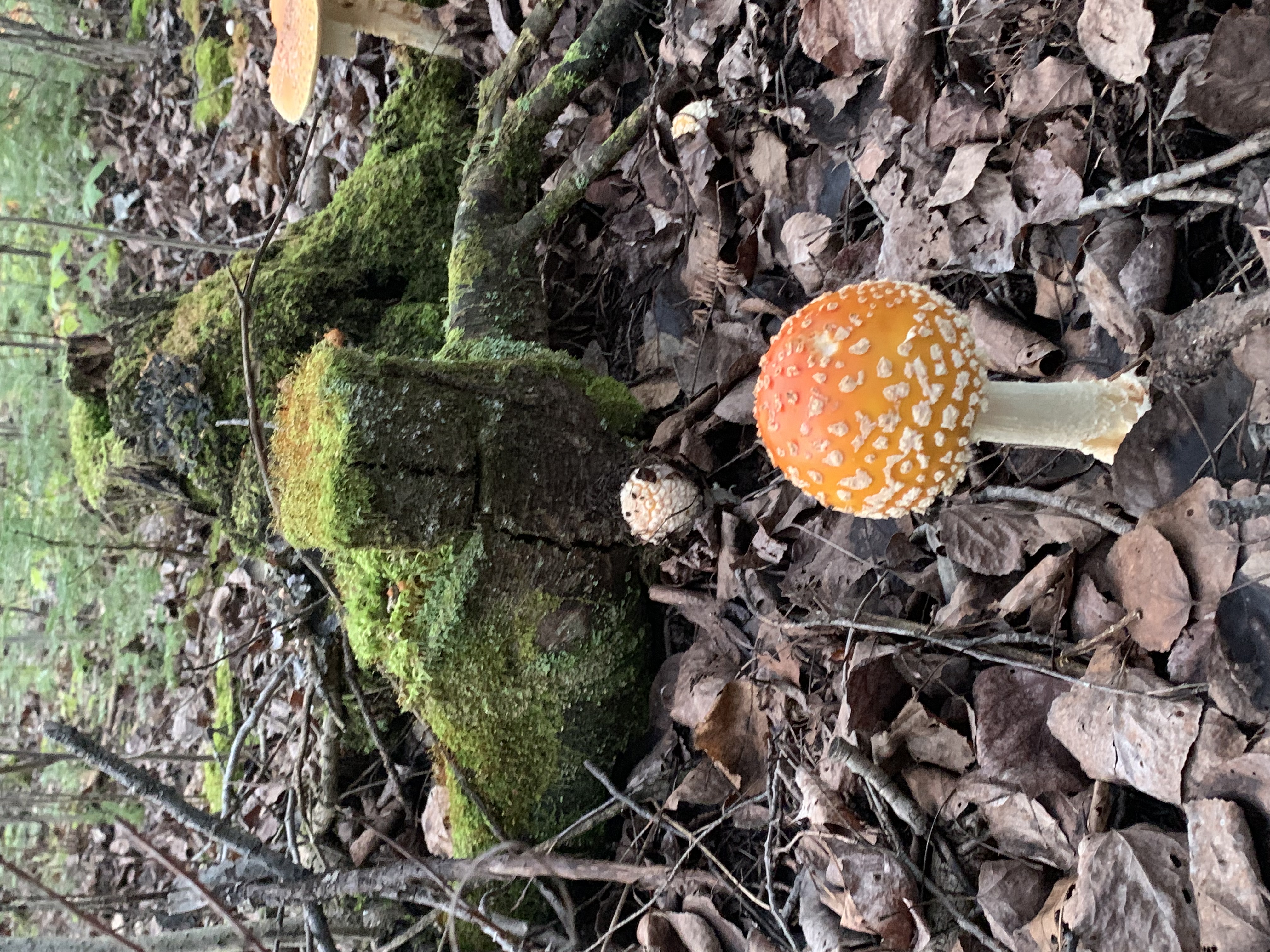 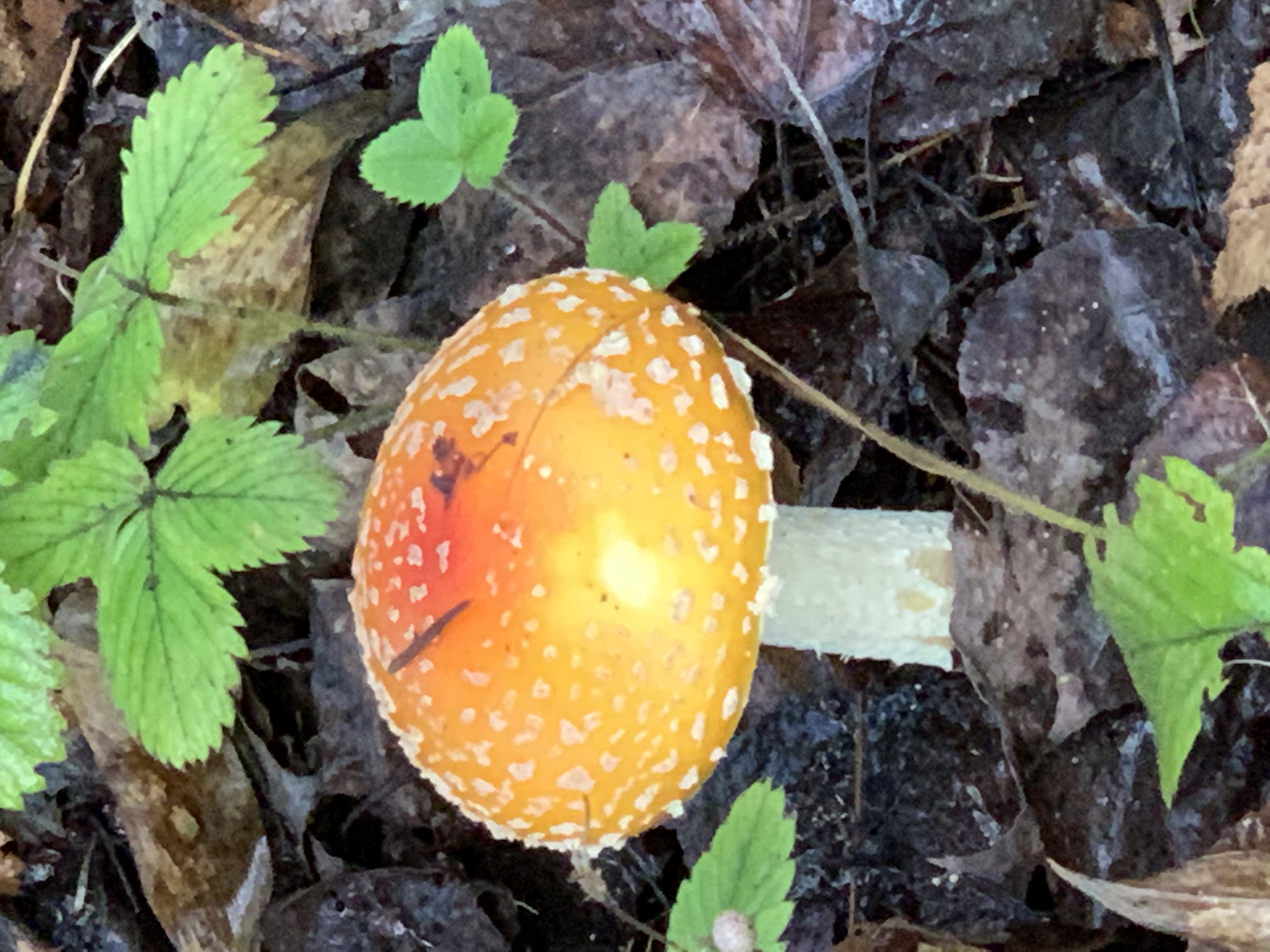 Laura enjoyed taking some great pictures of some of the cool but probably not edible mushrooms that have recently popped up around the camp. 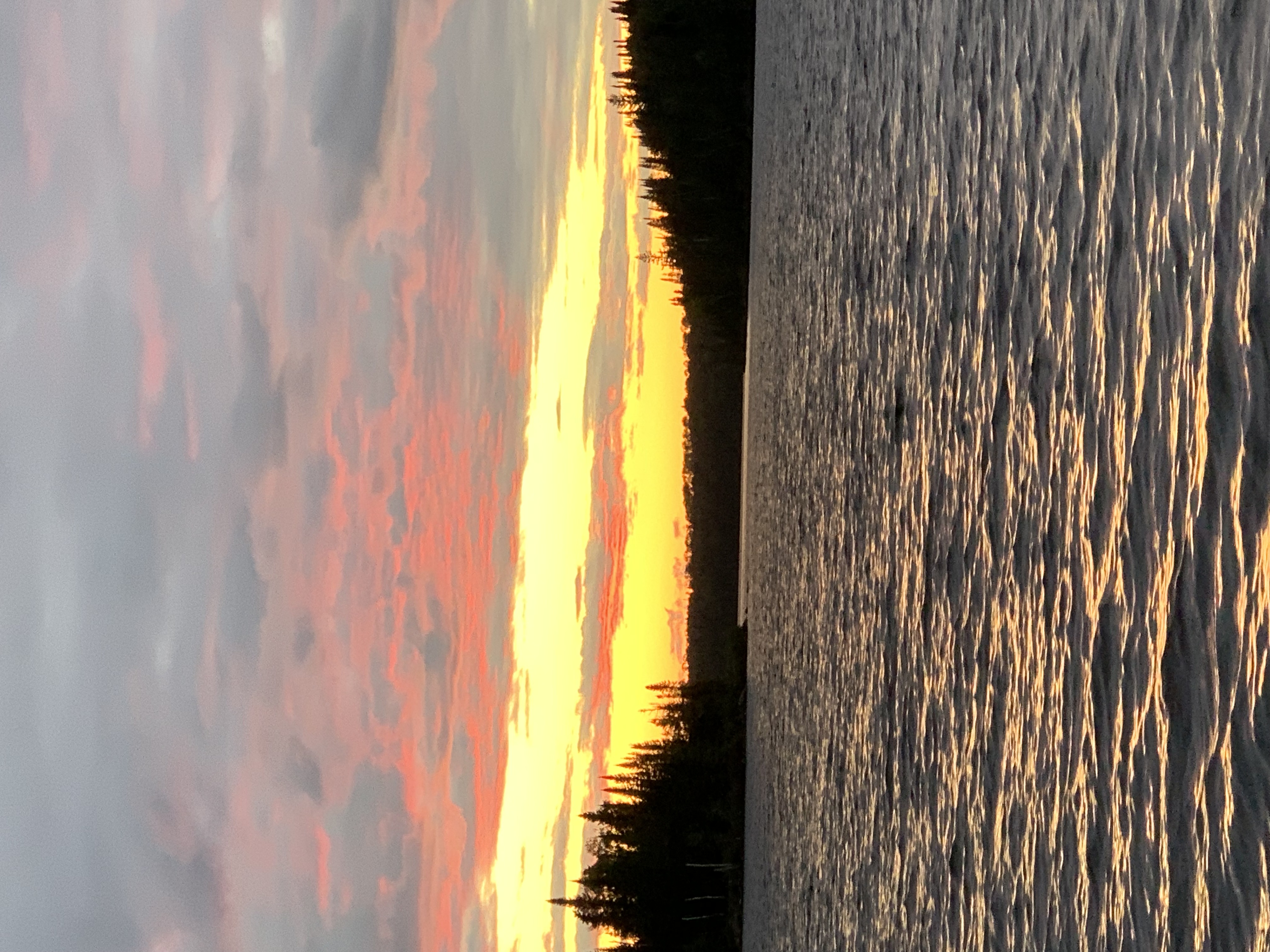 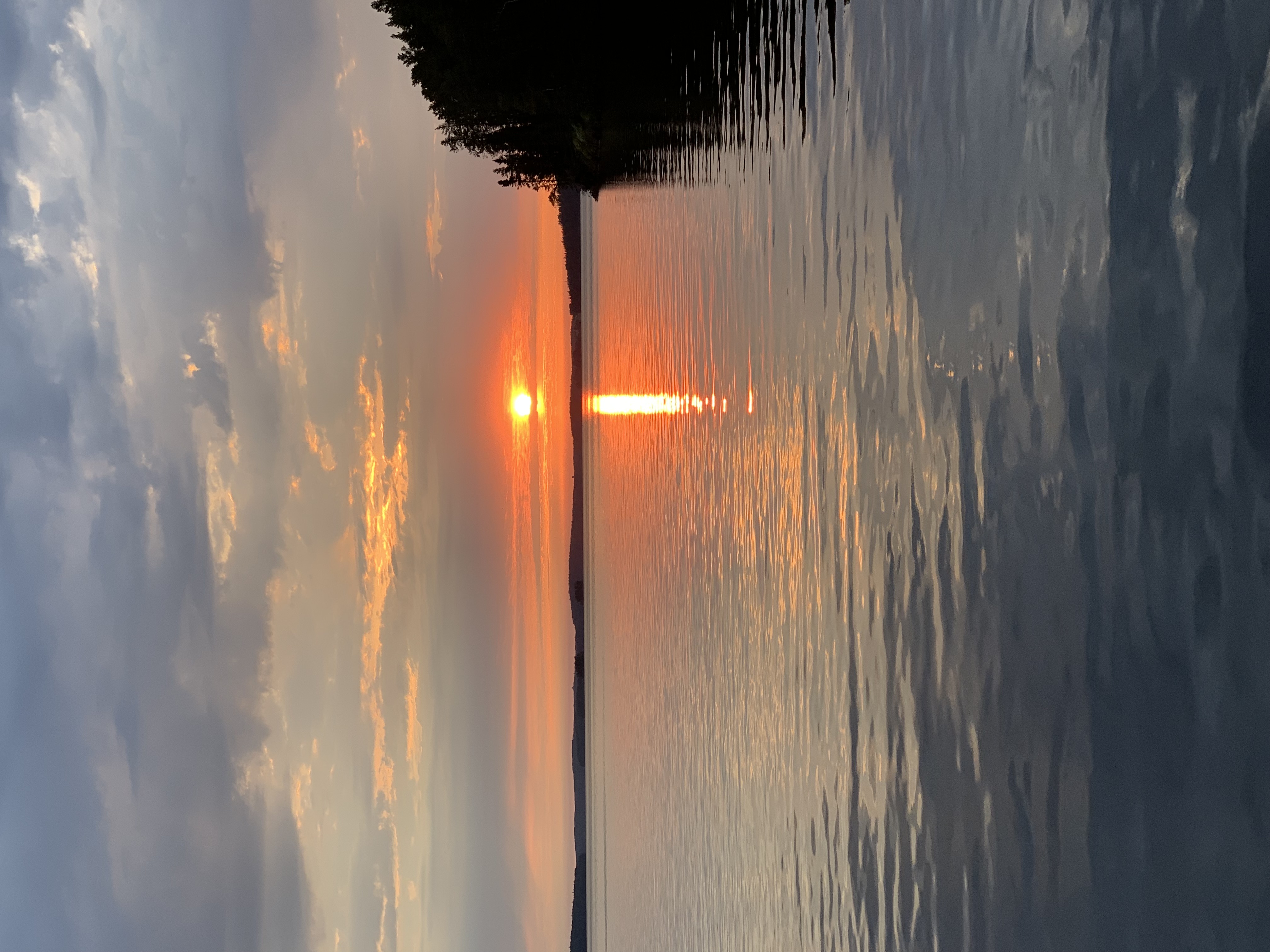 Another couple of beautiful sunsets here at the lodge, Thanks for the great shots of something that we never get tired of seeing 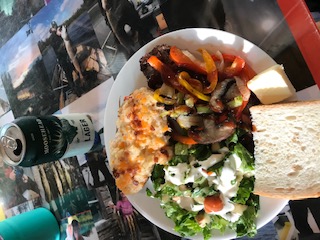 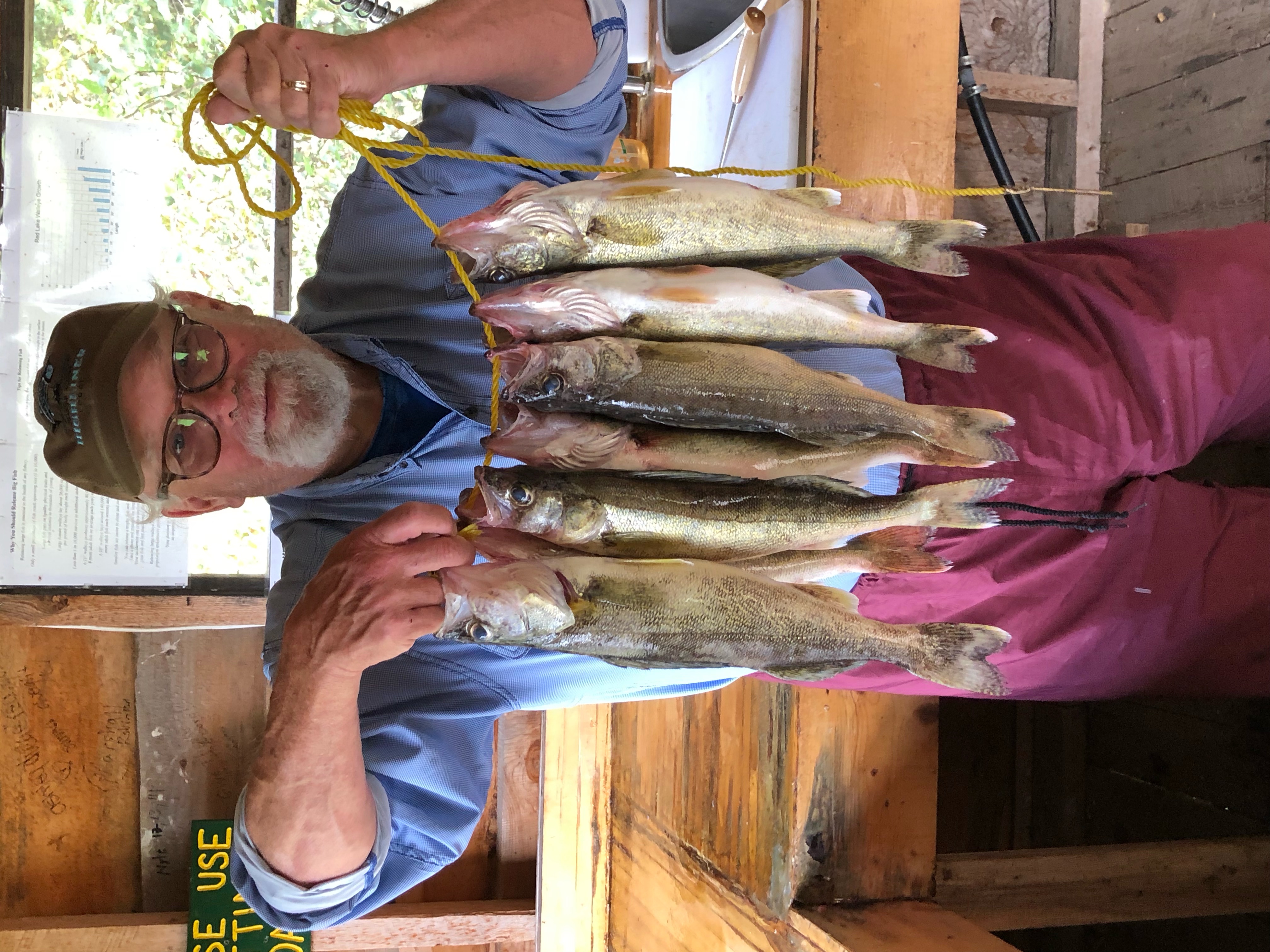 Bob with a nice catch of eater walleyes. 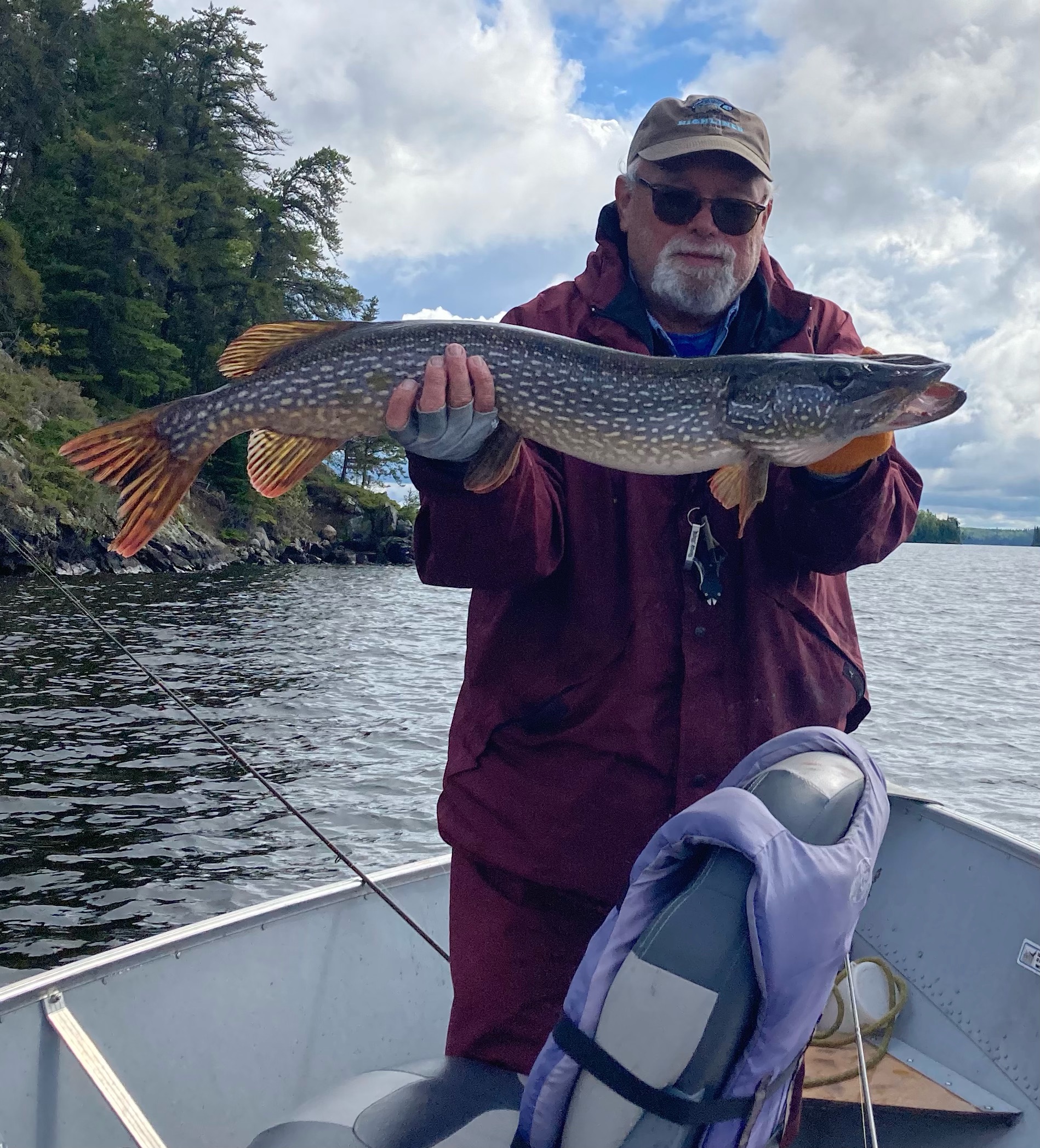 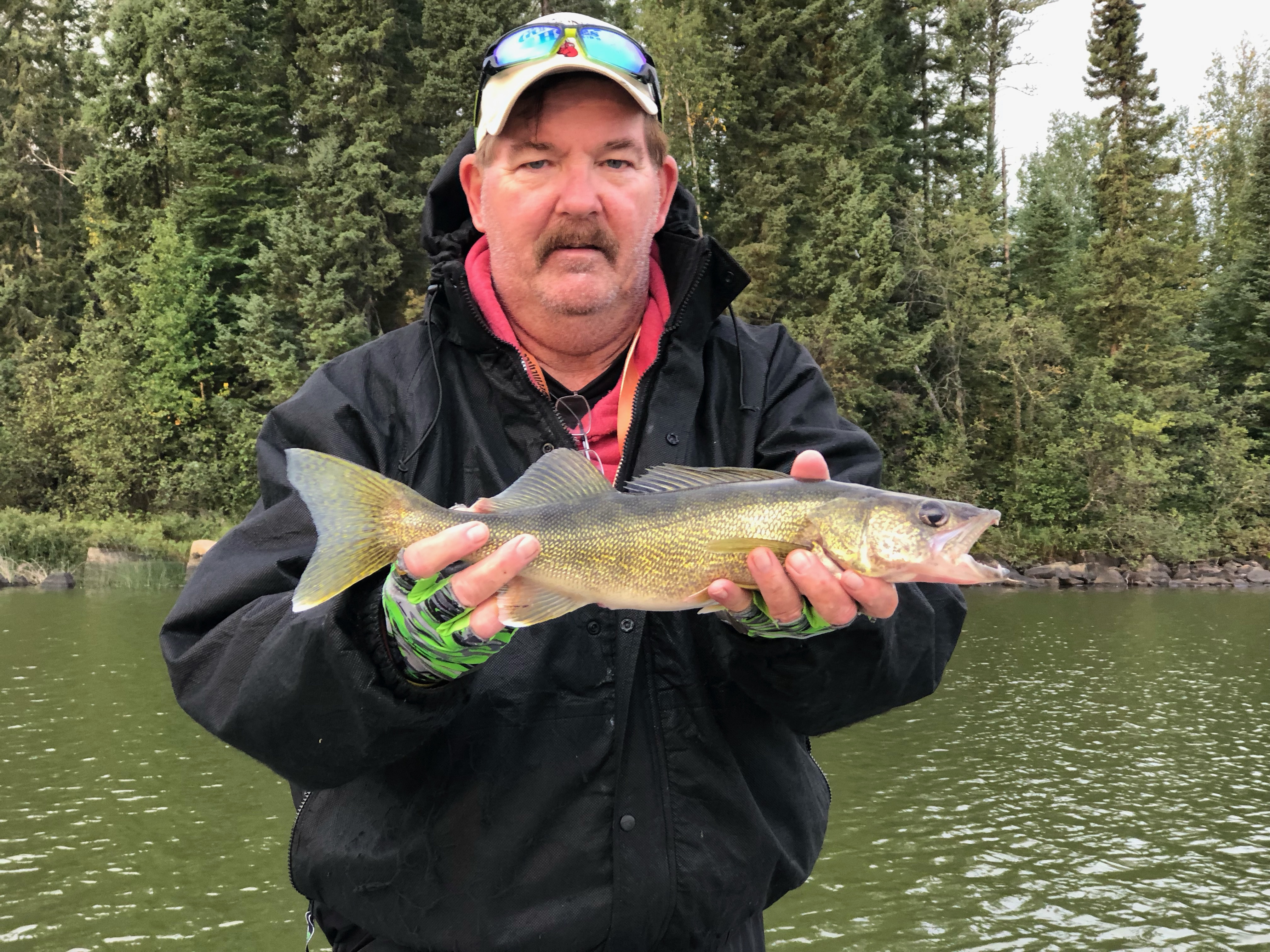 Tim with a nice walleye. 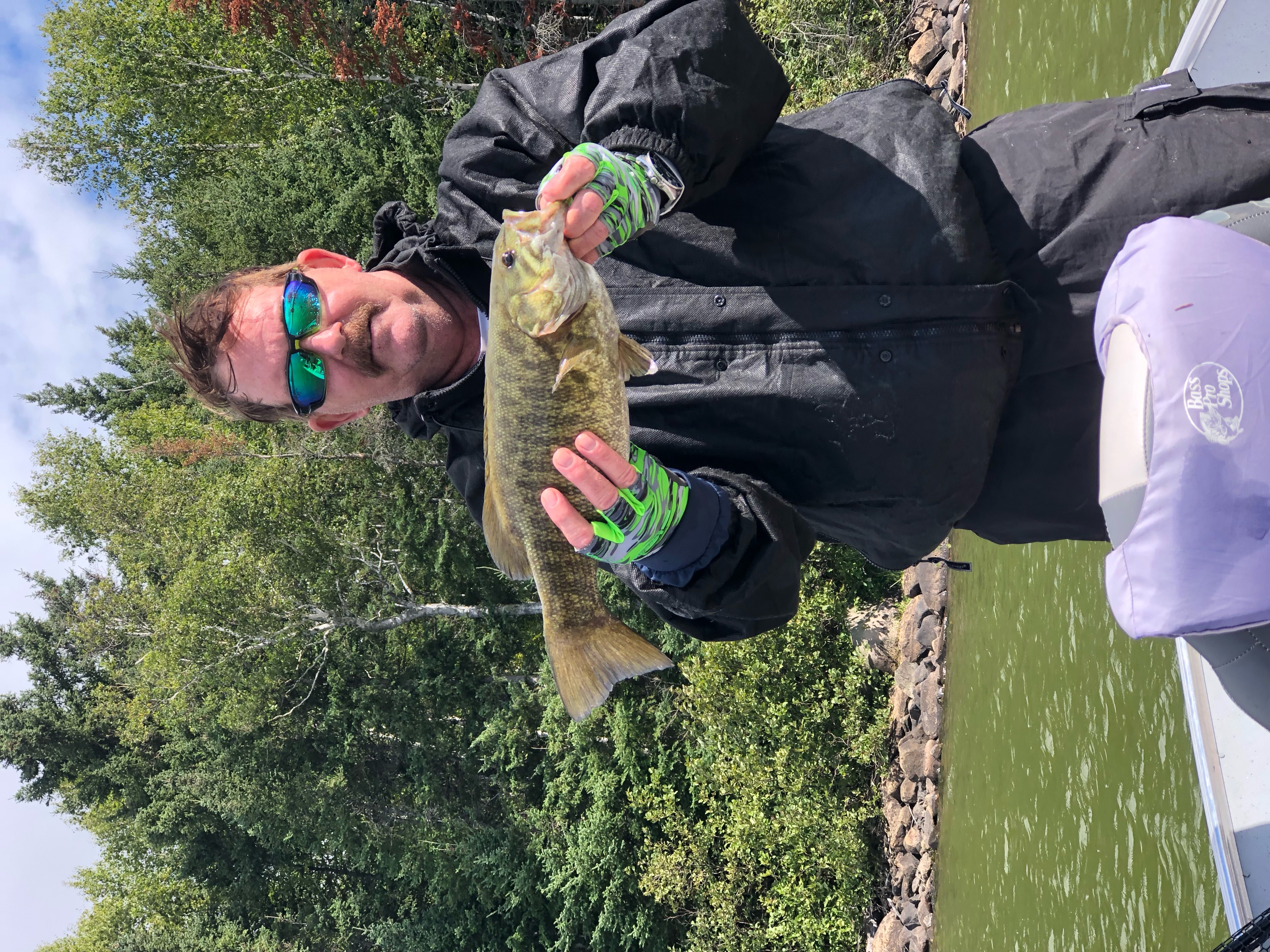 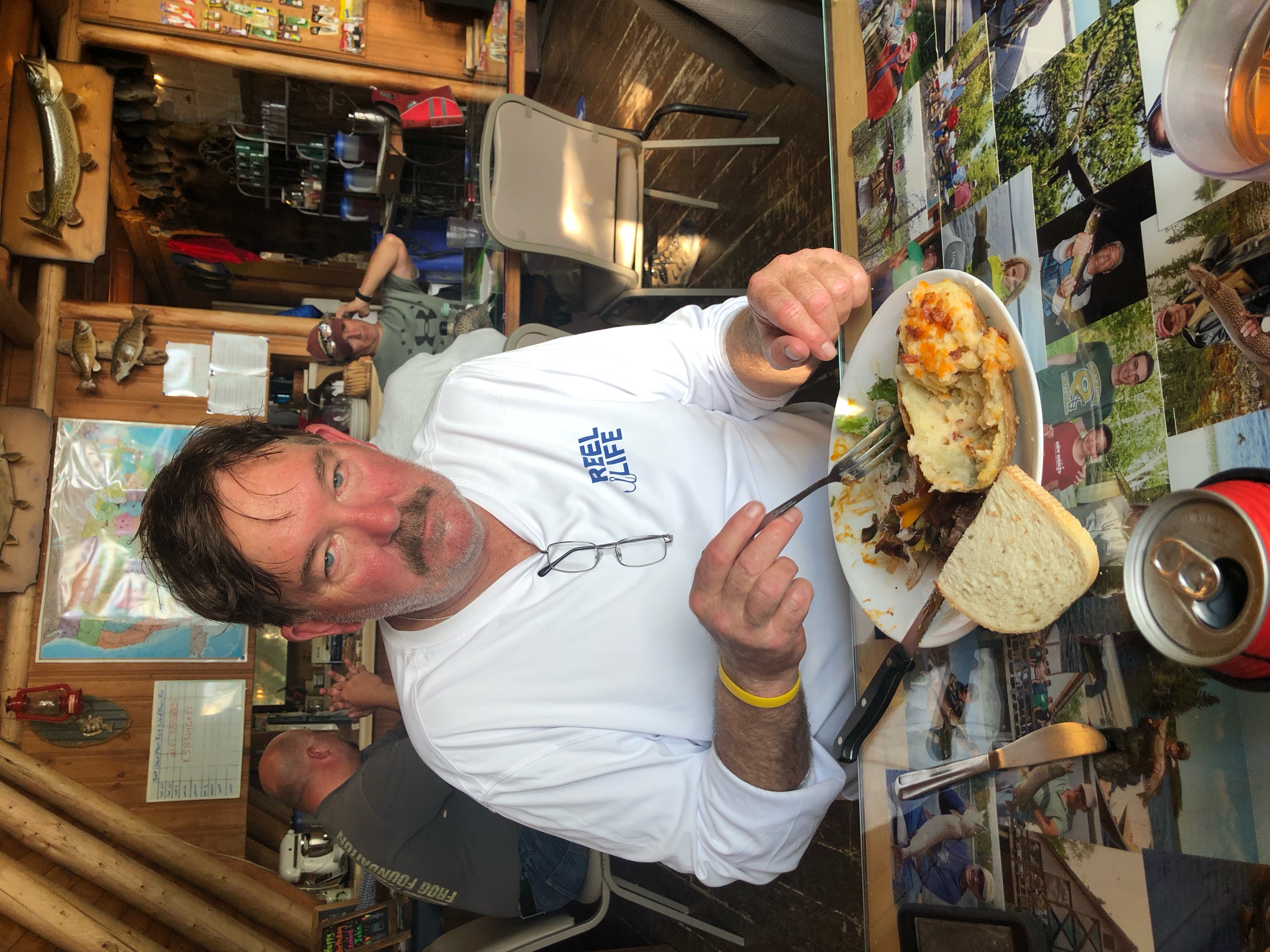