We have been meaning to share the pictures from our last group of guests, especially the flurry of really nice sized walleyes that were caught and released on Parker Lake.  We had one guy who had the magic combination because he caught a 23″, 24″, 25″, and a 27″ walleye in the SAME spot within 24 hours! 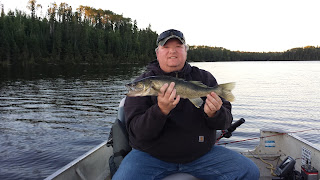 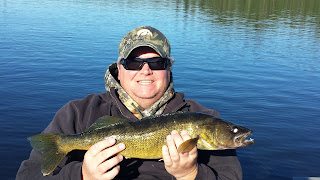 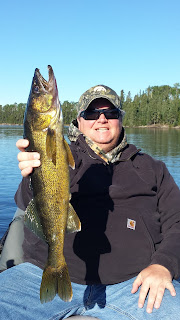 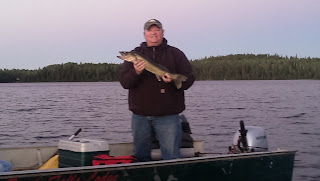 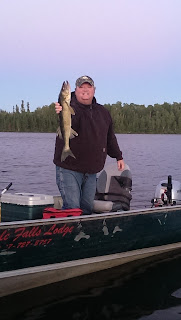 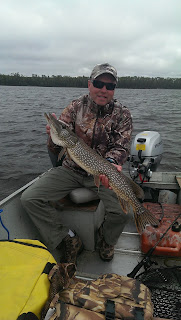 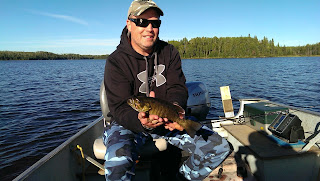 Nice smallmouth Dan!
And their cousin, Brad, with a few northern off of Parker Lake: 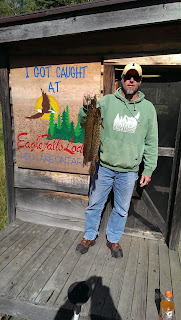 The other guys up that week had a nice week of fishing as well.  Here is Larry with some nice northern he caught and released on Parker Lake: 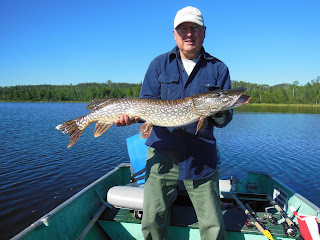 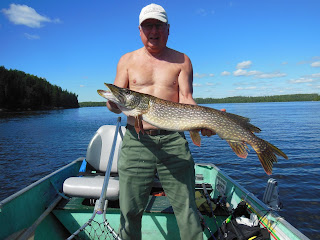 And Bob with a nice walleye on Parker Lake: 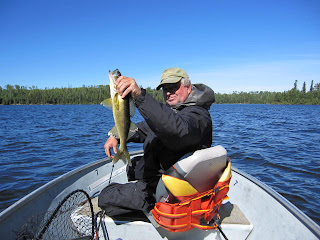 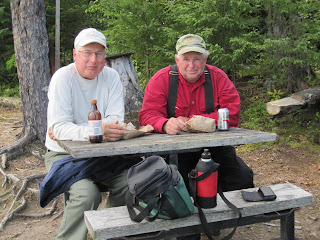 Larry and Bob had to take a lunch break after catching loads of fish!
We got in on some shore lunch action for the last time as well: 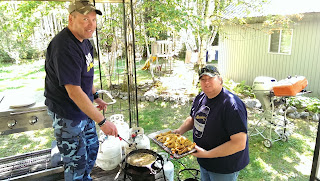 It is hard to believe these guys left a week and a half ago already!
As we stay busy closing up camp we are definitely soaking up the last few days of  being able to enjoy the view overlooking Parker Lake.  The weather has been PERFECT.  Getting to spend so much time outdoors is really nice.  Just a single boat remains in the water on both Parker Lake and Red Lake.  Travis likes to put that job off until the last possible moment.  The finality of it is a bit painful I think. 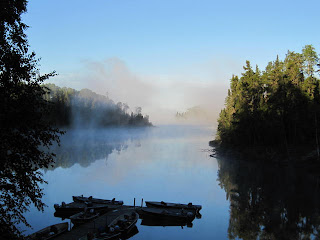 It is hard to leave this place, as all our guests know!