Bob & Dean had some challenges last week.  The depth finder in their boat was only working intermittently which is tough when you are trying to learn a new lake.  On one of the occasions when the finder was cooperating they found a nice mid-lake hump to try.  After each catching a fish on their first cast, Bob’s second cast broke the line and sent his best lure of the week flying away.

All is lost right?  Not quite.  After motoring in the direction of the lost lure they found some of the fishing line still floating in the water.  After grabbing that it felt like it was stuck on something.  A snag?  How about a slot sized Northern Pike?!

Bob managed to “reel” in the line by hand and land a nice fish.  As a bonus, he got his lure back! 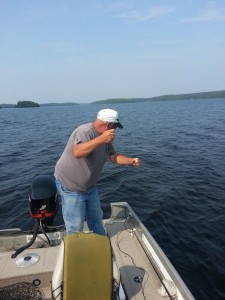 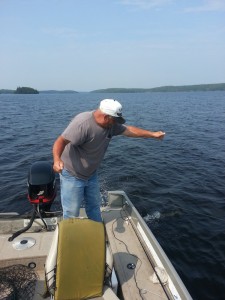 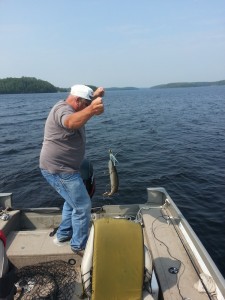 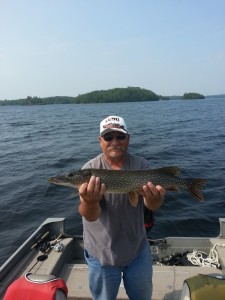 Definitely not your normal catch, but hey – it works!