2012 seems to be the year of the Northern Pike at Eagle Falls Lodge.  We’ve had a record year for numbers of big Northerns caught and released.  You might remember a few days ago we had a flurry of activity on the catch & release board.  The group that was targeting Northerns has headed home, but the numbers they left behind on the board are staggering.  They caught and released 154 Northern Pike measuring 30″ or more and 20 Northern Pike measuring 40″ or better.  That’s an average of fourteen fish 30″ or better and nearly two fish 40″ or better in each boat.  Not bad right?

Here’s how the group fared over the last four years with us.  This is even more impressive considering this was the smallest group size over the past four years. 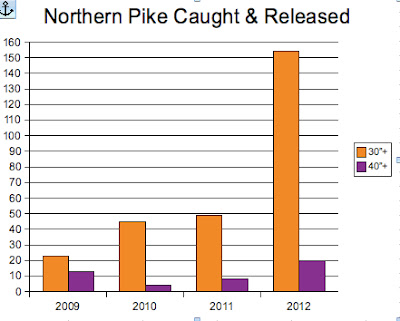 It’s especially great to know that so many fish are being caught in the 27.5″ – 35.5″ slot and many of these fish will survive to become trophy sized.  Here are a few more shots of big fish from the week:
Scott’s 42″ Northern 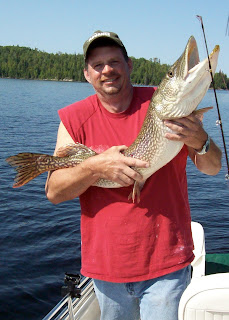 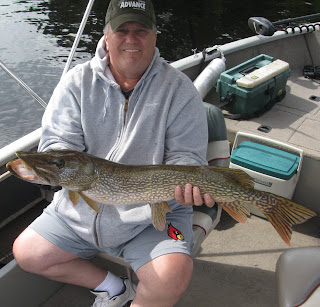 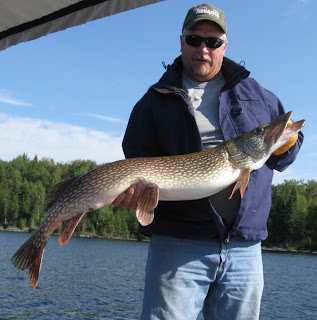